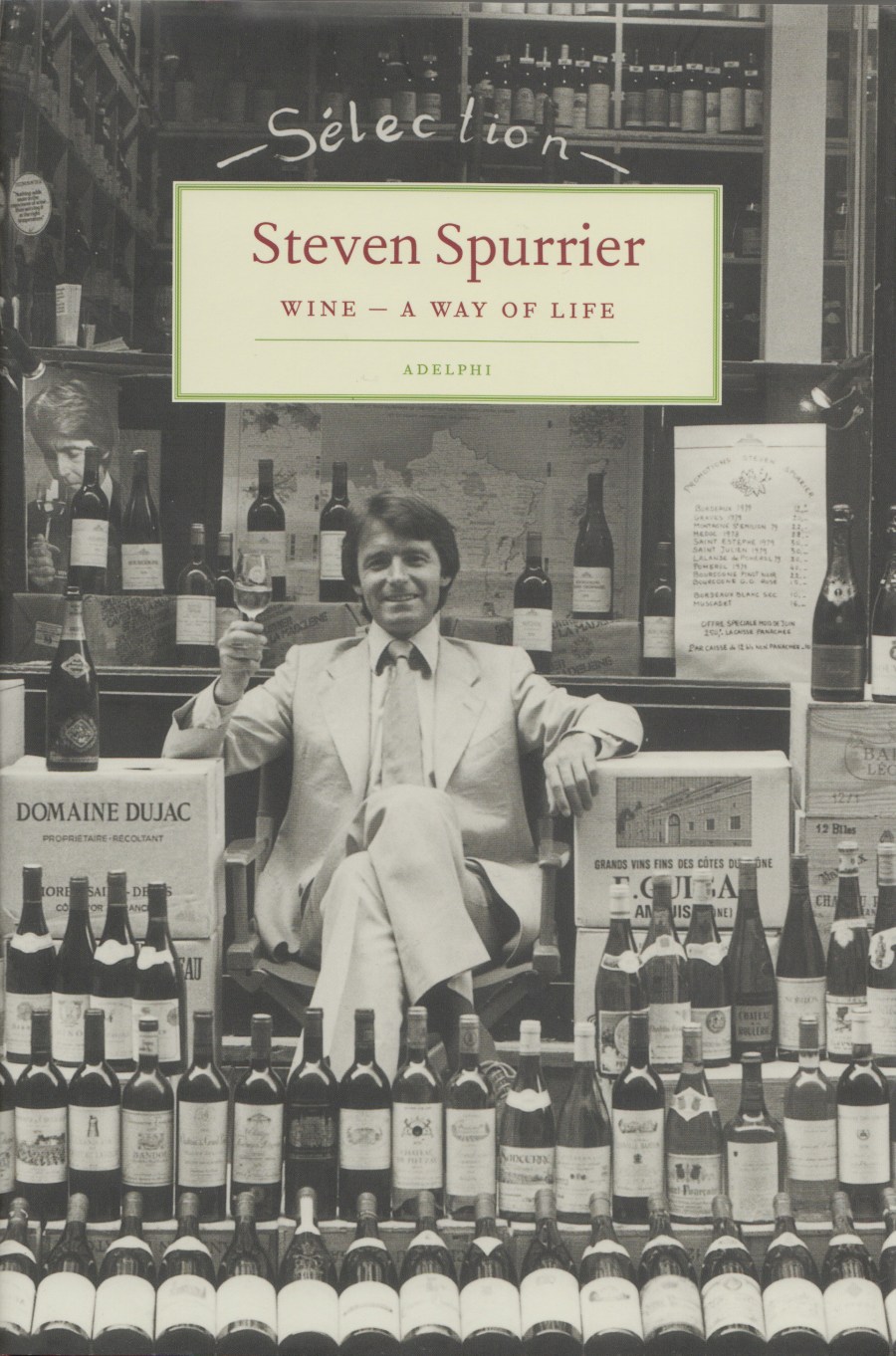 Following a rich and eventful life in the wine industry, Steven Spurrier, owner of Bride Valley vineyard in Dorset, has released his autobiography, Wine – A Way of Life.

“I have four grandchildren who are between 12 and 8 years old and it is obvious to them that wine is the driving force in my life,” said Steven Spurrier. “I was planning to write just 50 pages to tell them what my life in wine had been about, but after speaking to a friend in publishing I ended up writing a book.”

The captivating journey through Steven’s life starts with the recollection of his grandfather giving him a glass of Cockburn’s 1908 vintage port on Christmas Eve in 1954; the extraordinary taste of which fascinated the thirteen-year-old and inspired him to seek out wines and make his career in the industry.

From there the memoirs draw on Steven’s early education, his initial move to the capital to study at the London School of Economics and his first wine job as a trainee at Christopher and Co, one of London’s oldest wine merchants.

“It took a year to write but I had been thinking about it for a long time in my mind. The years up to 1990 took a bit longer because it was driven by memories and then from 1991 onwards I kept a diary and was writing for Decanter from 1993, so my articles told me where I was.”

In his book, he also discusses his love of art and while he contemplated it as a fall-back profession, fortunately for the international wine industry (commiseration to Christie’s Auctioneers) this remained just a hobby.

Over his career Steven went on to revolutionise the wine world, from the establishment of France’s first private wine school, L’Académie du Vin, which was relaunched in October 2017, to his controversial Judgment of Paris blind tasting which pitted six Californian Chardonnays and six Cabernet Sauvignons against four white Burgundys and four red Boudeaux, changing the wine world forever.

Wine – A Way of Life provides an overview of how the industry has developed over the last 50 years and follows the highs, and lows, of Steven’s career, providing a window into the life of one of the industry’s most influential characters.

“I very much appreciated the opportunity to get the bad times off my chest,” said Steven. “It was exactly like therapy and it was very cathartic recalling the bad memories, writing them down and knowing that I don’t need to come back to them again. I make no bones about my privileged start and I learnt that I shouldn’t have trusted all the people I did in the past, that I haven’t always been a great judge of character and that people took advantage of me.”

In his final chapter aptly named ‘poacher turned gamekeeper’, he delves into his first experiences pouring his own Bride Valley wines for the trade and the general challenges he now faces as an English vineyard owner.

“I don’t regret Bride Valley, although long term it is costing me more money than I thought it would. We had a superb year in 2014 but since we have had some very quantity deficient years. The 2017 vintage was really a setback because this time last year we were looking at 30,000 bottles, but with a terrible attack of downy mildew that dropped down to 10,000. If we can get over half a bottle per vine from our 42,000 vines, we can just about break even.”

While Steven had to cut four chapters aimed at wine enthusiasts along with some after dinner stories, and aside from a few spelling mistakes in the first edition, he is thrilled with the book.

“I didn’t expect to see my memoires in front of me in print,” he said. “I knew I had to do it, but I didn’t think I would and now that I have I am very pleased.”