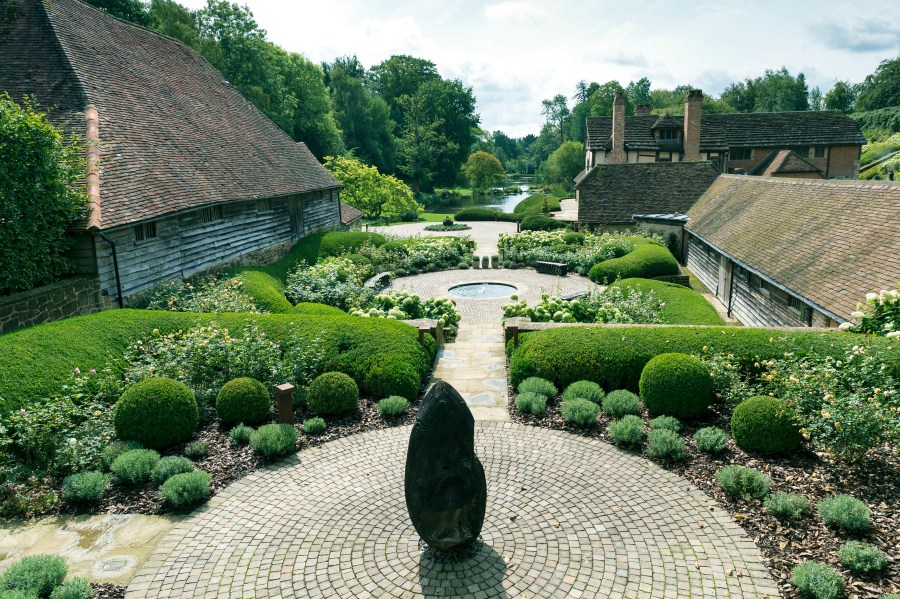 Arriving at Nyetimber’s estate in West Chiltington, West Sussex, I was instantly filled with disappointment. It could not have been raining harder and it suddenly dawned on me that my Barbour and wellingtons were still hanging up in my hallway.

The quickest of dashes down from the car park to the tasting barn left me drenched and looking unprepared. Not the ideal first impression I had in mind when meeting the winemaker of one of the most revered and iconic English sparkling wine brands.

However, within seconds I’d completely forgotten how embarrassingly frizzy my hair was going to look and was instead soothed by a large open fire to my left, a coffee in hand, spectacular views ahead of the manor house’s garden in full bloom, and the soft Canadian tones of Brad Greatrix, winemaker at Nyetimber.

Contemplating the outstanding success and status of the Nyetimber brand and last year’s stint of negative press stories surrounding the estate, I had somewhat imagined that anyone working there and involved in creating such a high-flying product would be both intimidating and slightly arrogant.

There is a saying about what happens when one assumes something, and quite frankly I could not have been more wrong in my preconceptions. Operating within an atmosphere of class and refinement, Brad, zealously knowledgeable about English sparkling wine and Nyetimber, was in fact one of the most balanced, down to earth and modest winemakers I have met.

Nyetimber estate was mentioned in the Doomsday Book, having belonged to the priory of Lewes, it was taken under Henry VIII’s control after the dissolution of the monasteries, before being gifted to Thomas Cromwell and finally handed over to Anne of Cleves in the annulment settlement.

Fast forward almost 450 years and the estate, complete with 16th century manor house and 15th century medieval barn, fell into the capable hands of Americans Stuart and Sandy Moss, who took the bold and pioneering decision to solely focus on growing the Champagne three, with a view to exclusively producing traditional method sparkling wine.

“Our viticultural history began in 1988 as the first Chardonnay, Pinot meunier and Pinot noir vines were planted,” said Brad Greatrix. “It was a complete first for England but for me our biggest step forward was actually in 2006 when Eric Heerema bought the estate. He is as passionate about wine as anyone I know and came to this place because he could see unfulfilled potential. In terms of the soil and the slopes, Eric knew that it had all the characteristics of what would be needed to become a world class sparkling.”

Helping Eric to achieve this world class status, Brad and his wife Cherie Spriggs (head winemaker at Nyetimber who was recently named the International Wine Challenge’s sparkling wine maker of the year) moved to the West Sussex estate from Canada after a bottle of Nyetimber was given to them as a gift.

“Cherie’s father was born in Cambridge and her parents travelled regularly from Canada to the UK,” said Brad. “After one of their trips they bought back a bottle of Nyetimber. We tasted the wine and it made such an impression on us that we got in touch, in a speculative way, to say that we were two winemakers who didn’t know anything about the English wine industry, but would it be crazy for us to move here.”

After exchanging various emails, CVs and phone calls Cherie and Brad were taken on and started work in mid-February 2007, just three weeks after the initial “stab in the dark” email.