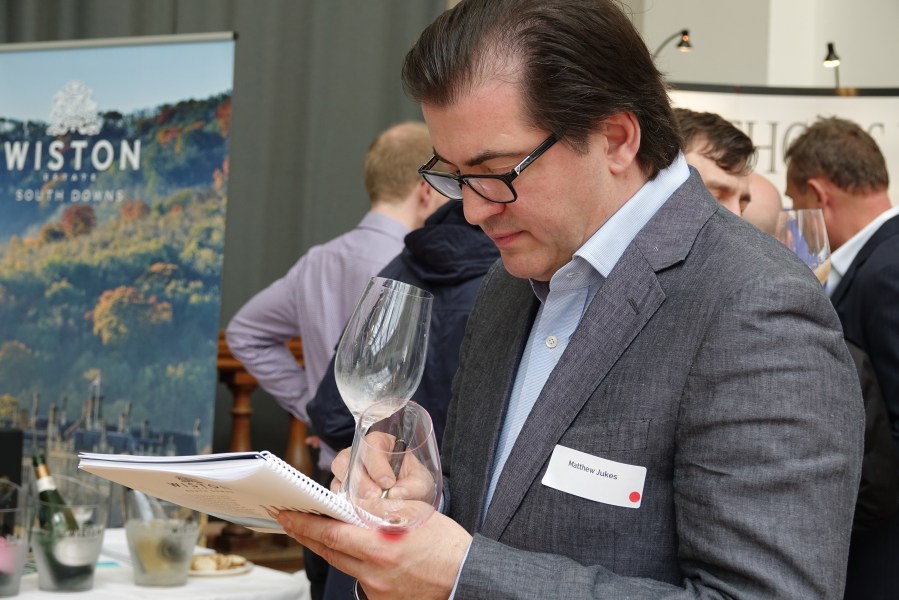 The 26 April was always going to be a challenge with no less than four important wine tastings to squeeze in on the day, all dotted across London.

Julia Trustram Eve, Wines of Great Britain’s (WineGB) marketing director, made the call and opened the doors at Lindley Hall an hour earlier than scheduled, which was very kind of her. Unfortunately, while this meant I could crack on with the wines, the overwhelming glue smell in the room, which came from the massive rolled-up WineGB posters which were being hung on the walls, made it awfully difficult to taste. But ‘keep calm and carry on’ mode kicked in and four hours later I had tasted every wine in the room. This was, without doubt, the finest tasting of English and Welsh wines ever held on our shores.

The average quality of wines in the room continues to rise and while there are a lot of, what I would call, ‘bronze medal-shaped’ bottles on display, more and more of these are graduating to higher scores in my notes. There was a great vibe in the room, too, which is half of the battle. I was aware of winemakers gathering together to taste each other’s wines, swap stories and share tips and this can only be good for our business. In the end I found a lot of wines to write up and as this is my currency, I was thrilled. Along the path, I kept my eyes peeled for three wines of particular note to feature in this timely edition of Vineyard.

I had no idea what I was looking for, but I knew that each wine had to have a story, taste great and change the paradigm for the winery. These three criteria, when truly aligned, offer the wine lover everything they are looking for in a wine. Real magic, the sort that captures the imagination and sets the pulse racing, happens when the flavour is memorably backed up with a ripping yarn and a dash of endeavour. I found a lot of superb candidates on the day, but my three chosen wines opposite were the winners by a long chalk. I hope that you track them down and see in them what I do – not just flavour, not just the story, but the desire, inspiration and hard work which has gone into making them paradigm-shifters. 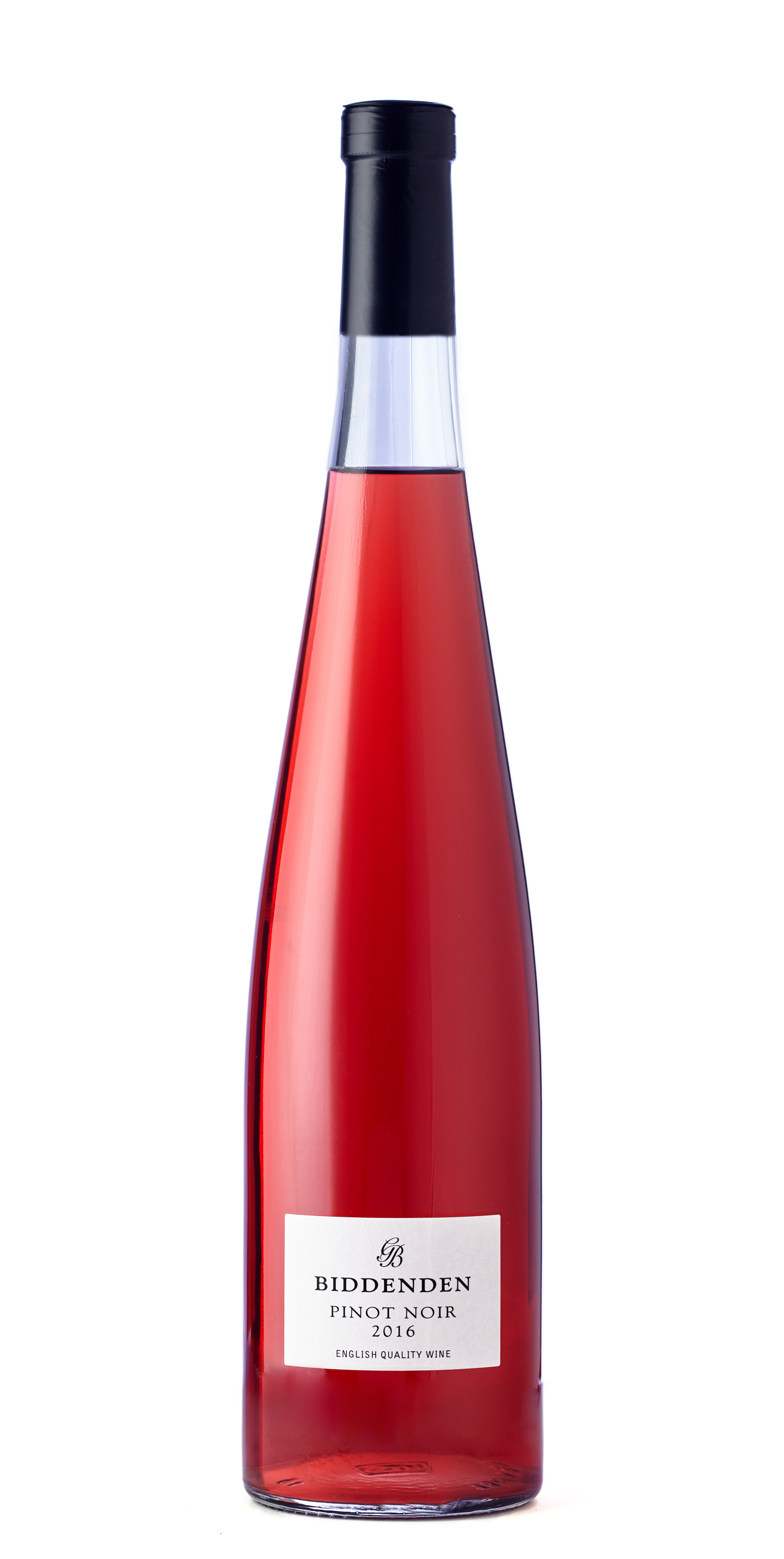 Julian Barnes is a modest chap and I always look forward to tasting with him. His Ortega is a beautiful wine and I always find treasures on his table. He showed me a 2017 Bacchus which won’t be released until next year and it was a triumph. But a big shock came when he asked me if I fancied tasting a 2016 Pinot Noir while pulling out from under the table a bottle which looked like a giant, red, slender, lava lamp! He explained that the weather was perfect at harvest and he made this wine with very soft handling techniques, akin to a making a top white wine. It is silky, refreshing, perfumed, pale, red-apple-skin and cherry-stone-soaked and I could have drunk a bottle on the spot. The team clearly got carried away when they first tasted this wine because they rewarded it with its very tall, eye-catching bottle, which apparently doesn’t fit in the boxes in the shop. Hilarious. Great wine, great story and an unexpected harvest resulting in a mesmerising wine – all of the ingredients for a best-seller.

I always like the sweeties at Denbies and the 2016 Noble Harvest is my favourite pudding wine in the UK. That was until it lost its crown to the inaugural vintage of The Brokes which is, to be honest, the turbo-version of my erstwhile number one. Made from a small parcel of vines (only 500 half bottles have been made) this epic wine is a result of a first pick in late October, where the specialist pickers were told to only take the berries with the most concentrated botrytis. This selection was fundamental to this wine’s success.  Having recently returned from writing my Bordeaux Report, I thought that you might like this comparison. The Brokes has 159 g/L residual sugar and 2017 Château d’Yquem has only 148 g/L.  2017 d’Yquem was also the product of a first pick of tiptop botrytis-affected grapes and it is made in exactly the same way, too. While The Brokes might have broken the record for the price of an English wine (£120 per 75cl equivalent) it is still a third of the price of d’Yquem, so I am sure deep pockets will snap it up. I certainly rate it very highly indeed and I hope to see more of this wine being made in the future, after all there were 80000 bottles of d’Yquem made in 2017 and I know that Denbies is a very large vineyard…!

Kristin Syltevik, founder of Oxney, and I chatted about her rather lovely 2015 Classic sparkler, when she said, almost conspiratorially, ‘Would you like to taste my Rosé?’. ‘Of course!’, I replied, ‘Why do you think I am here?’ I retorted.  She meekly produced a lovely looking coral-coloured, wine with a skewwhiff label – which she explained she had just glued on.  It was a stunning sparkling rosé, a category which we haven’t yet remotely cracked within our shores. Hoorah. I asked her what the blend was and she was a little reluctant to admit that they were advised to plant Seyval blanc when they set up the vineyards but that it doesn’t make the grade for her Classic fizz, so they shoved it in here! What a wonderful piece of serendipity.  This wine is all the better for Seyval gate-crashing the Chardonnay, Pinot noir and Pinot meunier party. I cannot recommend this wine enough. It’s an unlikely recipe-breaker, which was out of favour and now a crucial part of the team – until that is Kristin probably swings the axe, so get in quick!