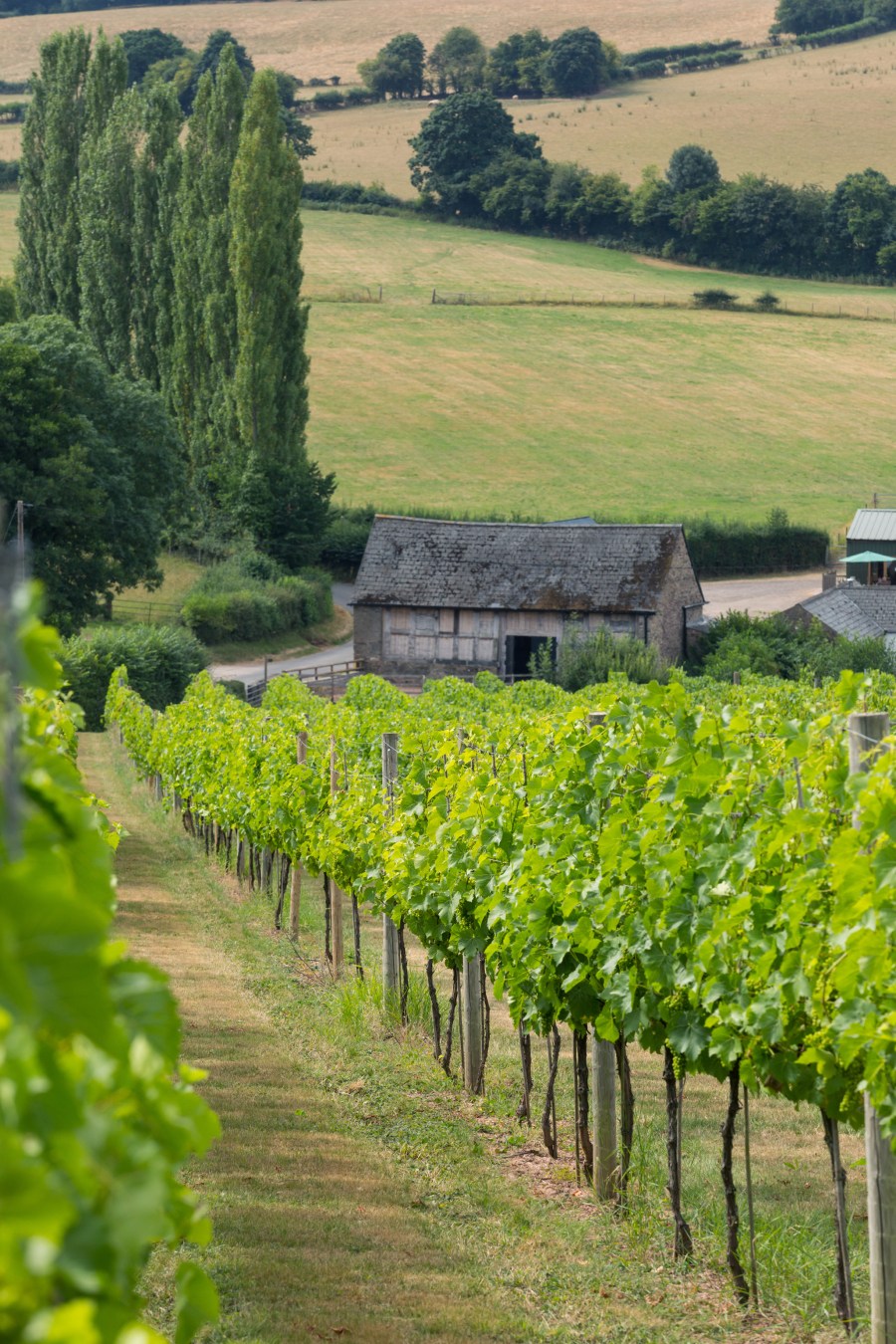 There are currently around 150 acres under vine in Wales, spread across 23 vineyards, with production amassing to around 100,000 bottles of wine per year – a figure which is set to double over the next three years as new planting come into production.

One man with his finger firmly on the pulse of the nation’s growing viticulture scene is Robb Merchant, chairman of the Welsh Vineyard Association and owner of White Castle Vineyard.

Seeking their own escape to the county, Robb and his wife Nicola purchased an old farm with 12-acres of land on the outskirts of Abergavenny, Monmouthshire, in September 1993. Three years later, after converting the old dairy parlour into a bungalow, the site became home for nurse Nicola and postal service worker Robb.

Nicola quickly became addicted to spending time outside on the estate and, after watching a film about a family who had moved to an olive farm in France, decided that a vineyard could be the ideal project which would one day bring in enough income for them not to have to go out to work every day.

Not as keen on the plan, Robb put Nicola off the idea for 12 years – his excuse was that their 12-acres of north facing land was not suitable. In April 2008 however, the council put the five-acre plot adjacent to the back of the property up for sale and Robb snapped it up before realising that it’s steep, south facing qualities would once again spur Nicola into vineyard planting mode.

After much research, visiting vineyards across the UK and engaging a consultant, 5,000 Phoenix, Pinot noir précoce, Regent, Rondo, Seyval blanc and Siegerrebe vines were ordered and vine planting contractor Ernst Weis was booked for May 2009.

“You have to choose your end markets very early on to know what you want to produce,” said Robb Merchant, owner of White Castle. “We decided to focus on still wines, with varieties which would happily blend together and some Seyval for a sparkling option. We had to wait an additional 12 months for the Siegerrebe because it is not widely planted in the UK, but it was well worth the wait. It’s not easy to grow but produces a beautiful wine and will defiantly feature in next year’s vineyard expansion plan.”

Eleven years on and the Merchants have not only been able to leave their old careers behind but have successfully built a thriving estate which boasts a busy cellar door at weekends and supplies its wines to a fine wine merchant in Cardiff, as well as a number of high end gastropubs and Michelin starred restaurants in the local area.

“We sell everything we produce quicker than we would like to, especially with our red wines,” said Robb. “We only make 7,000 bottles per year and focus on quality over quantity so need to be very picky with which outlets our wines end up in.”

Dispelling the myth that Welsh wine is largely consumed by Walians looking to support the local economy, White Castle’s main customer base is a steady stream of English tourists who flock to Monmouthshire, a key food and drink destination.

“They buy it because it is quality and that is the most important factor. We even have a French customer who lives in London and visits us regularly to buy our wines to take back to his family’s vineyard in Bordeaux.”

Nicola and Robb have always focused on producing quality grapes, dedicated their time to the vineyard, and have also built up a very hands-on relationship with their contract winemaker Three Choirs.

“We are very involved in the winemaking process,” said Nicola Merchant. “If you take the 1581 fortified style wine for instance, Martin actually tried to put us off doing it for a long time. But when we released it people were ringing Three Choirs to find out how we had done it. They wouldn’t do anything without having a conversation with us first and they have done us proud really.”

To read more go to the online version of the magazine, see page 20.