Rebecca Farmer holidaying in Rutland describes a vineyard visit from a tourist point of view.

I have long had an affinity with wine tourism. I remember as a little girl looking on as my father repurposed our two litre water bottles into two litre wine bottles at the local winery in Provence, my eyes widening as an ever growing number of people bought an ever increasingly strange collection of containers including industrial size butter tubs– in fact anything but a wine bottle. Some people would consider this the best form of upcycling.

My strongest and deepest attachment to wine tourism came a few years later in Germany. We had been in Berlin when the wall fell (in itself a story of several chapters) but after the frenetic days spent in that city my parents decided that a few days of tranquil serenity were in order and we proceeded to the Mosel Valley. My mother wished only to buy some bread and ham, find a small vineyard, buy some wine and enjoy the surroundings and the river. My father it seems had other ideas and we travelled from vineyard to winery to winery without let up. This illustrates an important yet often overlooked point about wine tourists: they come in many forms. Wine tourism attracts those with different objectives and within a group of four people rarely will they all have the same level of interest and enthusiasm. Catering only to the sophisticated wine tourist may mean that their visit is curtailed by others in the party who may feel excluded from the experience and the vineyard shop will not benefit as much as it might otherwise have done.

At a tender age in a German vineyard I realised what wine tourism should be like and more importantly how it should feel to the tourist. Having stopped at yet another vineyard starting the same process for about the sixth time that day I was approached by the wine maker who asked if “I would like to try something that he had made?” As a child under the age of ten I laughed and said “I am not allowed to drink wine.” He looked at me very seriously and explained he had a tasting just for me. It was of course a red and white grape juice made from the vineyard varieties but he gave it to me on a wine barrel table, served in proper tasting glasses, a little at a time and taught me the correct way to taste it (minus the spitting). The idea was simple but for the first time I felt part of the wine tourism experience instead of a spectator. I felt valued, special and included. He also taught me another valuable lesson “Kinder wine is better than cola.”

I have travelled to many wine regions as a tourist and always marvelled at the beautiful rows of vines and uninterrupted views across some of the most scenic valleys in the world.

More recently these experiences have been closer to home. At Camel Valley vineyard I remember drinking English still wine gazing out across the vines on the terrace of the tasting rooms enjoying an exquisite summer evening having just toured the vineyard guided by Bob Lindo. At Parva Farm Vineyard in Wales the owner let us leave through her back garden and an adjoining field to avoid the quagmire that had developed on the public footpath. I shall never forget passing a mixed case of wine over a stile whilst myself and my companion were planted firmly either side ensuring the safety of our box of goodies before our own!

It’s good to see wine tourism increasing nationally, with large scale organisations such as the Vineyards of Hampshire and The Wine Garden of England (Kent) promoting the idea of wine tourism across a whole county. Each vineyard whilst celebrating their own unique character still benefits from linking to a group consciousness that is good for everyone including the associated trades. However, recognising individuality is a concept that should also be applied to tourists if we are to inspire both repeat visitors and word (or rather taste) of mouth recommendations that lead to both opportunity and the reputation of excellence.

My most recent wine tourism visit was to Rutland Vineyard, situated in England’s smallest county. Despite its small size Rutland is home to some incredible sights from Ospreys as summer visitors on Rutland Water, to fossils that have been resident in the area for much longer. England’s largest Ichthyosaur was recently discovered only a few miles away from the vineyard.

Planting in May 2021 the family team at Rutland Vineyard (consisting of Tim and Zoe  Beaver and their young daughters Maisie and Isobel) have embraced this heritage. Their wine label features a Cetiosaurus, a dinosaur discovered in a Rutland quarry in 1968. The soil being Jurassic limestone has similar properties to other wine regions such as Burgundy and the seven acres currently under vine, mirror the beautiful surroundings. Situated just outside the village of Ketton the vineyard is planted with several varieties including Pinot Noir and Pinot Meunier from which a Blanc de Noir is planned. This site also has a planting of the PIWI variety Caberet Noir which has been planted at the bottom of the site in an area that is likely to be the most susceptible to disease and frost in the hope that the resistance of these vines will protect some of the other varieties. Tim and Zoe Beaver are planning celebrations to mark the first anniversary of planting the vines. Tim explained that the land now planted was in arable production until 2020 when the last crop of malting barley was harvested. The transformation of the site is therefore impressive with the first harvest being planned for 2023. Everything has been done to ensure the success of the vines with the rootstock selection a mixture of SO4 and Fercal.

Having studied at Plumpton, a good three hours from home, Tim said: “The wine community was very welcoming” with vineyards close to Plumpton taking time to look after him whilst he was studying. This is the atmosphere that Tim and Zoe are trying to create at this vineyard. We arrived at the vineyard on a beautiful sunny day to see two children (Maisie and Isobel; Tim and Zoe’s young daughters) amongst the vines. Maisie would later show us fossils of sea urchins they had just found. Embracing the uniqueness of the site there is a one km walk around the vines named The Six Pack Track. Young visitors are encouraged to look at the plethora of Flora and Fauna and there is plenty to see on this walk, besides the obvious; this is after all a vineyard planted on a gently sloping site with distant views of spires. Zoe is very busy at the tasting room and as word spreads about what is on offer the visitor numbers are sure to increase. Tim regularly visits the tasting room area chatting with guests; the day we visited he was taking a break from spraying and eagerly chatting to a family who had been collecting fossils. His knowledge of the local geology captivates both the wine enthusiast and the budding palaeontologist.

It has not all been plain sailing for the new venture as some 3,000 vines that were due to be planted this year failed to arrive and indeed were reported as missing. Whilst the vines are now safely tucked up in cool storage it did mean that Rutland Vineyard missed their planting window. Tim and Zoe have taken a pragmatic approach to the setback, something Tim has developed over his farming career no doubt. As we are talking, we digress to the recently released USDA report discussing the likely result on grain prices.

The team at Rutland Vineyard have done their research and will start vineyard tours in June 2022. The tours hosted by John Atkinson Master of Wine are now sold out, according to their website, proving there is much scope for growth in this area. With a tasting room offering Traditional method and Charmat method English Sparkling alongside tea, coffee and excellent cake Tim and Zoe have achieved their aim of creating an inclusive atmosphere and have drawn on the unique aspects of their site to achieve a marvellous mix that brings an experience that has the vines at its roots but includes the whole family (there are even dog biscuits for your four legged friends available on the terrace). 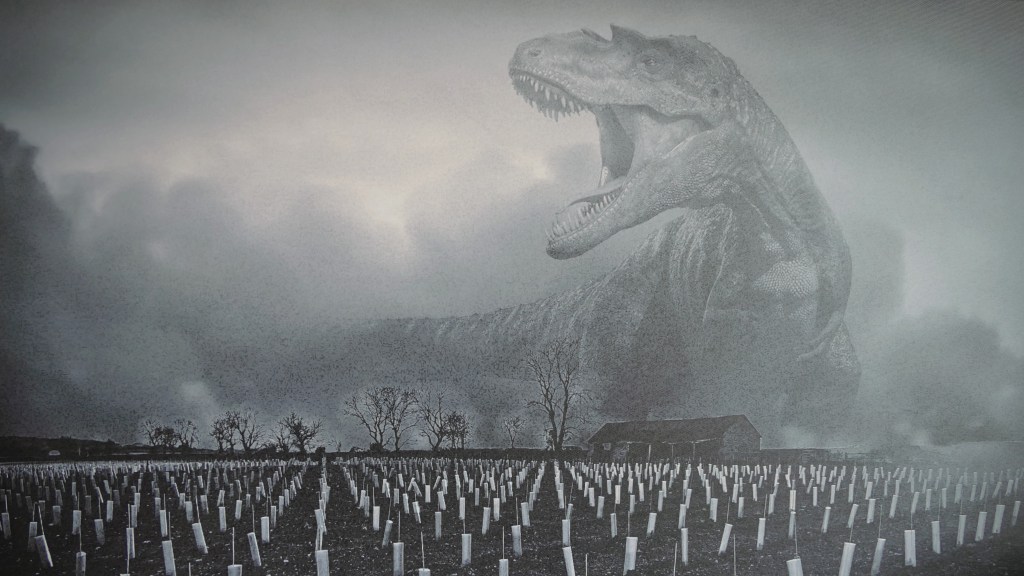 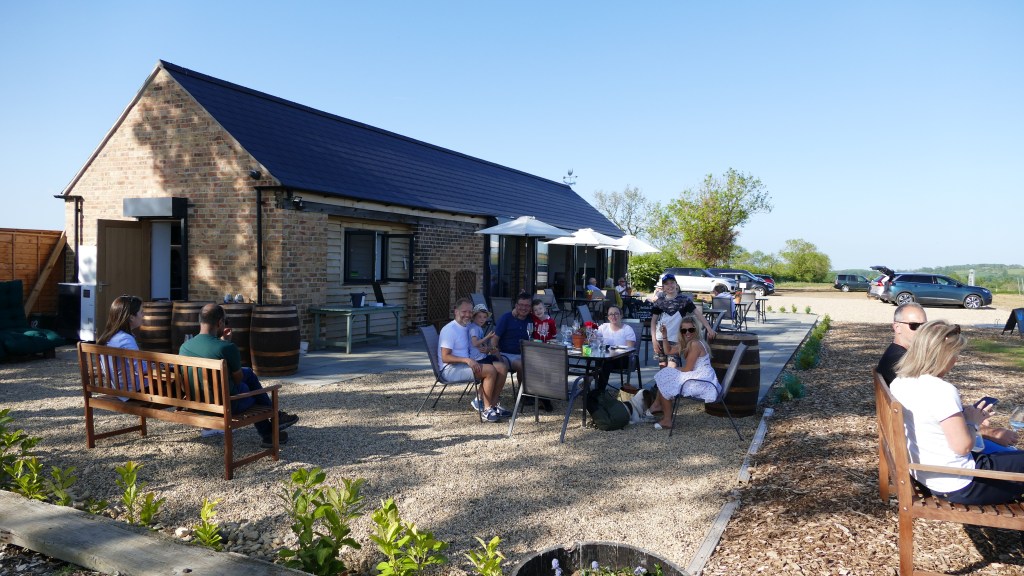 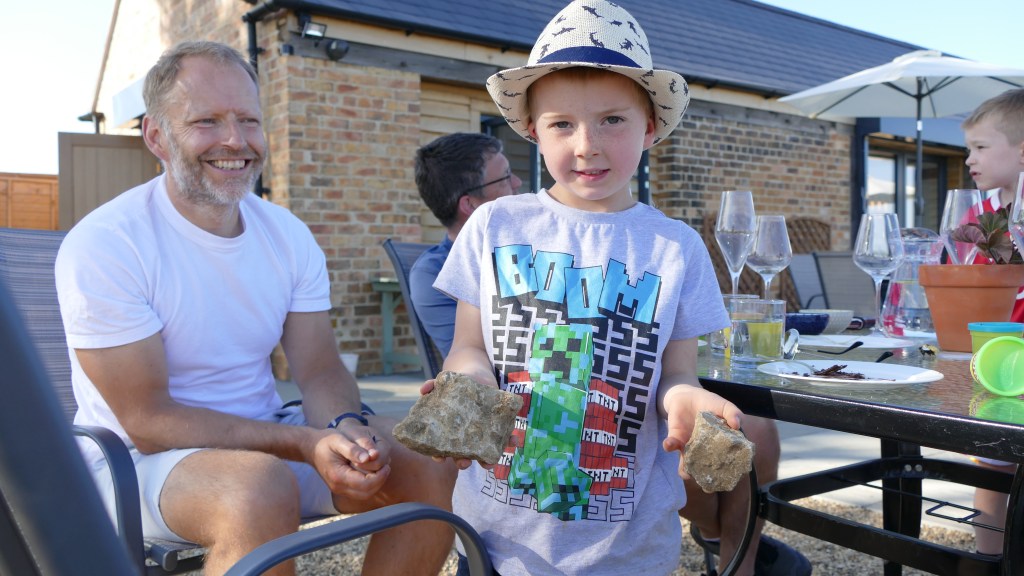 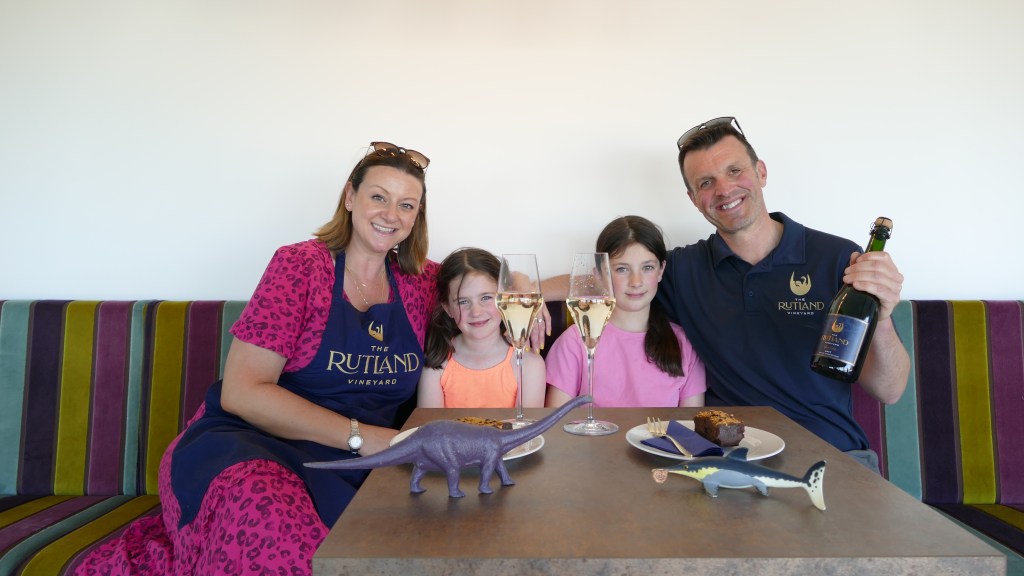 Tim and Zoe with their daughters Maisie and Isobel 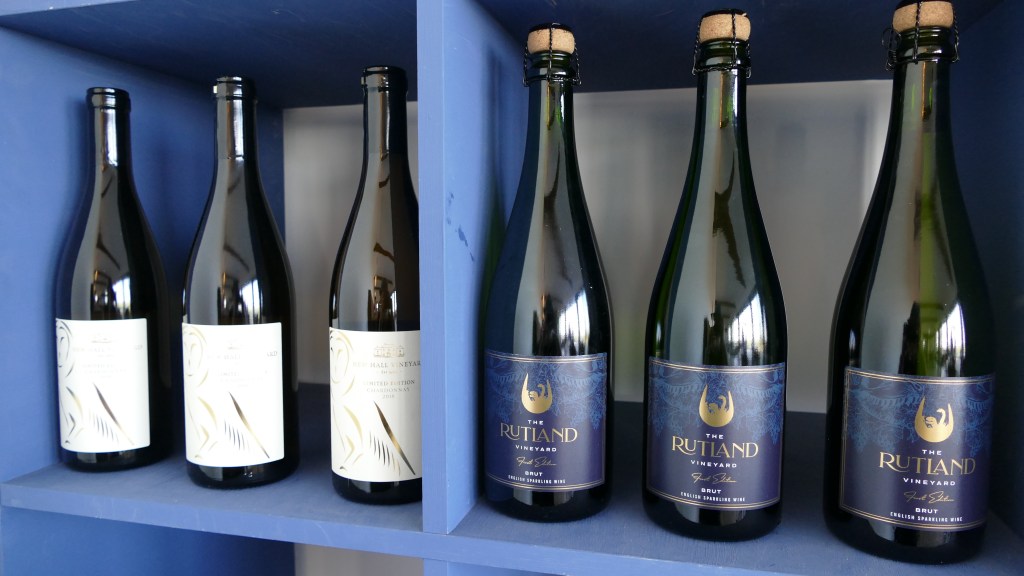