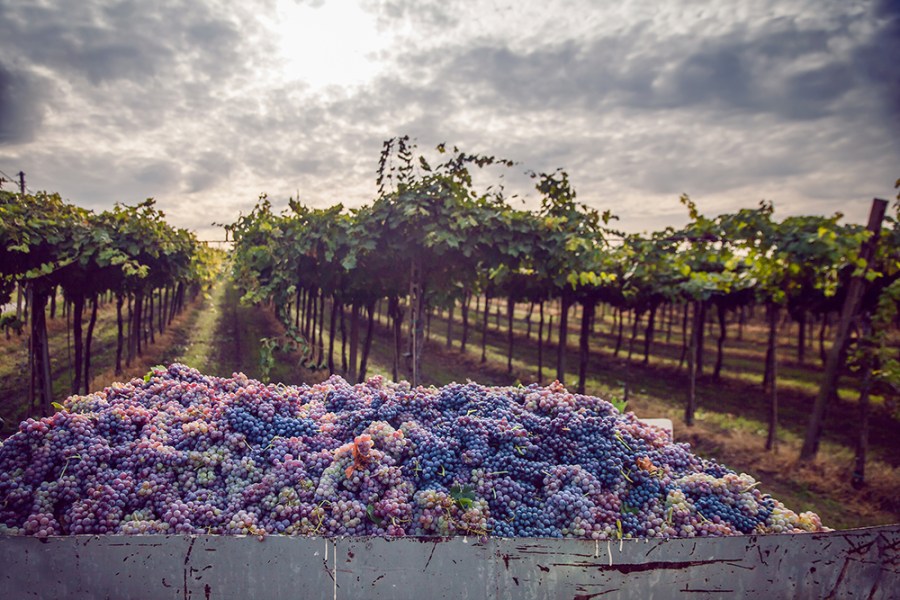 With earlier-maturing crops now picked and later cultivars due to be harvested over coming days and weeks, it is a fitting time to look back on what has been a very challenging season.

There has been massive variability this year, largely, but not exclusively, driven by the weather. The legacy of May’s late frosts has been felt right through to harvest in many areas, with delayed development of lower-yielding secondary bunches – typically a month behind primaries – requiring double-picking of some crops, particularly earlier cultivars. This only adds to the logistical harvest challenges already created by coronavirus restrictions.

Furthermore, we have seen notable variability within and between bunches, in average berry size, number of berries and the number of bunches per vine, even in primary bunches. The issue seems most common in later cultivars such as Pinot and Chardonnay.

While the exact cause is not entirely clear, Californian research suggests extreme weather (hot or cold) during bunch initiation suppresses cluster initiation. Likewise, it says poor fruit set can be due to extreme temperatures or rain at flowering. Nutritional issues may also be a factor in crop variability, notably excess nitrogen at key times and deficiencies of boron and zinc.

Under-ripe grapes within bunches are generally high in malic acid, which is less desirable to winemakers than tartaric acid, levels of which declined as sugars rose during September’s unseasonably hot weather. This prompted some growers to start picking on the basis of acidity level rather than Brix.

Picking decisions in any situation are down to individual winemaker requirements, working with growers, so in cases where there is a lot of variability and the greenest berries have not been pruned out, tighter supervision may be required to maintain the desired quality.

For those with later-maturing cultivars such as Chardonnay still to pick, it is vital to maintain protection against botrytis as the weather becomes more unsettled through October. Treatment now is too late to stop latent infection, but can prevent the disease spreading to other bunches.

The biological fungicide Botector is a promising option for this season; crucially it has just a one day harvest interval, allowing growers to protect crops right up to harvest.

It looks a very good product with a unique advantage over more traditional treatments that require longer 21-day harvest intervals, but it is new to the UK so we will only be able to judge its true performance once the season is complete.

Camera traps for Spotted Wing Drosophila (SWD) have been running through September and while numbers across the four sites were starting to increase at the time of writing, SWD is unlikely to be an issue in later ripening grapes with higher acidity.

The high sugar contents have proved attractive to wasps through late summer and early autumn, with Rothamsted’s insect survey reporting large numbers of Vespid wasps (Vespula spp.). Wasps are a persistent pest in vineyards around harvest and should be controlled responsibly where feeding damage occurs.

Where crops have been harvested early, there is now a narrow window of opportunity to help build the foundations of strong plants and root systems for next season with the application of foliar nutrition to green leaves.

It is not something many growers often get the chance to do in cooler climates, but where possible it is useful as next year’s flowering will be fuelled by the nutritional reserves in the vine stems and roots.

Boron, zinc and iron can be particularly beneficial nutrients, although they must be applied before canopies start to senesce and before the first autumn frosts hit. Avoid nitrogen, which promotes soft, sappy growth more exposed to disease.

Once we get towards the first frosts, usually later this month, applying a small amount of copper with a suitable adjuvant can help prevent stem botrytis and other pathogens developing while stems are lignifying.