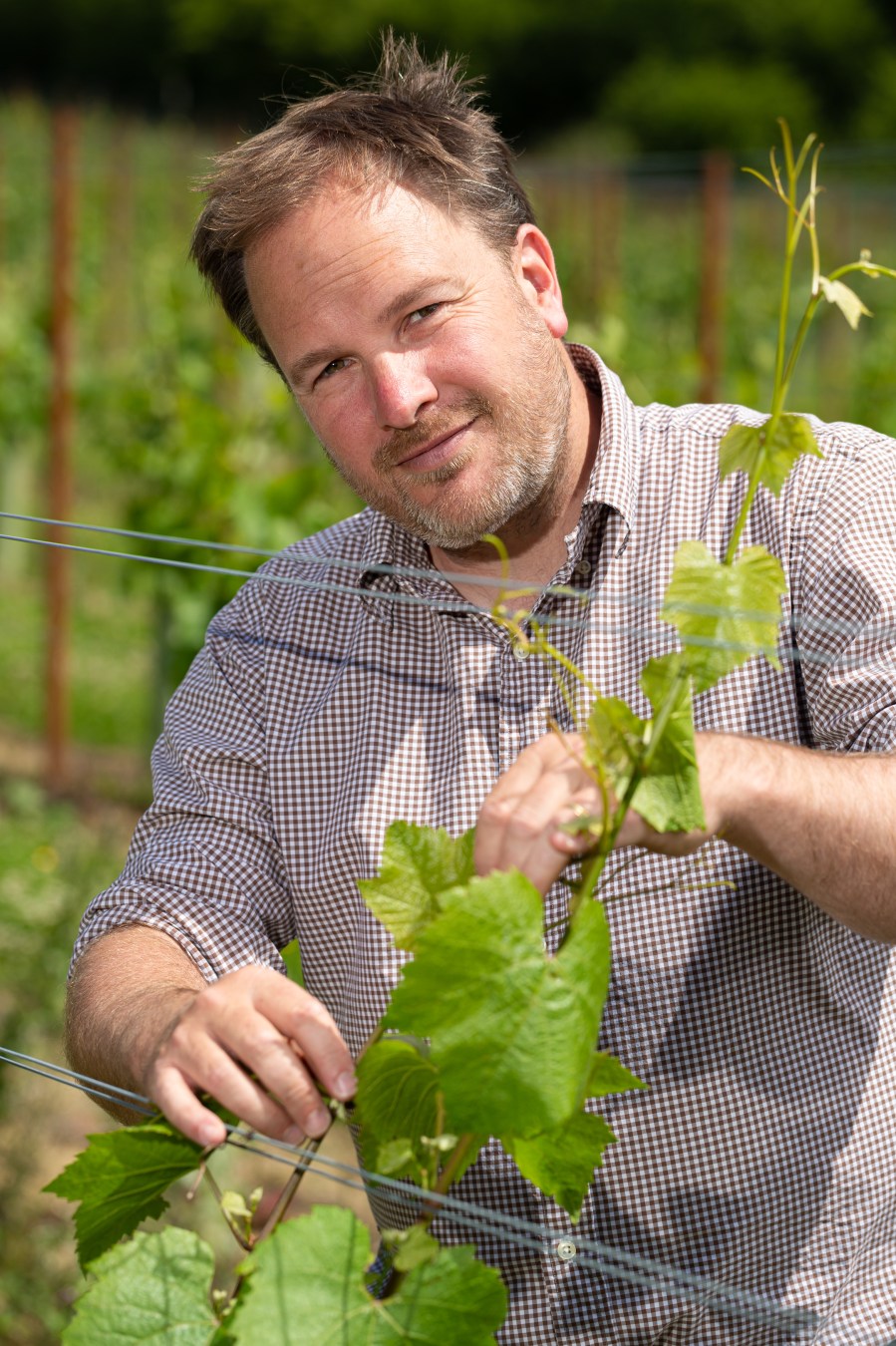 New research reveals how climate change is likely to increase the potential for wine production in the UK – with conditions projected to resemble those in famous growing regions of France and Germany.

Over the last 20 years, climate change has contributed to a growth in UK vineyard area – with more than 800 vineyards now – and award-winning wine production, as well as a transition in wine style towards sparkling wines.

Now a team of researchers from the University of East Anglia (UEA), the London School of Economics, Vinescapes and Weatherquest have charted the potential for the sector over the next 20 years. Drawing on the latest detailed climate projections, they have developed cutting-edge capability to model and map the best opportunities for grape growing and winemaking in the UK.

Their findings, published in the journal OENO One, show how the climate of a larger area of England and Wales is projected to become suitable for reliably growing sparkling wine grape varieties, and how the potential for high quality still wine production is rapidly emerging.

Lead UEA researcher Prof Steve Dorling, of the School of Environmental Sciences and forecasting company Weatherquest Ltd, said: “We’ve seen viticulture in the UK expand nearly 400% from 761 to 3800 hectares between 2004 and 2021.

“Over that period the warming climate has supported more reliable yield and quality of the Pinot Noir and Chardonnay grape varieties – these varieties are blended in the production of champagne-style sparkling wine.

“Warm, dry UK growing seasons like 2018, with lower than average disease problems in the vines, led to production of a record-breaking 15.6 million bottles and these growing conditions have already become and are projected to become more common.”

The Climate Resilience in the UK Wine Sector (CREWS-UK) project was funded by the Natural Environment Research Council as part of the UK Climate Resilience Programme. The researchers considered how often growing conditions in the UK are projected to climatically resemble those seen, most recently, in the famous sparkling and still wine producing regions of Champagne and Burgundy; and in Baden in Germany.

Their results highlight that since the 1980’s there has already been a warming of over 1°C during the growing season in much of south east and eastern England, a shift which has been one of the key enablers for growth and variety change in the UK viticulture sector over this time.

“We found that significant areas within England and Wales are projected to become warmer by 2040 by up to a further 1.4°C during the growing season. This expands the area of suitability for Pinot Noir for sparkling wine production, but also new areas will open up within the growing season temperature suitability range for still Pinot Noir production and for growing varieties such as Sauvignon Blanc, Riesling, Semillon and more disease-resistant varieties, which are hardly grown in the UK at present.

“Furthermore, anyone thinking of investing in a vineyard in the UK can now benefit from this knowledge through advice on the best locations, both now and under future climate change conditions.”

The team used UK Climate Projections 2018 scenarios to assess future variety and wine style suitability in the UK, and potential for viticulture investments, sector adaptation and resilience over the period 2021-2040.

Areas in East Anglia, Lincolnshire, south central England, north east Wales and coastal areas in south west England and southern Wales are projected to have 2018 ‘conditions’ during 2021-2040 in 60%-75% of years, meaning the exceptional 2018 vintage will become more common.

Nesbitt said: “We have shown that in some areas of the UK the bumper vintage of 2018 will become the norm, and that Champagne region grape growing temperatures from 1999-2018 are projected to occur across an expanding area of England during 2021-2040. In certain years, a few areas of the UK may see growing season climates similar to those that contributed to the very best recent vintages of Champagne, as well as support increased potential for Burgundy and Baden-style still red wines.”

However, the researchers warn significant challenges remain, arguing that the rapidly changing UK climate requires the industry to remain agile and not ‘lock-in’ to production which cannot adapt to the changing growing conditions.

Steve Dorling said: “There are exciting times ahead for the UK wine sector, but our results have emphasised the challenge of establishing wine identities and brands, in particular those tightly associated with varieties and wine styles, in a rapidly changing climate.”

In addition, British weather can still be unpredictable, as the 2012 vintage demonstrated when much UK grape production was lost due to the cool and very wet flowering period. Year to year climatic variability will remain, including early season frost risk, even if the longer-term trends are good ones.

Dr Alistair Nesbitt said: “Through our advisory services our teams at Vinescapes and Weatherquest are enjoying supporting the sustainable growth of the UK wine sector and we’re immensely grateful to WineGB, the industry body, for facilitating all the engagement we’ve had with viticulture and wine production people throughout the CREWS-UK project.”

‘Climate change projections for UK viticulture to 2040: a focus on improving suitability for Pinot Noir’, Alistair Nesbitt et al, was published in OENO One on 8 July.