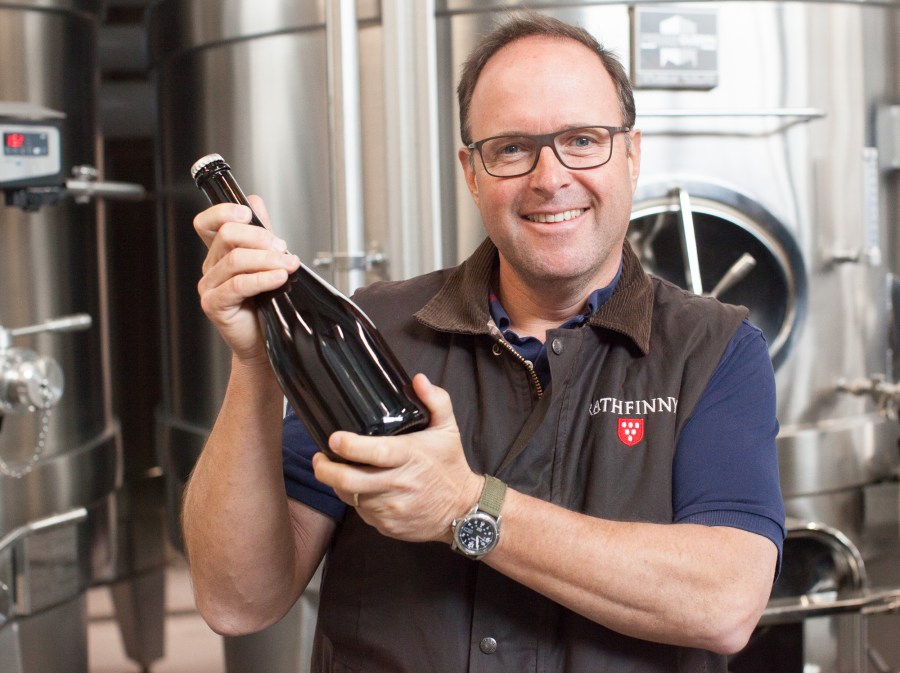 The Sussex Wineries Group has announced that the Secretary of State for Environment, Food and Rural Affairs (DEFRA) has approved the registration of ‘Sussex’ as a Protected Designation of Origin (PDO) for wine under the new UK Geographical Indication (GI) scheme.

It means the name ‘Sussex’ is protected for quality wines that are made in East and West Sussex.

Sussex wine is only the second product to be granted protection under the newly created UK GI scheme and joins a list of products granted protection by the GI scheme, that guarantees a product’s characteristics or reputation, authenticity and origin. The UK government protects the product name from misuse or imitation.

Wines labelled as ‘Sussex’ must pass a stringent analytical test and qualitative analysis, by an independent tasting panel. In the case of Sussex sparkling wines this means that the wine must have been aged in the bottle for a minimum of 15 months, before release, and the wines are assessed for their clarity, aroma, taste and the characteristics of their bubbles.

The English wine industry has undergone considerable growth in recent years, with the total planted vineyard area in the UK quadrupling since 2000, now standing at more than 8,750 acres (3,500 hectares).

Sussex accounts for over a quarter of all the wine produced in the UK. The establishment of this PDO brings Sussex in line with other well-known winemaking regions around the world, including Burgundy, Champagne, Rioja and Tuscany.

The original application for PDO status was granted temporary protection by DEFRA in 2015 and submitted to the EU in 2016 for approval under the EU GI scheme. After the UK’s withdrawal from the European Union, it fell upon the UK government to approve it under the newly created UK GI scheme which supersedes the EU GI scheme.

Only those winemakers based in East and West Sussex, meeting a set of quality standards will be able to use the name Sussex on their wine labels.  As the county’s reputation for producing top quality wines has grown, Sussex sparkling wines should have the same appeal as a top-quality Champagne.

Mark Driver, co-founder of Rathfinny Wine Estate (see open letter), said: “We believe that the name Sussex will become synonymous with high quality sparkling and still wine, so when you go into a bar in London, New York, Beijing, or Tokyo you will be asked – Would you like a glass of Champagne or a delicious glass of Sussex?”

Wine and Spirit Trade Association chief executive, Miles Beale said: “Not only does the PDO recognise the particular growing conditions found in Sussex, but it also shows the commitment of wine makers in this region to produce high quality still and sparkling wines under strict production criteria. The PDO scheme will enhance English wine’s established reputation as a high-quality product to rival the best and boost its vast export potential.”

Art Tukker, the owner of Tinwood Estate said: “The Sussex PDO will cement the bond between the unique soils and climate of the Sussex countryside with our truly remarkable sparkling wines, giving them a sense of place and purpose on the world stage amongst Champagne and our other great rivals.”

Mark Driver added: “We believe that Sussex will become a quality marque, reflecting what winemakers call terroir; the soils, influenced by the South Downs, the climate and people who make Sussex wines.

The new Sussex PDO will limit the grape varieties that can be used to make ‘Sussex’ wines. It will insist upon hand harvesting and restrict yields in the vineyards, ensuring that only the best grapes are used to make Sussex wines. These stricter winemaking rules also include a qualitative assessment and longer bottle ageing for Sussex sparkling wine.

A coming of age

“Champagne is so synonymous with quality sparkling wine, that you would think it has been around forever.

The old French province, from which it derives its name, dates back more than 600 years, and its winemaking back even further than that – but the association with excellent sparkling wines is comparatively recent.

It wasn’t until the early to middle part of the 20th century that Champagne started to achieve the worldwide cache and the success that we know today, and I would argue that this is the result of the establishment of an Appellation d’Origine Contrôlée (AOC) in 1936. Introducing a set of quality standards to the winemaking in the region, to do with yields, minimum potential alcohol content of the grapes, press yields and minimum bottle ageing.

Much to the dismay of some of our neighbours in Kent, the government has awarded Sussex wine the prestigious status of a Protected Designation of Origin (PDO), putting the word ‘Sussex’ on the world map as a wine growing region, like Burgundy, Tuscany, Bordeaux and, yes, Champagne.

You can forgive the winemakers of Hampshire and Kent for their peevishness, after all the South Downs, that influence the wines made in much of Sussex also extend into Hampshire, and the North Downs which are part of the same band of chalk, runs through Kent and Surrey.

There is no difference, they say, but the same could be said for Champagne – one yard over the southern AOC boundary into the old province of Burgundy and you can’t call your wine by the celebrated name – instead you have to describe it as Crémant, resulting in a drop in prestige – and importantly, for winemakers, price.

Contrary to some commentators’ thoughts, the Sussex PDO is not designed to get one over on our neighbours.

Using Champagne, our greatest rival, again as an example, the main reason its winemakers wanted an AOC of their own was because of competition from Burgundy and Bordeaux.

Burgundy and Bordeaux wines were prestigious premium wines before sparkling Champagne and they were forming their own AOCs. Champagne wanted a piece of the action.

It worked spectacularly for Champagne, but, as we know, it didn’t harm Bordeaux and Burgundy either, creating “friendly-ish” competition, that not only increased standards, but made France undeniably the top producer of fine wines in the world today, supporting thousands of jobs and livelihoods.

This is why we pushed for the Sussex PDO, or Global Indicator (GI) if you prefer the official name, introducing a set of standards for winemaking that are not restrictive, but ensure a minimum quality level. We were driven by the belief that English sparkling wine has the opportunity to be THE premium sparkling wine on the planet, but like the Champenois we needed to establish a PDO to enable this to happen.

In 2021 the South Downs National Park estimated that some 30,000ha of farmed land in Sussex was suitable for viticulture. It was therefore important to establish the quality standards now rather than quibble about them in fifty years’ time.

I would encourage other up-and-coming winemaking regions of England and Wales to do the same – and create their own GIs, as Sussex has done, for the greater good of the whole industry as well as its individual parts. There is plenty of room.

It is a challenge and an ambition I hope others will take up.”