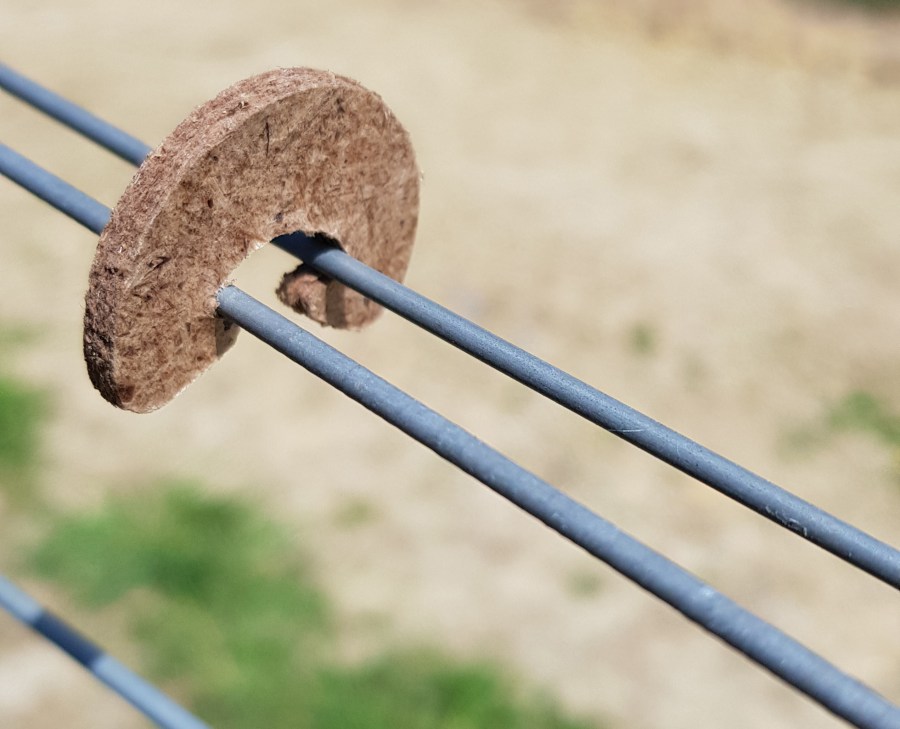 In the UK, the majority of growers train their vines using the vertical shoot positioning, (VSP) system with most trellis systems having two or three pairs of moveable foliage wires. This method of training your canopy creates a designated fruit zone and encourages the vines to produce more fruit. As the growing season progresses, canopy management is required to keep the vines at optimum efficiency, writes Cherry Constable at Vine-Works.

The art of canopy management is best begun in winter whilst pruning. At Vine-Works, our preferred method is to drop the lower two pairs of wires to the lowest post tag, (or hook nail on wooden posts) and keep the third pair raised to the top tag. This allows you to catch shoots in a single action when you lift the lower pairs of wires. Wire lifting should take place when at least 80% of shoots are at the desired height. The third, (top) pair of wires are slackened and rotated down towards the shoots, tucking in all shoots before being hand-tensioned on moveable chains.

In essence, tucking in/wire lifting is a simple, but crucial process: simply lift up all the shoots and catch them between the foliage wires to create a hedge shape. The fruit will grow around the fourth and fifth buds so when you raise your first wire, lift it above the fruiting zone. Tuck in and lift as necessary throughout the season.

Once your wires have been lifted, there will still be a little slack in the system which means your shoots may hang out and snag on passing machinery. This is counteracted by the use of ‘c’ shape foliage clips. This will help with a consistent canopy and more uniform ripening of fruit whilst also ensuring that no foliage wires get wrapped around your trimmer blades.

Foliage clips are particularly helpful in the third year of growth when vines ordinarily only have a few shoots coming from the crown area, not a full cane on the wire. With only a few shoots there is often a lot of slack in the foliage wires; clips tighten this slack.

We recommend that foliage clips are placed centrally between the vines in the trellis bay, but not adjacent to the end post. Some growers use two clips per bay on lower wires and three per bay on top wires. Allow a minimum of one clip per vine. As always, it is important to strike a balance between supporting the canopy, but not compacting it/restricting airflow. Placing too many foliage clips can lead to compaction of the canopy, making airflow more difficult and the risk of disease penetration higher.

There are plenty of different manufacturers of foliage clips with reusable or biodegradable options available. The reusable versions require the collection of clips at pruning which is an additional pass through the vineyard. By our cost analysis, it’s more cost effective to use the biodegradable version. There are other versions that stay attached to wires, though these do get lost.

The wooden fibre clips, (pressed with pine resin) are easier to remove at pruning and are broken down with the following season. We recommend that these biodegradable clips are cut in half during pruning and allowed to degrade; a more efficient use of time than collecting reusable versions. At the same time, your wires can be lowered to their winter resting positions, setting you up for the following season.

The aim of canopy management is to ensure your vines operate at optimum efficiency with a uniform and homogenous canopy. Raising your foliage wires, tucking in and securing the canopy with foliage clips is the way to achieve the best results.