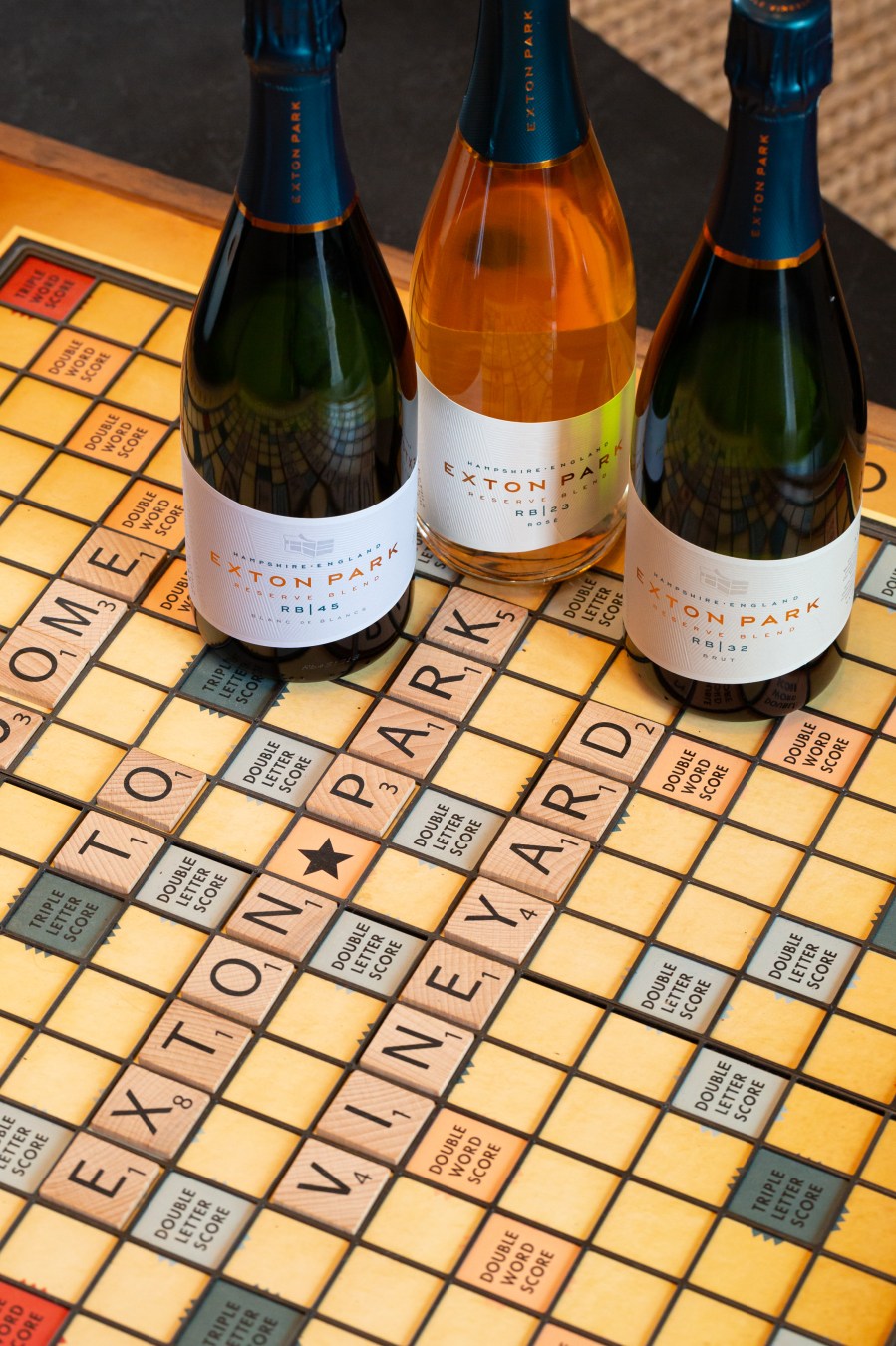 Exton Park is a Hampshire sparkling wine producer with a 60-acre single vineyard planted on a south-facing slope in the South Downs National Park. Its first vines were planted in 2003, including Pinot Noir, Chardonnay and Pinot Meunier, and its state-of-the-art winery was built in 2011.

Exton founder, Malcolm Isaac MBE, is a Hampshire-born farmer and entrepreneur who made his fortune introducing packaged salad and watercress to the UK. He turned his eye to the vineyard in 2009 when he bought Exton Park after seeing the potential of the chalky soil. The vineyard was planted with four hectares of Chardonnay, Pinot Noir and Pinot Meunier in 2003. It was later expanded with the help of vineyard director, Fred Langdale. In 2011, a winery was designed and built by wine director, Corinne Seely, and Exton Park’s first bottle of wine was produced in 2015.

Corinne Seely’s vision was/is to create consistent, premium quality sparkling wine, irrespective of the year’s weather or yield. She began building a library of reserve wines in 2011 which would enable her to have an archive of wines to use in her blends.

A single vineyard producer, Reserve Blend is Exton’s signature style. The RB range draws on the 10-year library of reserve wines that has been curated and stored in the winery at Exton Park since 2011. Corinne, composes the blends from a variety of flavours captured from the 60 acre single vineyard each year.

Corinne believes Exton’s chalky soil sets its 60 acres of Hampshire apart. The single vineyard has nine plots, nurtured by Fred Langdale and his team, each planted at a different altitude and aspect, offering flavour variation in the grapes.

“We nourish and nurture our vineyard using the most natural methods possible, by planting wildflowers, grasses and cover crops and meticulously hand-pruning our 120,000 vines. Come harvest time, only the ripest fruit is selected and swiftly transported to our purpose-built winery at the top of vineyard,” said Corinne.

Corinne even designed the small-batch tanks.

“We don’t use a base vintage, relying instead on our library to offer a complexity rarely seen in English sparkling wine,” claimed Corinne. “This guarantees the quality of every bottle, irrespective of the year’s weather or yield. It also provides exceptional consistency of flavour, ensuring that every sip is the purest possible reflection of our Hampshire vineyard.”

Once a Reserve Blend has been crafted, it is bottled and laid to rest in the wine cellars for at least three years.

Corinne moved to England two months before Brexit. She studied oenology at the Université de Bordeaux’s Institute of Vine and Wine Science and worked at Bordeaux giants, Château Lynch-Bages and Domaine de Chevalier.

She travelled extensively, doing consultancy work. “After a few years, I wanted to understand more about terroir,” she said. She met Exton’s founder, Malcolm Isaac (see panel). “He ‘stole’ my life!  I was living in France, working in Portugal – everywhere!  Now, I am permanently in England.

“English people are not like the French.  I am more Latin. I lived in a pub for many years. People here are warm, friendly and welcoming. The people in the pub became more family.  People in England like to drink a lot,” she quipped. With English wines just about 11%…”

Corinne stated: “We do not follow any recipe. We work together closely.  I spend a lot of time in the vineyard together with Fred. We discuss which rows of Chardonnay we are going to pick.”

Whereas at Hambledon they encourage some contact with oxygen (see June issue), at Exton Park, it is nitrogen that is used to retain “primary freshness” and reduce the use of sulphites. They press whole bunches under pressure and then the subsequent vacuum is replaced with nitrogen.

“The big key is, by doing this, it enables us to use fewer sulphites to otherwise stop oxidation. That is the only technical thing. We try to express the terroir of Exton Park.  I think this is a very special place. I have vinified in Dorset, Kent, Sussex and, obviously, Hampshire.  I think Exton Park has such a concentration of flavours. I believe the chalk has such an impact. It helps provide the backbone, the intensity, the vibrance.  It (the flavours) remains in the mouth for a long time.”

Fred Langdale is the man in the vineyard, endlessly experimenting, seeking something approaching viticultural perfection – if there is ever such a thing with the vagaries of climate and everything else that goes on in and around a vineyard.  Last year Downey Mildew was an issue to be dealt with. The health of the vineyard is paramount.  They do not, use weedkillers; insects, pollinators are key.

He said: “I started planting cover crops in similar rows so we had a control. Similarly we also try different pruning so we are able to compare. The plants benefit the vines.  We want to work with what is going on in the field, not against it.”

Fred has become a worm counter.  He started counting the worms in the soil as a way of gauging the health of the soil…simply, the more worms, the more nutrients in the soil.

He acknowledges the importance of equipment, particularly with the seemingly increasing lack of experienced trained staff, but as he said: “Careful, not too much.  Machines can cause damage.”

Corinne believes the wines of Champagne are changing, perhaps getting heavier in style, possibly due to global warming, she opines.

“The minerality, the purity of the fruit. There is an intensity. The bubbles are very fine. That is why I am here.

“I like to have fun.  We have fantastic terroir and working as a team makes it very creative. We have this library of reserve wines. Not many can afford to do that.  It is not cheap, a special investment, but the founder believes in this project. It is not a question of cashflow,” she concluded. 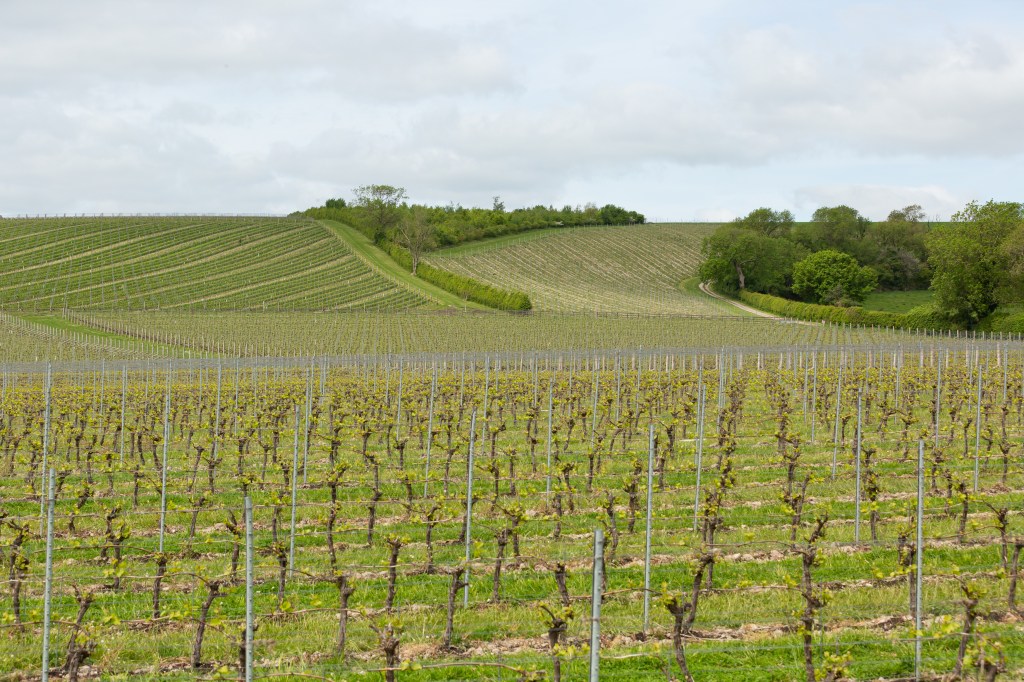 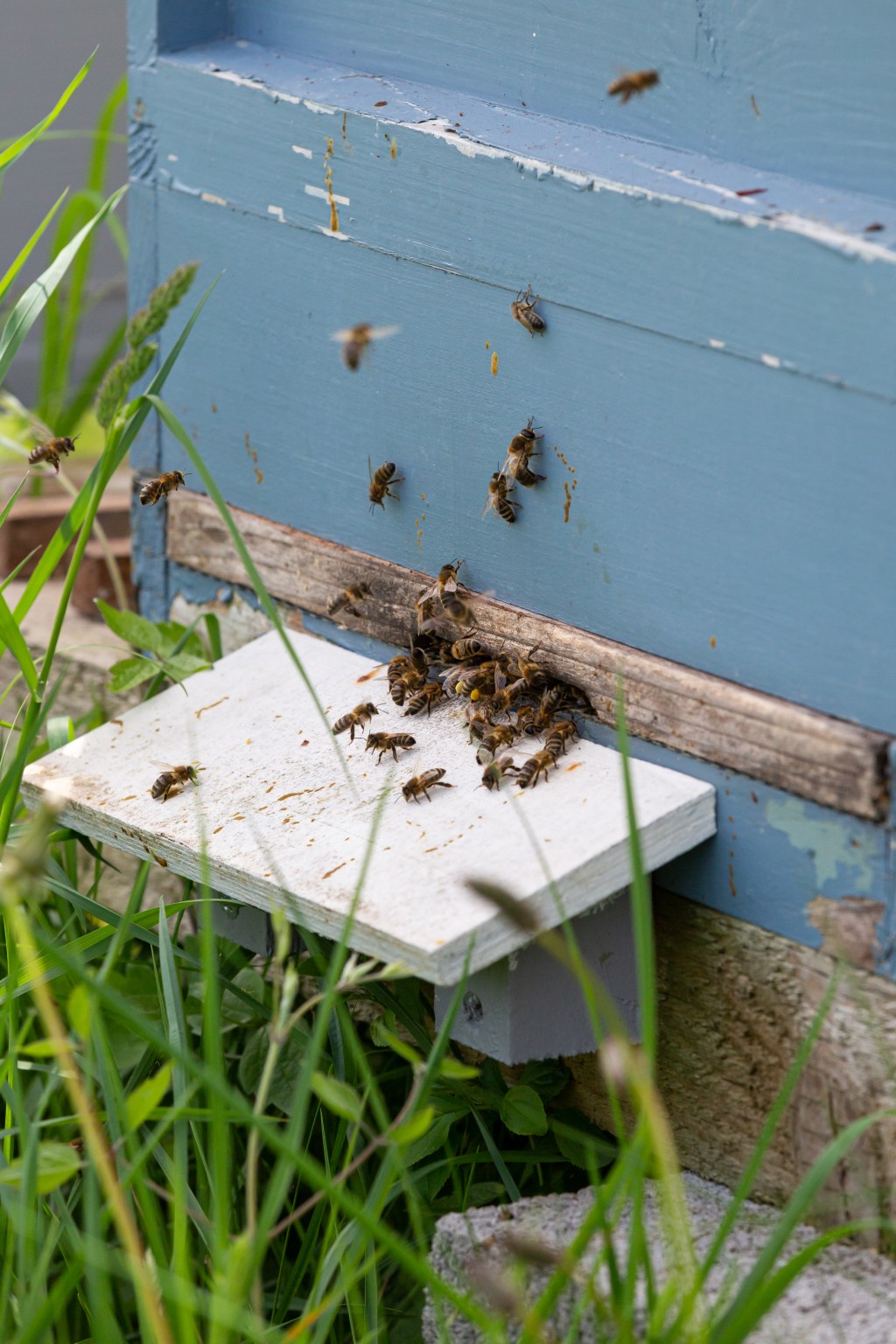 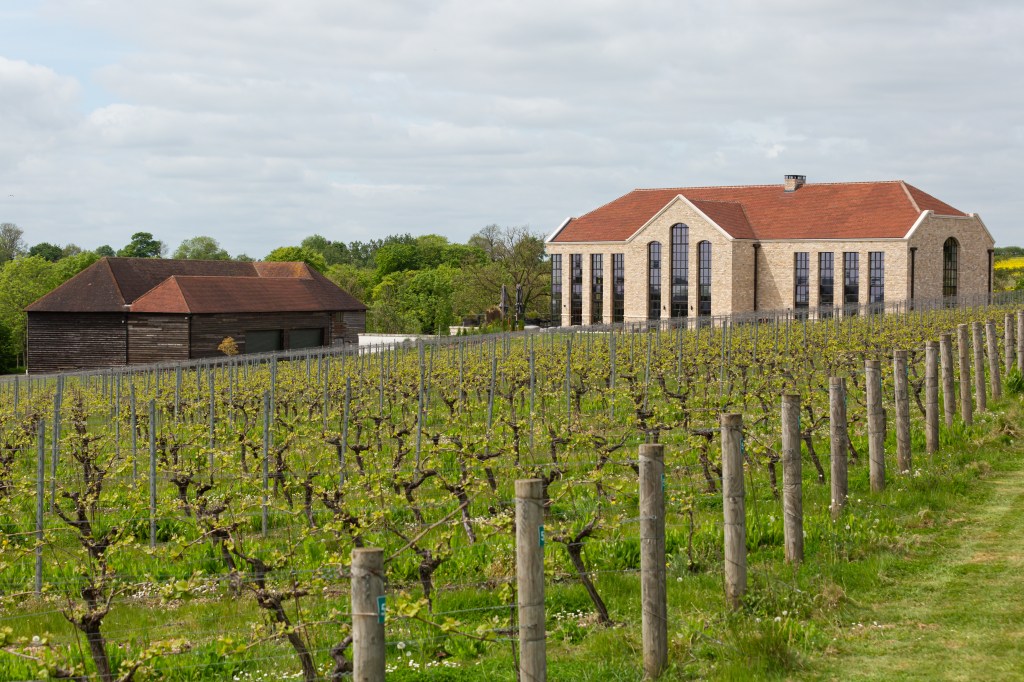 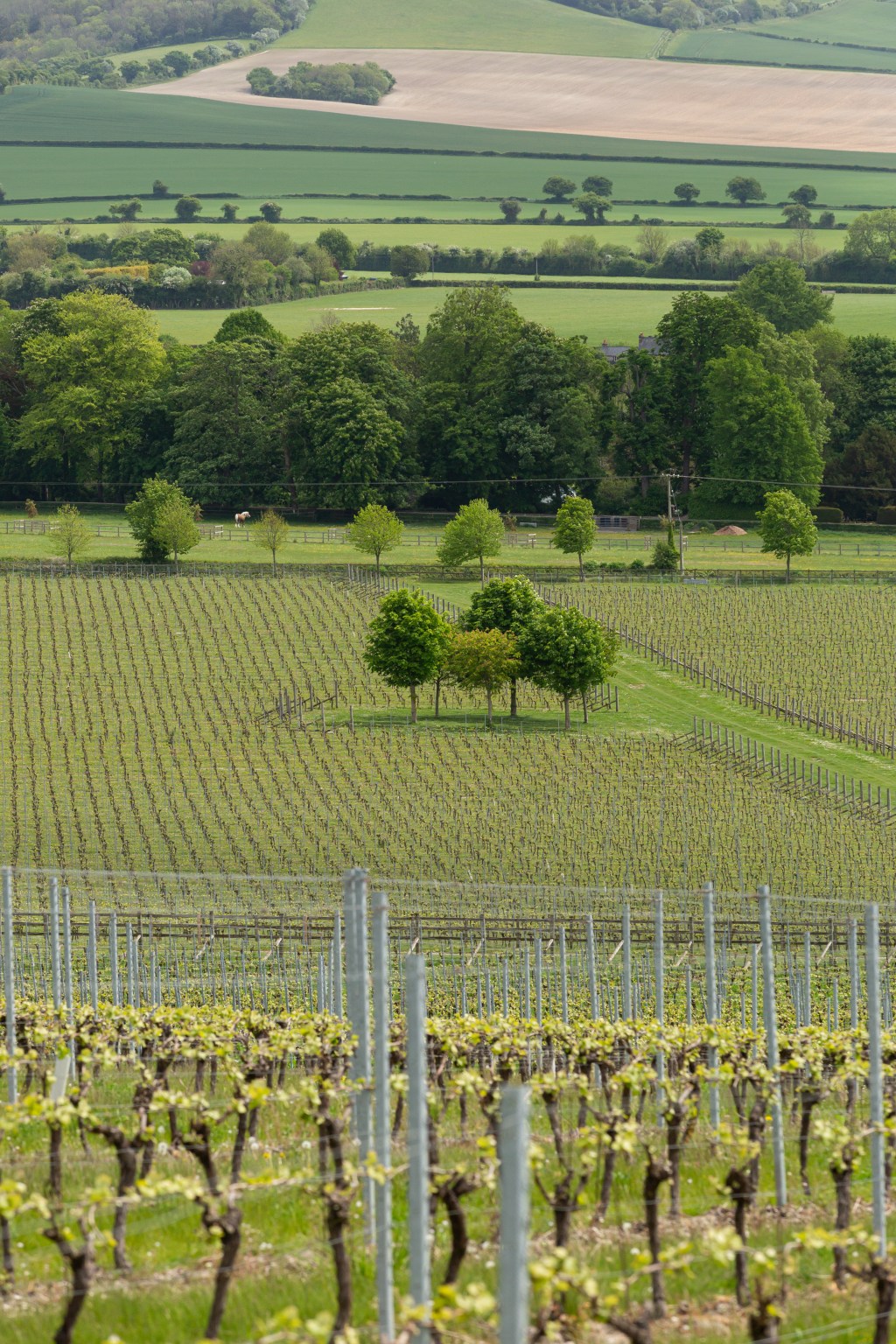 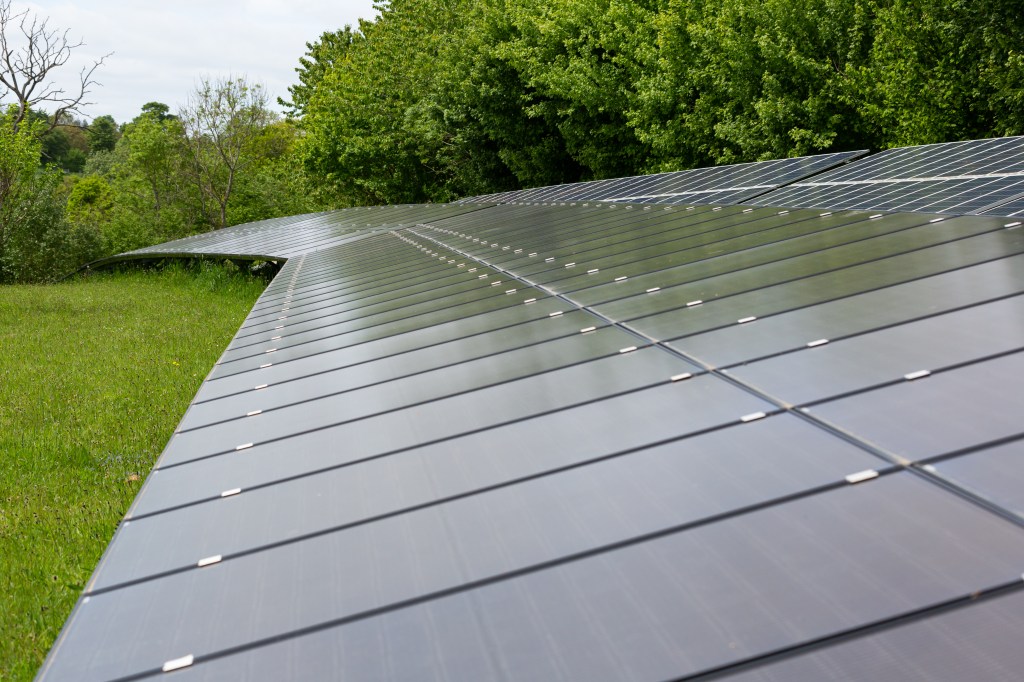 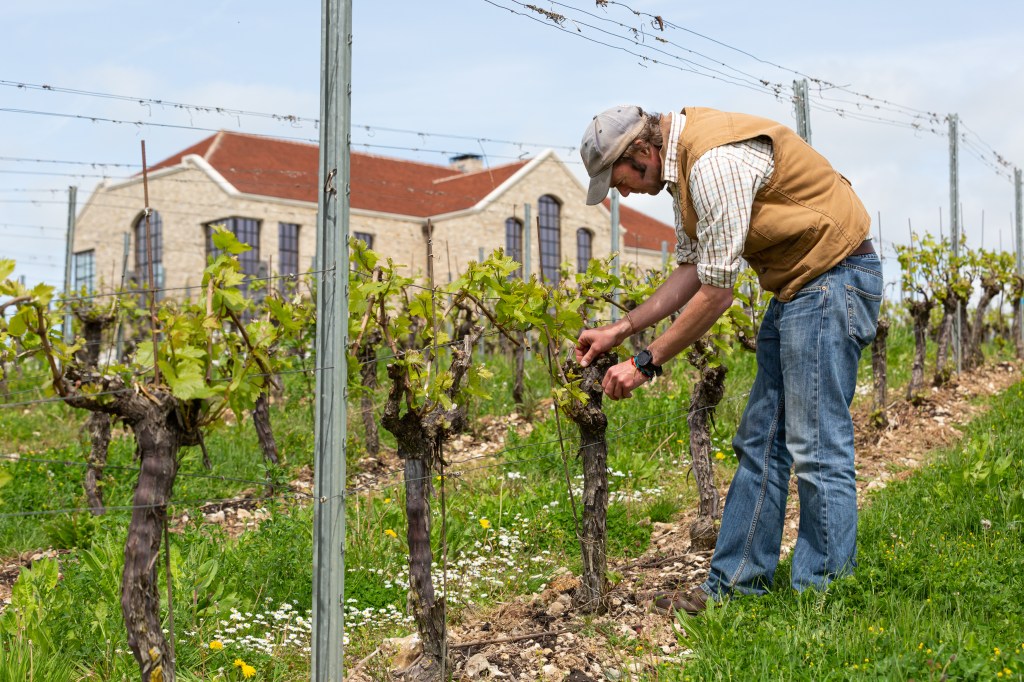 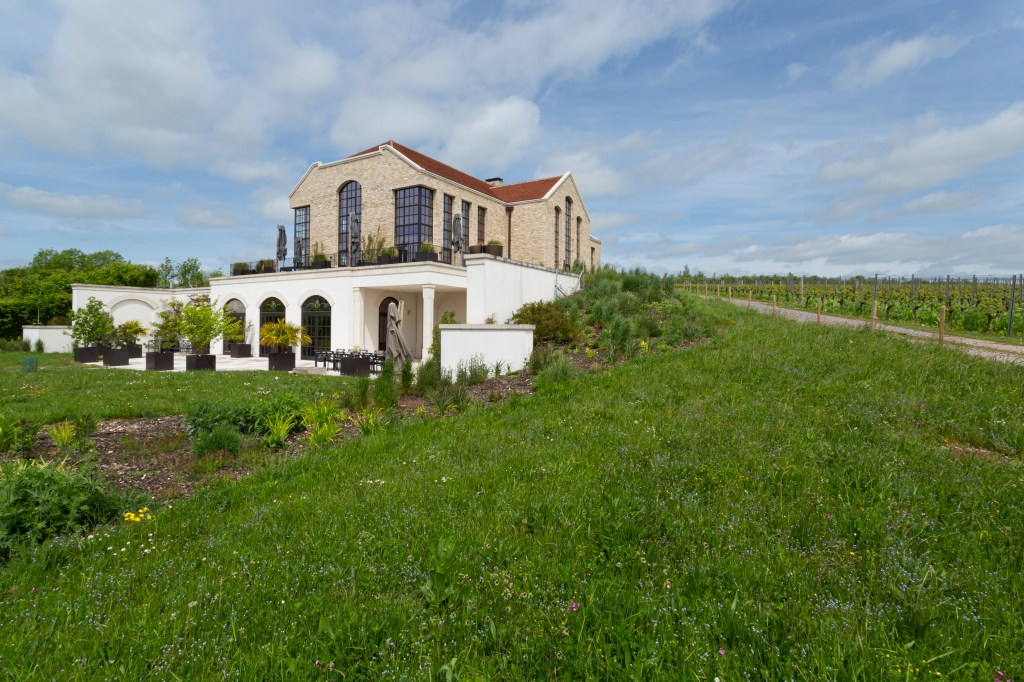 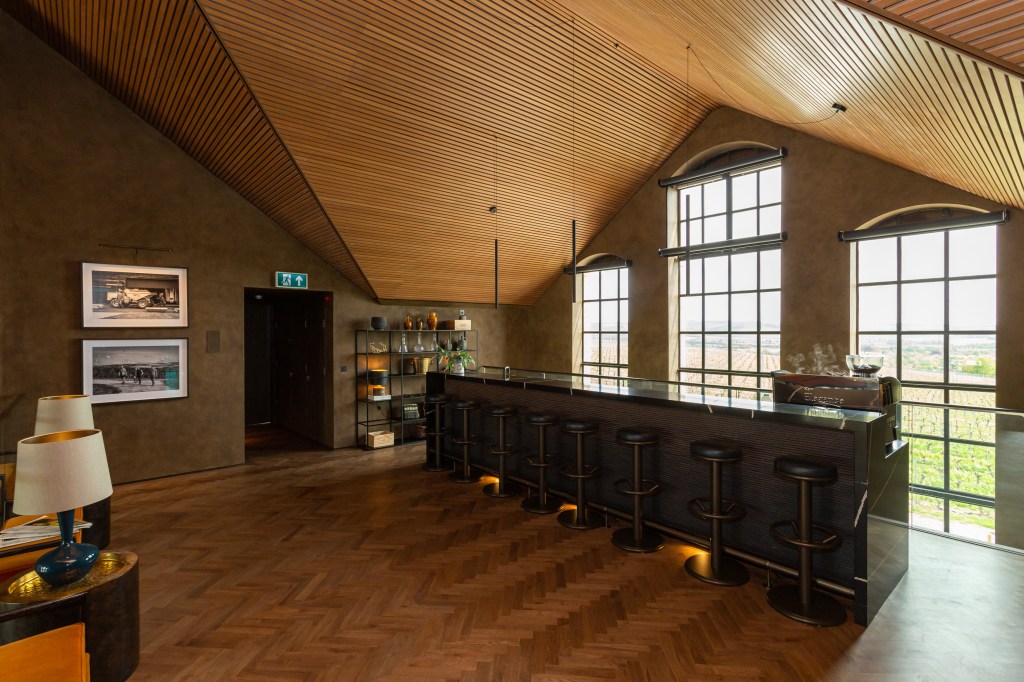 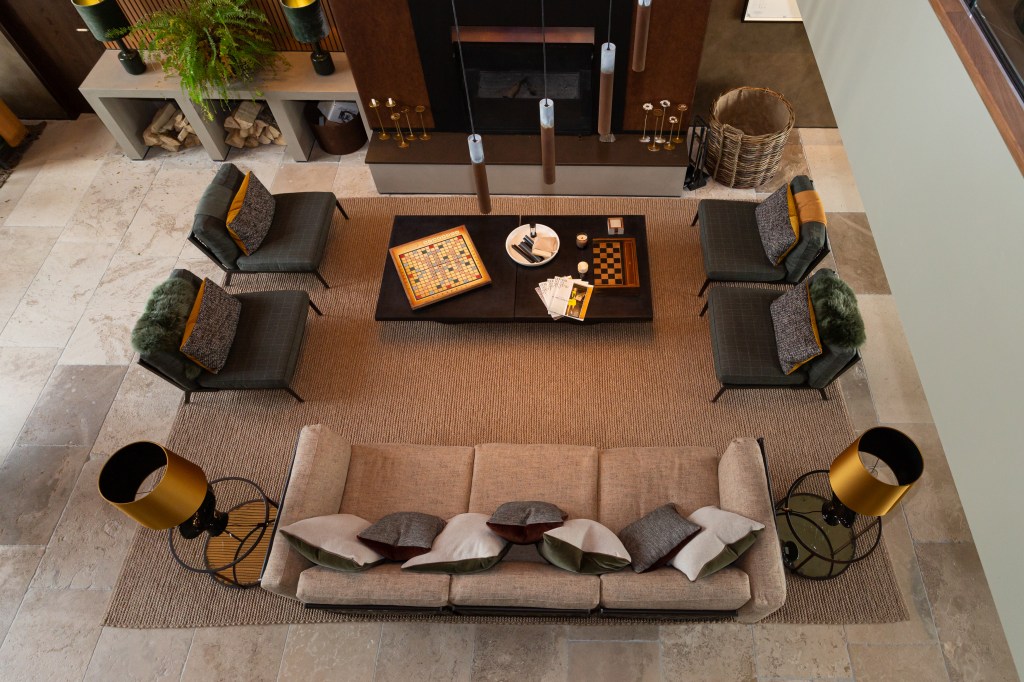 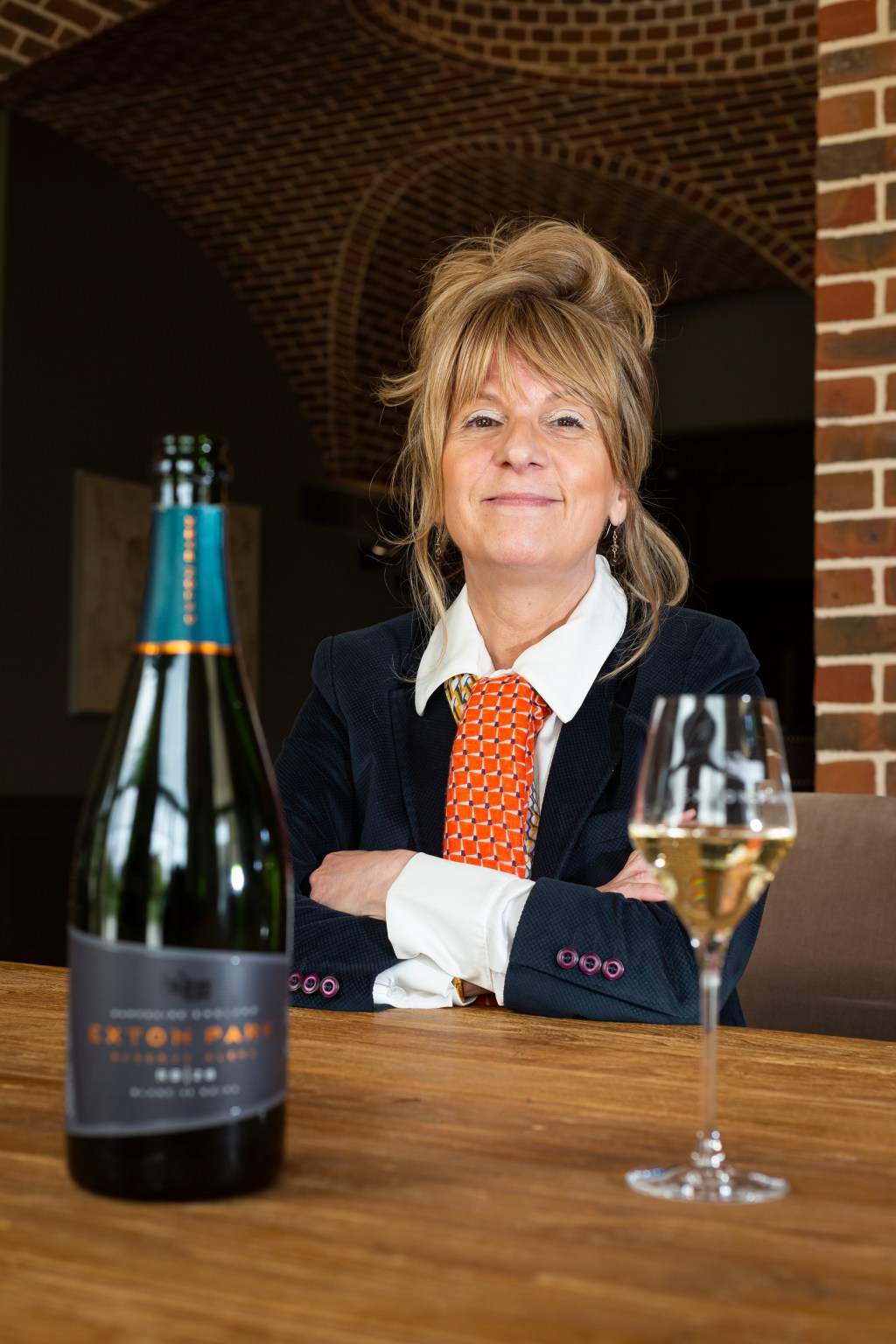 Trapping and monitoring. Encouraging bats to the vineyard.

Depending on the growing season, and size of the yield on the vines.

We have started to mechanise more in the vineyard, but it is important to us not to mechanise any work that could compromise the quality of the crop.

Cover crops in the vineyard are playing a key role in improving Exton’s soil health and soil microbiology. The understanding to work with the land instead of making the land work for the team is complicated but essential to a sustainable vineyard. No weed killers are used on the vineyard.

What happens in the winery

There is no crushing. We always press whole bunches.

If there is one supplier to be named, it should be Bucher from whom we bought our Inertys Presses.

By Hand, generally at the beginning of October. Plot by plot.

Each trial in the vineyard is pressed separately. Everything is kept separate.

Long Pressings at low pressure under nitrogen that enables us to use less sulfites as well.

Unique method to make our Rosé by direct pressurage for extra long hours until we have got the right colour.

Most of them are done in stainless steel vats but some wines are fermenting in secondhand barrels, notably for the RB45 100% Chardonnay.

It would be a de-acidification. However we do not do it.

We try not to chaptalise and we are not afraid to have low alcohol content in our final product (between 11% and 11.5%)

Every year, done by a French team who come especially for us.

As much as possible, in vats, in barrels, on lees before and after bottling.

For us, time and patience are the keys to bring complexity and maturity into the wines.

The more you age a Chardonnay, you can build those brioche flavours but you still have a level of acidity that is integrated and balanced, and keeps the wine fresh.