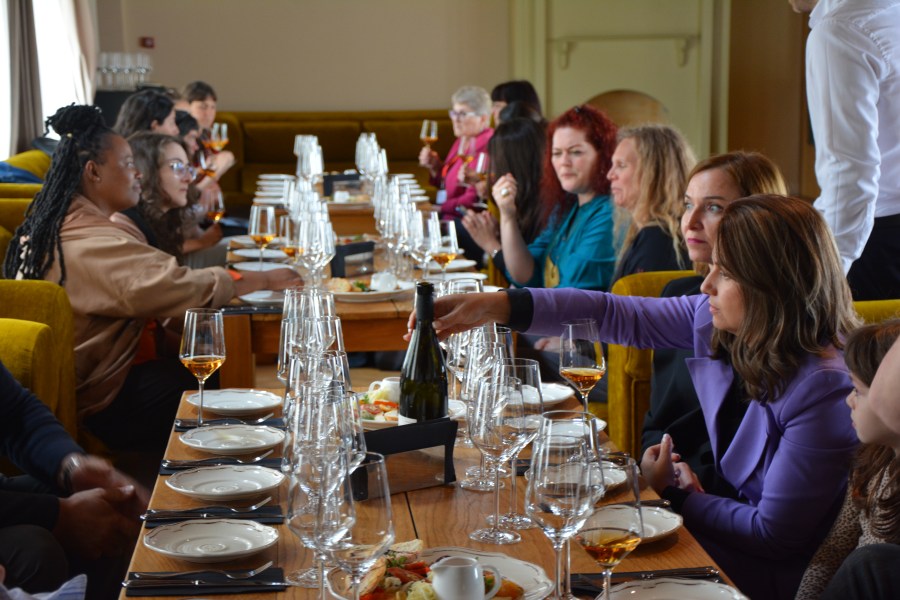 The much-anticipated Women in Wine Expo returned this summer to the birthplace of wine, Georgia writes Katherine Gannon.

During the first week of May, women from across the globe were immersed in the splendour of Georgia wine country where they stayed at the five-star Lopota Lake Resort and Chateau Buera based in Napareuli.

Female winemakers, sommeliers, and women from all aspects of the industry were invited to taste international wines while learning from the experts behind its creation using traditional techniques dating back some 8,000 years.

“My wine journey started 13 years ago, and my passion is women empowerment said Senay Ozdemir.

Senay Ozdemir is the organiser behind the Women in Wine Expo in Georgia but also a TED speaker, a former TV presenter, a lecturer and the award-winning journalist who launched SEN, a magazine awarded the best newspaper in Holland. All before turning her attention to the wine industry a decade ago, with the creation of her PR agency House of Red & White which has been going from strength to strength in its goal of educating more females involved in the industry.

She surmised: “The reason there is so much participation of women in Georgia and Russia in the wine industry is that men leave for war and women take over the business. The woman doesn’t usually go to war.”

Senay is pushing open the door for women worldwide through her business while also shining a light on the lesser-known wine exporting regions of Eastern European countries, including her parents’ home country, Turkey.

With a focus on the ancient wines produced in Georgia, Armenia, and Turkey, the expo hosted various wine tastings and workshops to learn about both the traditional production of wine and how traditional Eastern Qvevri wine is produced.

One speaker for the ‘changing the narrative’ section of the expo was Sharrol Mukendi-Klass, Wine Steward Tamboerswinkel in Cape Town. “I must work three times harder as an African woman,” Sharrol told attendees who clapped when hearing of her successful journey of getting involved in the PIWOSA Women in Wine Initiative.

Ms Mukendi-Klass worked in hospitality for 15 years. Although she didn’t originally set out to be an expert in the field, she had a deep interest in pairing dishes with the right wine and combined this with her drive to show that women can excel in any male-dominated field. She can now be regarded as one of the best sommeliers South Africa has to offer.

The sommelier was helped in her journey by another woman, Kathy Jordan, creator and board member of The Premium Independent Wineries of South Africa programme. The programme selects one disadvantaged female candidate annually to offer them an opportunity to progress in a career in the wine industry.

“I would like to thank Kathy Jordan for allowing people like me, who would never have had a chance” added Ms Mukendi-Klass.

“Wine and War.” Was the title of a speech given by Maryna Revkova, a Ukrainian sommelier, who has since relocated to Portugal due to the ongoing conflict. Revkova told of how her invitation to speak at the expo came two days after the Russian invasion when her home in Kyiv had just been bombed.

“Some wines improve with age, and some people can’t,” she said while discussing how numerous wineries had been destroyed and Ukrainian winemakers had lost their lives. She ended her speech with “make wine, not war.”

Ms Mirianashvili became involved in her family’s century-old business and worked hard to prove herself as a young female working in the industry when coming up against negative attitudes.

She disclosed how sales have increased five times since her involvement, and how one of her wines was selected to be used at the wedding of Prince Harry and Meghan Markle.

“Our whole family is involved in the business. My father is the main winemaker, I am the commercial director, and my brother is the general manager,” said Ms Mirianashvili.

Asked about the struggles she has faced as a ‘woman in wine’ she said: “Being in Georgia as a woman in the wine industry, in a top management position, sometimes makes people suspicious, and they doubt that you can be as professional as a man.”

Adding: “Sometimes people look at you like you are young, you’re a woman, maybe you are not as competent as older men who are in this business.”

The businesswoman stresses that the women of her country have earned their success and recognition, which has led to a change in opinion.

“Nowadays many young Georgian women have become so successful internationally that they have proved that they can be as good and sometimes even better than a man in the industry, and this attitude is now changing, but it is a process,” she said.

Ms Mirianashvili was honoured that her family’s wine was selected as a gift to be consumed by guests at the Royal wedding. She believes it was a combination of good quality and a rich history that resulted in her wine being chosen.

“The quality of the wine is very high and there is a history behind it. It was made in a Qvevri with the same method which has existed for 8,000 years” she explained.

“It was a 2011 reserve of Saperavi Qvevri wine. The Embassy of Georgia in the UK sent several Georgian wines to the royal wedding organisers to taste. After a few months of selection, the embassy received a letter from the royal family’s sommeliers that they liked our wine, and we were able to gift this wine to Prince Harry and Megan Markle for the celebration of their wedding.”

Adding: “We prepared packaging that was specially made for this wedding. It was a gift box with a special label and little Qvevri’s inside. We sent several gift boxes of this wine to the embassy, and they sent this wine to the royal family. Several months after the wedding we received a letter saying thank you and that they enjoyed it.”

Before joining her family’s company, the director worked in other companies in Europe gaining experience that she could use to help Chelti winery progress. She started working in her family business full time at age 21.

“Since I became fully involved in my family’s company sales have increased more than five fold,” she said.

Adding: “Before the involvement of my brother and myself, our wine was in only four countries and now we are in more than twenty countries. We are in Europe, the USA, and Asian markets and I even went to Latin America to introduce Georgian wine to them.”

London based PR agent Nadia Zammal was also on the invite list for the WIWE and is now working with organiser Senay Ozdemir to bring the expo to the UK.

Nadia Zammal speaks about how this led her to get involved in the Women in Wine Expo, promoting gender equality within the industry.

“The hope is to create events around women in wine throughout the UK, not just London centric. We don’t want to exclude men either, we want to involve them.”

Ms Zammal said the perception of English wine, as well as the costs of having staff for a small winery, are the main struggles for UK wineries.

“English wine doesn’t really have the best perception in the world. Not just in the country but in the world. Then there are the price,” she explained

“For small vineyards and wineries, it can be a two-man or one-man band. The most important thing is to put their product out there, but they run out of time to do all the marketing, all the representation and all the sales because they don’t have the manpower,” she added.

Working 16-hours a day seven days a week is the reality for one English winemaker, Emma Rice from Hattingley Valley.

“It is an endless battle to produce good quality grapes in England. There is never an easy year. Some years are easier than others, but it is never easy. You can’t afford to sit back at any time in English viticulture. In winemaking too, the conditions we are expecting the yeast to work are extreme,” said Emma.

“There is an awful lot of aspects to making sparkling wine, particularly here in England. If one piece falls out of the puzzle suddenly everything is falling apart. We are always in danger of falling apart,” she added.

Emma Rice has been involved in the industry for 33 years and worked in wineries in California and Australia before returning to the UK. Asked how her endeavors abroad differed from working in England she admits she believes her best opportunities were experienced at home.

“In 2008 when I came back there were hardly any wineries. I was an inexperienced winemaker. I had opportunities that I never would have had if I had stayed in California or Australia,” said Emma.

“When Simon Robinson wanted to find someone to build his winery, it was me or nobody essentially,” Emma explained.

Emma also felt that the lack of tradition in the UK wine industry has been beneficial for women.

“There are no traditions here, there are no assumptions that women don’t work in the winery, whereas in Australia and California there is to a certain extent. In the winery I worked in California I was the first woman to have ever worked in the cellar.”

Although there were very few women working in wine production in California, Emma said that she did not face as many challenges in the US as she did in Australia.

“There was a definite cultural difference between going from California to Australia in terms of how I felt about opportunities for women. I think the women out there had to work a whole lot harder than the men and did to get the recognition.”

Emma added: “Here in England it is completely different in the production industry. I have never felt my gender was a barrier. I wouldn’t say that it is the same for the trade. I have encountered some pretty horrific sexism when I was working in the trade in London.

“In older more traditional regions, women never had worked in the cellar and were almost kept out of the cellar so it’s a battle for them to get in. There is no battle here as no one was making wine really, so there were no assumptions that men would be in the cellar and women in the office.”

As Emma was the one in charge of the winery, she said that any employees who came in after her wouldn’t have lasted very long if they had an issue with a woman in authority.

“There is nothing here that your average woman can’t do in the winery that men can do. I expect the women that work here to jump on the forklift, or get on the JCB and drive that, to get their hands dirty. Nobody is given any quarter for their gender. If I can do it, they can.” 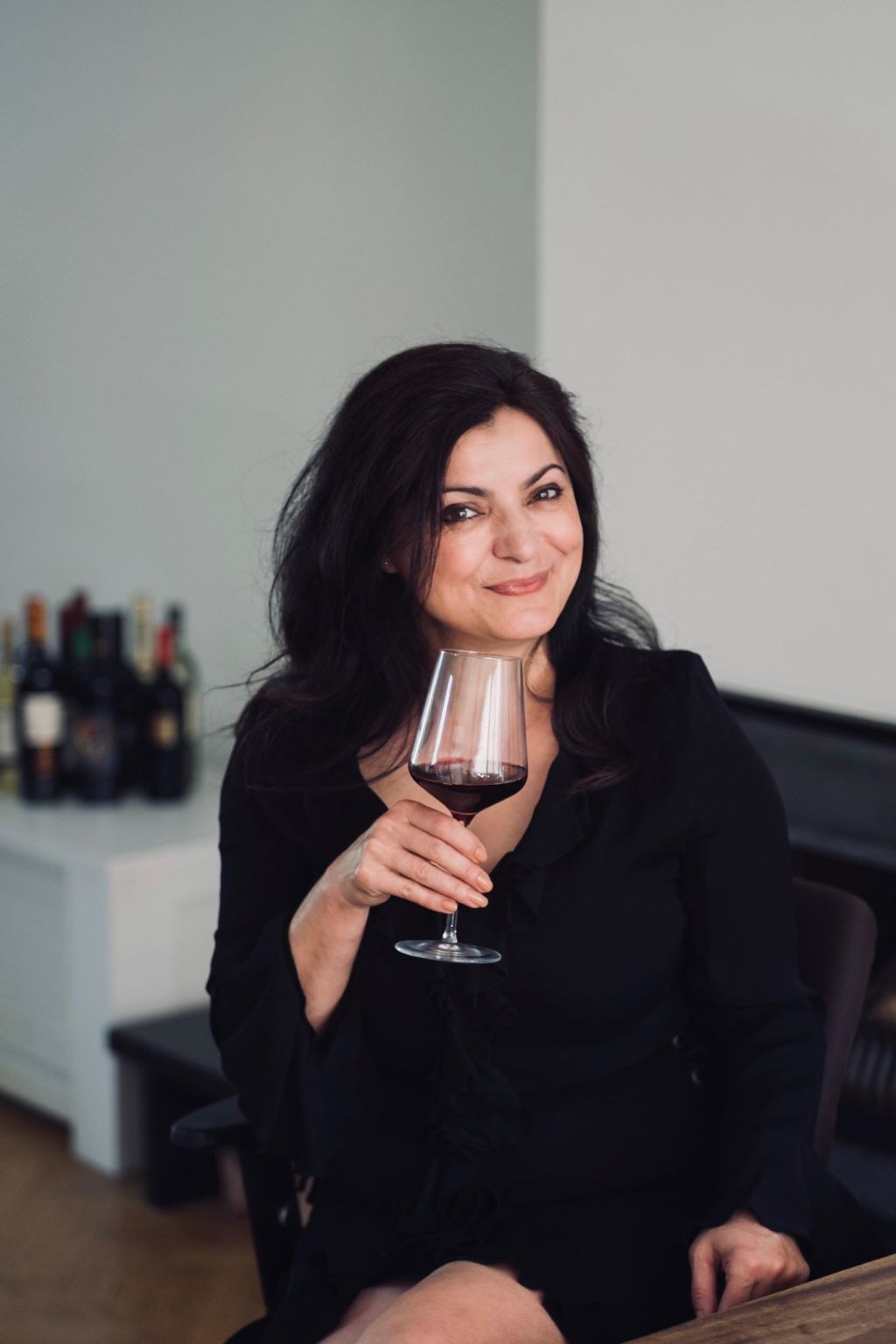 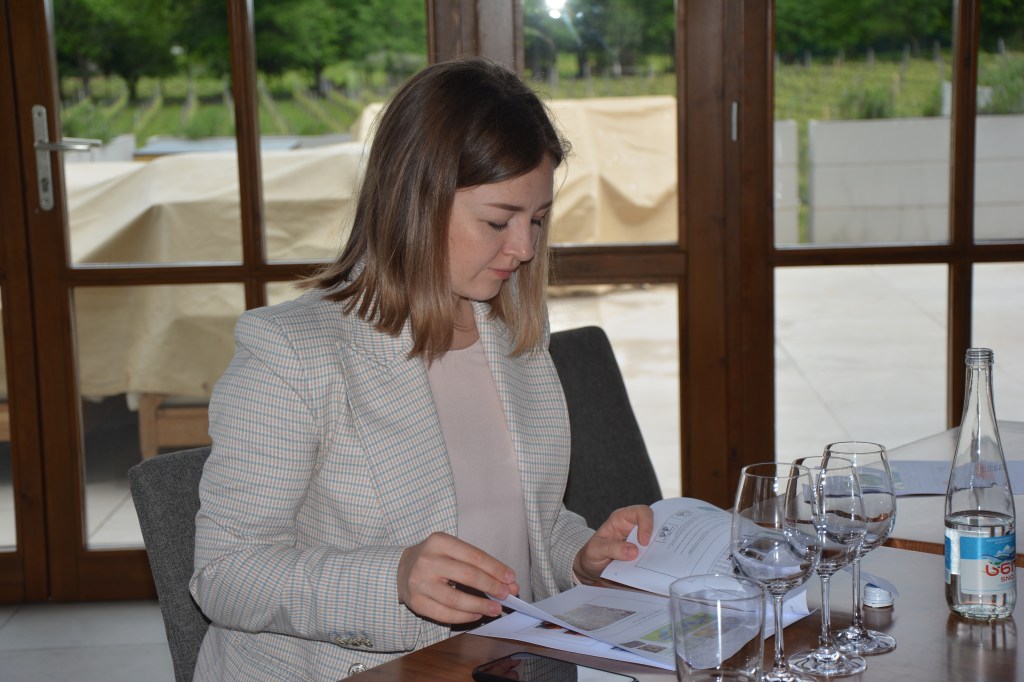 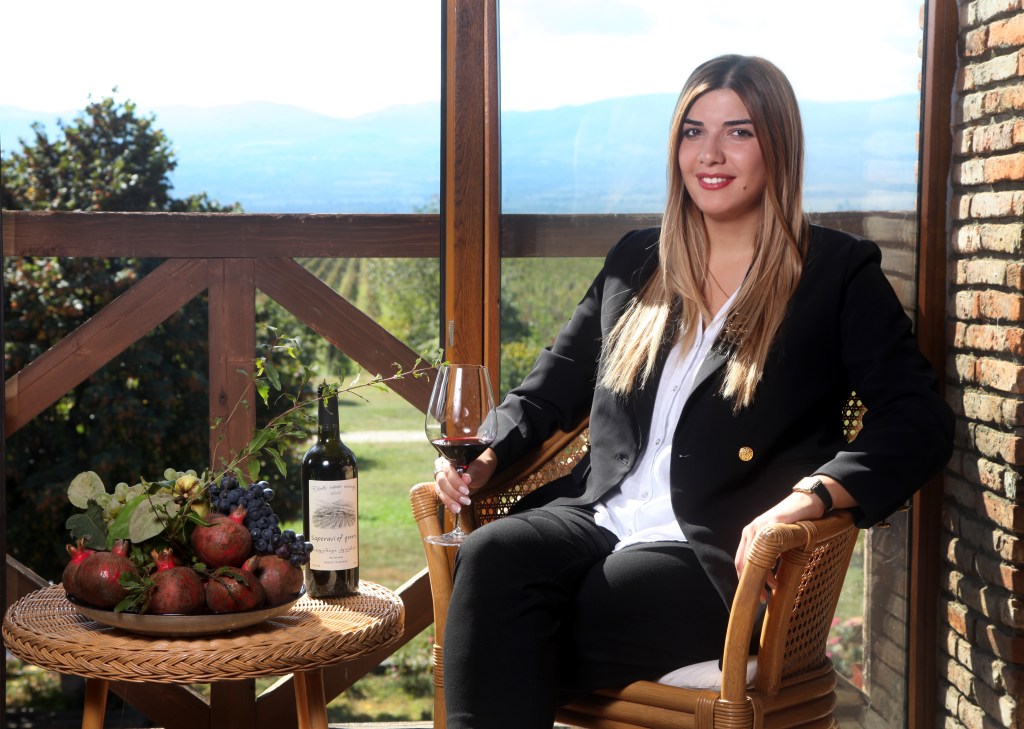