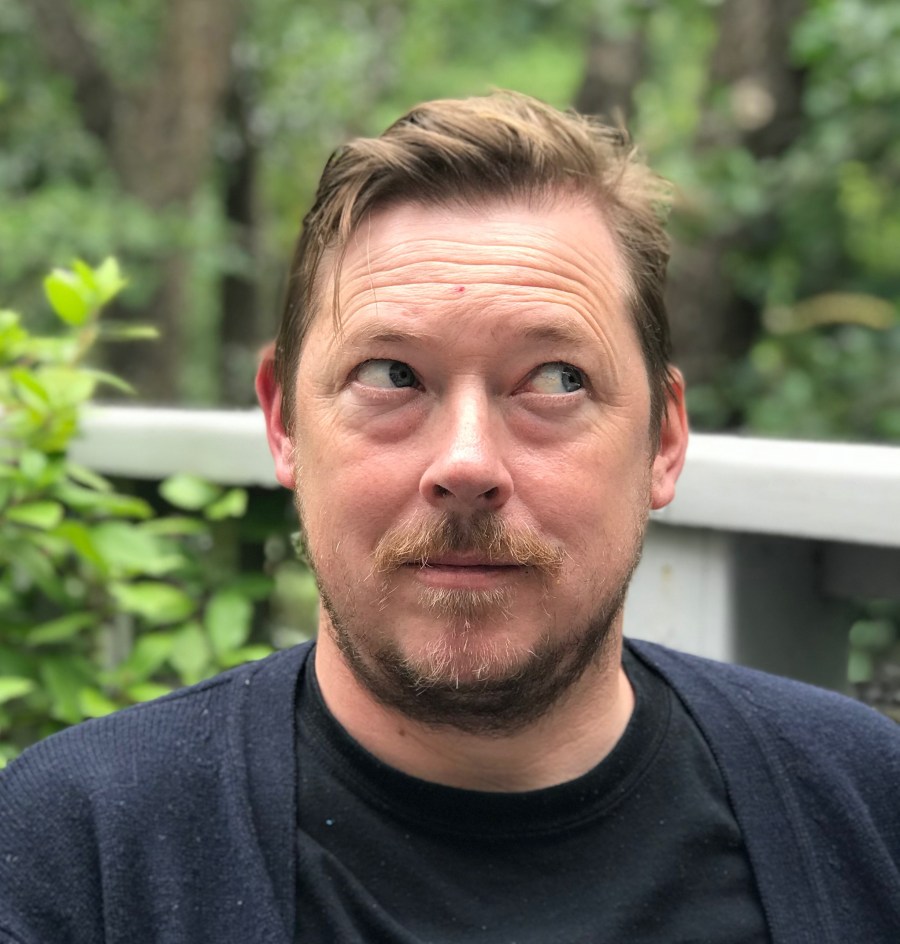 How did you get into wine?

Previously I worked in music but after 20 years, I had all but stopped listening to music and needed to find a new passion.

I started visiting wine regions and wineries; I remember driving to a music conference via Champagne, Burgundy, and Rhône. Then at a tasting, Jim Clendenen from Au Bon Climat suggested that the best way to learn was by taking part in a harvest. I tasted Will Davenport’s wine at the much-missed Arbutus in Soho and was amazed and excited that something so wonderful could be made in England. I got in touch and asked if I could do a vintage with him; thankfully, he said yes.

Which winemakers have you taken inspiration from?

Obviously Will Davenport and his Horsmonden Dry, which is consistently one of the best English still whites. He also introduced me to Ortega for which I’m very grateful. It’s hard not to be inspired by the current English winemakers, such as Emma Rice at Hattingley and Dermot Sugrue at Wiston who are consistently achieving such great things. I particularly admire true pioneers like Peter Hall at Breaky Bottom, one of the best places in the world to spend an afternoon.

What is your winemaking style?

One of the things that I picked up from Will Davenport is the idea of letting the fruit get as ripe as possible and then staying out of its way during the winemaking process. However, we also want to make use of technology that’s available to give our fruit the best chance to speak for itself. At Westwell, we have a long ripening season that creates richness and flavour so we are trying to develop sparkling wines which celebrate that, like some of the signature styles of Grand Marques – perhaps the Krug of Kent?!

What modern technology could you not live without?

The first thing I absolutely love in the winery is our Kiesel pump which helps us to move the wine around in as gentle a way as possible. The second is our temperature-controlled chilling system. It was a real labour of love (and occasionally hate) for Marcus, our vineyard manager, and I to install. It saw us both covered in glycol on several occasions, and soldering electrics in the dark, but as this year’s ferments have proved, it has been totally worth it.

Our worry earlier on in the year was that there might be difficulty ripening the crop as there were two separate flowerings. The August rain exacerbated this concern, but in the end, we enjoyed a very long, slow ripening season that meant that the fruit developed excellently with deep, lasting flavours. It’s ended up being the largest crop that Westwell has ever produced.

Is there one key event of harvest 2018 that will you never forget?

We were lucky to have several volunteers come and help at harvest, including Robin from Burning Sky Brewery. While sharing stories about winemaking and beermaking the idea of using grape skins in a brew came up. We had a memorable, hair-raising, drive in heavy mist, with zero visibility, taking three tubs of grape skins from Westwell to the Burning Sky Brewery based just outside Lewes. I’m looking forward to sampling the results soon.

Any unusual pieces of winemaking equipment?

The previous owner of Westwell Wines, John Rowe, was the first winemaker in UK to import an amphora from Artenova. Last year, we were able to develop a rich, honeyed skin contact Ortega, which we will be releasing shortly, and the amphora brought some wonderful wild herb, fennel, and honeysuckle notes to the blend.

What have been the key challenges of dealing with the bumper crop?

Definitely maths. Making tank space in an abundant year is like playing Tetris on a huge scale. The yield was hard to predict, and while we thought we had space covered, as the numbers started to come in we realised it would be a challenge. We managed it, though we were rushed off our feet bottling the 2017 vintage to create tank space just before harvest.

Has this year offered greater freedom to experiment?

This year, we’ve been able to continue our experimentation with still wines through a series of non-inoculated ferments of Ortega and Pinot with which we are making two different skin contacts – a blended red and a saignée method rosé, which I’m particularly excited about.

Is there anything on your ‘shopping list’ for next year?

Tanks, to ease our space-solving quandaries, are first on the list. Also, having fermented Ortega with different fermentation vessels and yeasts, I’d really like to try non-inoculated ferments in a wooden foudre, concrete egg, amphora and steel vessels of the same size. We’re also looking at purchasing under-vine weeding equipment and a new bag for our very overworked Wilmes press… and did I mention tanks?

What is your favourite variety to work with and why?

Chardonnay works particularly well on our site. We’re able to achieve great flavours and our clone choices allow us the potential for really excellent still and sparkling wines. This year, we have our Burgundy clones fermenting in barrel, which we are hoping to produce a still Chardonnay with. Next year, we’re also planting an experimental plot to see what other varieties will thrive in Westwell’s soil.

Both have their place and in many ways, it’s similar to digital and vinyl in music. Vinyl offers a tactile and involving analogue experience and digital is convenient but perhaps lacks the romance.

How can winemakers ensure they are staying ahead of trends to better connect with consumers?

A winemaker’s focus needs to be on the fruit, but keeping up to date with the latest trends can lead to some unexpected serendipity. For example, the focus with our 2017 Ortega was to make a delicate, fresh expression of the grape. Earlier this year I was introduced to Rupert Taylor from Uncharted, a small agency whose wine on tap range is exceptional.

During our conversation, it became obvious that the ability of kegs to retain delicacy and pureness of fruit would work perfectly with our 2017 Ortega. Not only does wine in keg offer environmental benefits, it also enables restaurants and bars to offer more wines by the glass. Thanks to the Uncharted team, our Ortega Classic Ferment is now being served by the glass in a number of restaurants in London and I couldn’t be happier that more people are getting to taste it in it’s freshest form.

We will have just finished harvest and hope to be just as inspired by the fruit as I am this year.