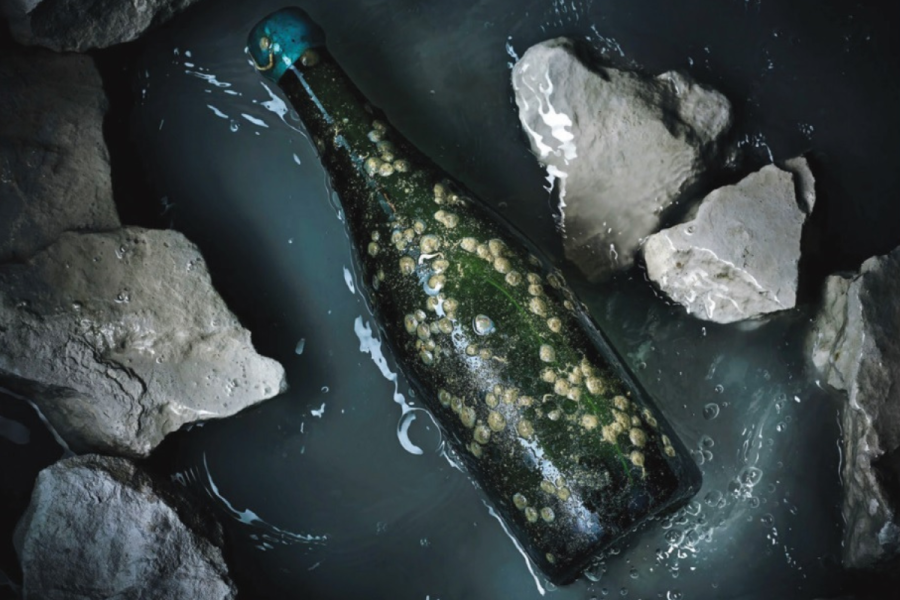 Hampshire sparkling wine producer Exton Park previews its 2014 vintage sea-aged Blanc de Blanc, ‘60 Below’, which has spent 12 months ageing under the sea off the coast of Brest in Brittany, France, still in its pre-disgorgement form.

Under French law, Champagne can only leave their maisons’ cellar door after disgorgement has taken place; but Exton Park has been able to conduct its own experiment to see what happens when its wine remains on its lees completely sealed off from outside air at 60 metres under the water.

Exton Park wine director Corinne Seely said: “Key here is the fact that there is a perpetual movement on the bottles while they are resting on their lees under the water – darkness and temperature are already replicated in the cellar, but what is going to be so interesting is to see the effect that the constant and gentle movement of the sea has on the ageing of the wines, as well as the similar pressure outside and inside the bottle.”

Exton Park plans to release 180 of these very limited-edition wines later this year, when they will have had seven years of lees-ageing in total – of which one was under the sea.

Corinne said: “We have spent the last 10 years experimenting and innovating in our winery. The English wine industry is still a relatively young one, but we are not constrained by the same regulations that the Champagne Houses are. The ‘under-the-sea’ project is an opportunity for us to really push the boundaries and test how our wines respond to ageing in different conditions.”

To immerse the wine in the best possible location, Exton Park worked with Amphoris, a team of marine project specialists. Their ‘underwater cellar’ offers a safe and secure location away from fishing and military activity, as well as complete darkness, a constant temperature and specific sea bed, current and swell characteristics.

Amphoris’s Denis Drouin said: “Amphoris has designed an innovative underwater ageing service, specifically for wine professionals, that offers a more scientific approach. Our underwater cellars (-60m and -20m water depth) hold tens of thousands of bottles of Champagne, sparkling wine, still wine and spirits in patented caissons. They are located at the heart of the Molène archipelago, near the island of Ouessant (Ushant), off the coast of Brittany, in the Atlantic Ocean which we believe is the best possible location to meet our strict, scientific criteria.”

60 Below, will be released in October so it will be available initially through ‘The Vault’ before it goes into general release.