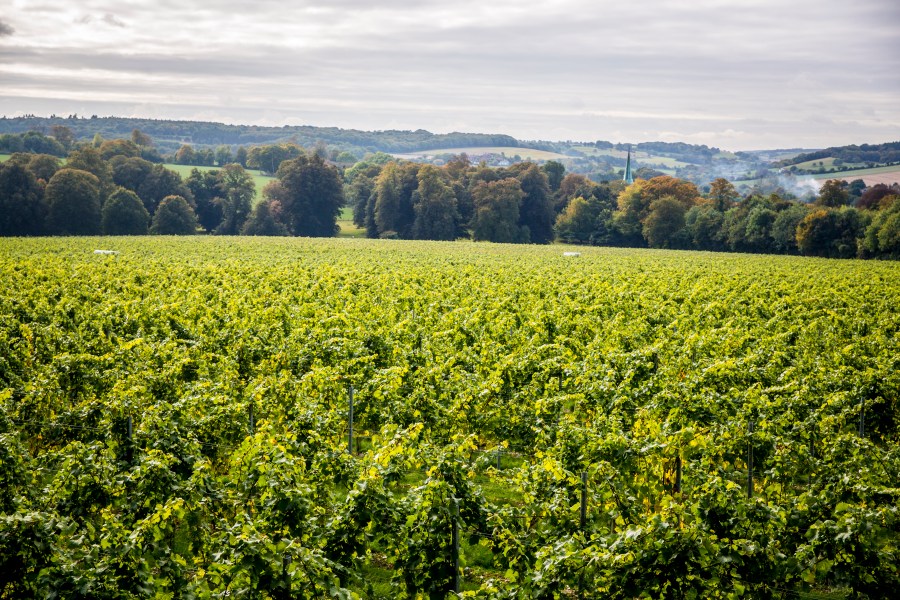 Winemakers are constantly looking for the perfect balance between different aroma and mouthfeel compounds, ideally resulting in wines that are complex but typical, structured and yet elegant, ready to drink but with some aging potential. And of course devoid of any fault.

In the last decade, the wine industry has generally shifted towards the use of closures allowing little oxygen exposure post-bottling, as this was thought to allow the preservation of certain fruit-driven wine styles favoured by consumers. The drawback of this was the increased occurrence of certain unpleasant aroma characters reminiscent of sewage, cabbage, animal, or even rotten egg, often referred to as ‘reduction’. From a chemical point of view, these characteristics arise from an accumulation of sulphur containing volatile compounds, in particular H2S and methyl mercaptan (MeSH).

Figure 1 displays a theoretical diagram of the onset of reductive characters in a wine during bottle storage. In modern industry, wines are usually bottled with no obvious reductive characters, so that in the first few months post bottling reduction is hardly observed. In addition, wine bottles initially contain significant amounts of oxygen (typically 1-5 mg/L) deriving from the bottling process and this prevents the accumulation of any reductive aroma compound, as we will see later. As the wine sits in the bottle with a limited exposure to oxygen, the concentration of H2S and other reductive compounds increases and typically after 4-8 months post-bottling reduction becomes sensorially detectable to an extent that can further increase with time.

One aspect that makes reduction very difficult to deal with lies in the huge variability of individual wines with regard to their capacity to develop reductive characters in the bottle. Experience has shown that certain wines have a tendency to develop reduction in the bottle, and winemakers are sometimes able to identify specific varieties or even individual vineyards with this characteristic. But in general there is no reliable way to predict the occurrence of post-bottling reduction, and therefore to take adequate countermeasures. The addition of small doses of copper at bottling has been long used to prevent accumulation of H2S, MeSH, and other mercaptans, due to the well documented ability of copper to bind compounds with an –SH group. However, for this same reason, copper addition has negative consequences towards fruity varietal thiols, and in addition copper can also promote oxidative reactions. Also, interestingly, it was shown that copper addition can actually increase the capacity of a wine to form H2S during bottle storage, see Figure 2.

The intrinsic capacity of a wine to accumulate high concentrations of reductive compounds might depend on several factors, as in Figure 3. It is possible that some wines contain high concentrations of precursors, including certain amino acids such as cysteine, but also sulfur containing chemicals deriving from vineyard treatments, especially when these are applied too close to harvest. In addition, it is also possible that some wines have increased capacity to convert the relevant precursors into the aroma active compounds, for example due to the combination of factors such as pH, specific metal profiles (including copper), and other unknown factors. A third factor, which from a practical point of view offers some very interesting opportunities, is linked to the ability of a wine to react with reductive compounds, resulting in a net decrease in their concentration. Compounds such as H2S and MeSH are very reactive in the wine environment, especially when reactive forms of phenolic compounds (eg quinones) are formed as a consequence of oxygen exposure. Therefore, management of oxygen exposure in the bottle offers interesting opportunities to modulate the evolution of reductive compounds during bottle aging.

Interestingly, recent studies have shown that not all sulphur compounds react in the same way when a wine is exposed to oxygen. In fact, compounds such as H2S are way more responsive to oxygen compared to a varietal fruity sulphur compound such as 3MH, see Figure 4. Therefore, while in general the use of relatively tight closures is always recommended to increase the preservation of fruity sulphur compounds, when reduction is an issue winemakers can confidently rely on closures with a low-moderate oxygen ingress instead of the ultra tight closures that have become popular in recent years. This would prevent excessive accumulation of highly oxygen sensitive compounds such as H2S, without exposing the wine to major losses of fruity varietal sulphur compounds.

Bruni Erben with their supply partners have a wide range and offering of closures with varying oxygen exposures where reduction can be effectively controlled. Nomacroc, Vinotwist 30x60s, Vinolok, Diam corks series covers critical range of four different closures, allowing winemakers to achieve the perfect balance of aroma evolution during bottle storage. Alongside this we offer oxygen measurements and audits to check oxygen ingress during all aspects of the winemaking process and the most critical phase of bottling (both still and sparkling) wine.