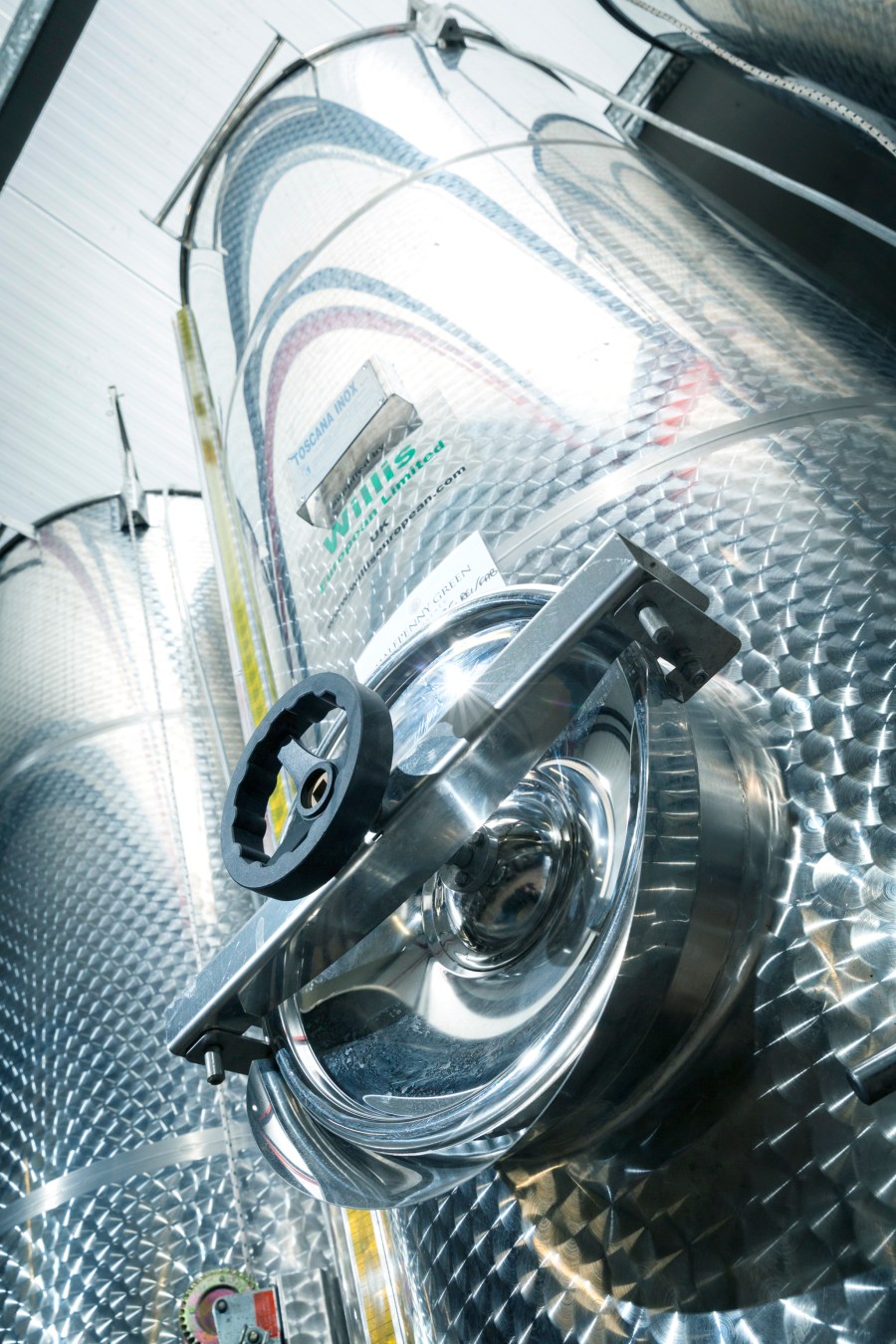 When Martin Vickers’ grandfather acquired the Halfpenny Green estate near Wolverhampton, West Midlands, in the 1930s it was a mixed farming enterprise. By the late 1960s the family-run farm was focused entirely on arable but it was in 1983 when Martin planted the first vines as a hobby that the estate diversified into viticulture.

Martin Vickers’ trial vineyard, which raised many eyebrows not only being in the formative years of English wine production but also being in the Midlands, quickly became a serious business and today the vineyard is planted across 30-acres, including 16 core varieties with a few trial plots increasing this total to 20.

Despite today’s reputation as one of the country’s leading contract winemakers, Martin and his son Clive Vickers were initially undecided as to whether to establish a winery or not.

“In the beginning, we were having our wine made elsewhere,” said Martin Vickers, founder of Halfpenny Green Wine Estate. “The trigger was in 1990 when the vineyard increased to 20 acres and we realised that we needed our own facilities. In 1994, we constructed the original winery where the shop is now located.”

Requiring more space, in 2005 a purpose built 3,200 square foot shed was constructed and the Vickers started investing in stainless steel, bottling and disgorging lines, presses, filtration and other essential equipment.

With the UK’s home-grown wine industry on the rise and an ever-increasing number of vines going into the ground, in 2009 and again in 2013 the winery was further expanded and since then, along with welcoming Martin’s step-son Ben Hunt into the business, the estate has developed a sophisticated, reputable contract winemaking offering for growers across England and Wales.

“In the early days, a few people would turn up with their grapes and Clive would throw them in the press and give them their own little tank,” said Ben Hunt, winery manager at Halfpenny Green Wine Estate. “Until 2010 we only had three contract customers but with the expansion of our site and several people whose first crop was coming through, in 2013 we gained 30 new clients. Today we have 92 stainless steel tanks servicing 60 growers, 45 of which are selling commercially.”

Customer loyalty and an ever-expanding list of contract jobs has been driven by word of mouth; continual investment into the winery; the estate’s central geography; the family’s willingness to advise and help growers; and above all the winemaking knowledge and experience reflected in the estate’s award-winning Halfpenny Green range.

“If I was starting a vineyard from scratch I would want to know where I was having my wine made,” said Ben. “I would want to visit to see the facilities. I would want to develop a relationship with the winemakers and see how they have done with their own products. Geography helps too because you will need to transport the fruit, visit for tastings and then collect the final product. We are in a good spot here, close to the M6 and quite central with contract customers in North and South Wales, North Yorkshire, Northamptonshire, Leicestershire and Buckinghamshire.”

Getting the crop right

Well respected in the region for the work they carry out for other growers, the family give contract customers extensive time and support throughout the whole process to ensure that quality fruit arrives at the winery.

As well as advising new growers on site selection and which varieties to plant, Martin visits vineyards to share his 30 plus years of viticultural knowledge.

“I go out as much as I can throughout the year but particularly pre-harvest to build a picture of what yield will be coming in,” said Martin. “We will see how they are getting on and I will help the growers to get the crop right and to get it picked at the right stage.”

“We have been working with people for several years and we can help them adjust and improve year on year,” said Ben. “We had a vineyard who over cropped in the past resulting in almost non-existent sugar levels, but we have since been able to advise them on how they can improve with better vineyard management.”

Working with a multitude of different varieties on their own estate and seeing grapes come in from all over England and Wales, harvest at Halfpenny Green will typically last seven to eight weeks. The estate’s own fruit is never prioritised before contract customers and Clive and Ben work hard to plan when grapes are likely to be arriving.

“We know what our contract customers have and the approximate window for that variety to come in,” said Ben. “Grapes will typically be pressed the day they arrive, even if that involves working late nights to get through a queue of ten vineyards.”

With three presses on site, turnaround is relatively quick and although one press is usually taken up by the estate’s own fruit, not picking from the Halfpenny Green vineyard at weekends provides a clear window for smaller producers with full time jobs to come in with their grapes.

As well as pushing to get the best quality fruit from their customers’ vineyards, often seeing a close relationship between their winery figures (acid, sugars and how the different varieties have yielded) and the national reports compiled by Stephen Skelton MW, Clive is always keen to manage his customers’ expectations.

“We have learnt to be brutally honest when they deliver the grapes,” said Clive Vickers. “We show them the sugar levels and acidity and will be open with them as to what level of wine they will get. Once we get to know them we can push them to pick later, or earlier, depending on what they have done in the past, and it usually pays off.”