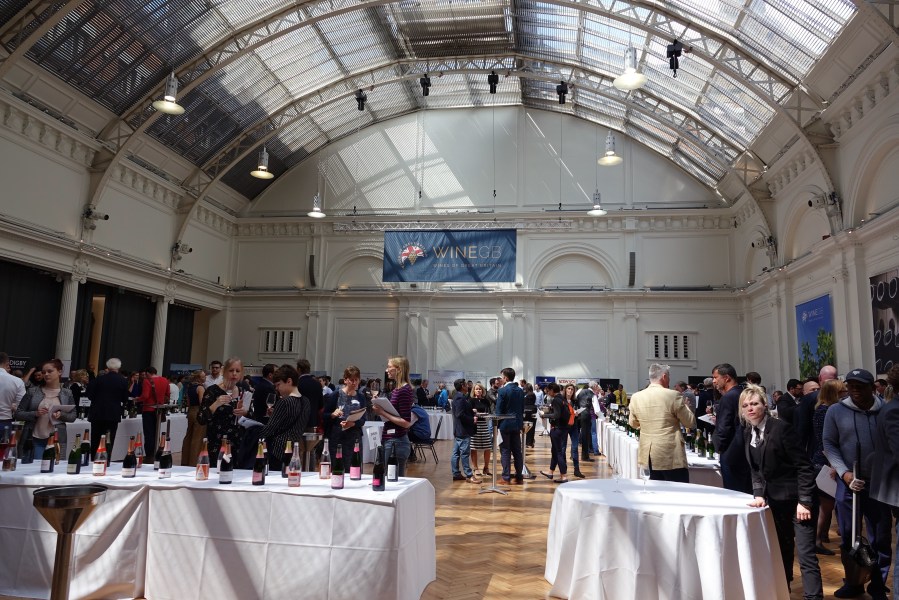 The report compiled by Wines of Great Britain (WineGB), released at the membership organisation’s first annual trade and press tasting on 26 April 2018, demonstrated that sales of English and Welsh wine grew by 31% between 2015 and 2017, but with predictions that the sector could be responsible for 40 million bottles of wine per year by 2040 where is this set to go?

As producers tap into new markets it is estimated, that the UK export market could beaccountable for sales in the region of £350 million by 2040. However, with the retail value of 40 million bottles reported to be around £1 billion, producers will still need to look to cellar door sales and the domestic trade markets to account for the remaining £650 million.

Speaking at a seminar held at the WineGB press and trade tasting, Freddy Bulmer, English wine buyer at the Wine Society, and Rob and Sue Jones, owners of the Harrow at Little Bedwyn, a Michelin star restaurant, looked at consumers’ perceptions from on and off trade point of view, providing thoughts on where they think the industry should be heading.

A direct to consumer, mainly online platform, the Wine Society has a portfolio of over 1,200 wines from around the world. Accounting for a small percentage of that, Freddy Bulmer, the company’s English wine buyer, is allocated just three slots for English sparkling wine, seven still whites and one still rosé.

While this small snapshot is representative of sales, Freddy expects the category to grow as Wine Society customers tend to be ‘a very engaged sector of wines drinkers’ who are always ‘on the lookout for an exciting discovery’.

Considering English sparkling wine to be a step ahead in terms of public acceptance, Freddy treats English still and sparkling wines as two separate categories, aimed at two very different types of customer, with English still wine proving to be a challenging sell.

“When it comes to the still wines there is excellent quality to be found but they still haven’t seen quite the same recognition,” said Freddy Bulmer. “Our customers will look at a £10 bottle of Bacchus and will then look at what else they can get on for £10 and the choice is massive.”

Producers need to be aware that they are competing on a world stage; English and Welsh wine needs to be able to compete both in terms of value and quality to be successful with domestic consumers.

“We have to be able to provide our members with great value,” said Freddy. “Not just value for an English wine, but good value when it is compared to global wines. Having said that, I don’t ever want to see wines from Great Britain on a race to the bottom in terms of price. We have seen that in other areas of the world and it doesn’t benefit anyone in the long term.”

Getting customers to part with their hard earned cashed for a still English wine produced from a variety they may never heard of before may be challenging, but Freddy believes that this will ‘come with time’ so long as producers keep quality high and work together to create an overall focus for the wines.

“Any successful wine region can be summed in a sentence or two,” said Freddy. “Either by the grape variety or the style of wine. It is fantastic that we have this diversity but hopefully at some point we will create a solid message and be able to say this is what we do really well.”

Predicting the future for still wines, Freddy sees Bacchus as a ‘real point of difference’ and the most exciting English still wine. Emphasising its similarities to Sauvignon blanc he believes that it is familiar with most consumers and the next stage is ‘about getting people hooked on it’.

Finally, in terms of development in the winery, Freddy finds the best producers to work with are those who are ‘constantly unsatisfied’ and always looking to improve.

At the Harrow, owners Rob and Sue Jones have more freedom with their wine list and unlike an online retailer can guide consumers towards their English and Welsh wine offering, helping to challenge and change peoples’ perceptions.

“Five years ago, I would ask customers if they wanted to try an English sparkling wine and they would give me a suspicious look as if we were trying to get rid of it,” said Sue Jones. “This has completely change people are now starting to find their favourites and are asking for specific name.”

Part of this process involves an emphasis on staff training and as well as holding regular tasting for workers, Sue and Rob also encourage producers to come and visit, to share their story so staff can share that with consumers.

Food pairings, having the ability to sell by the glass, using the menu to build awareness of the wines on offer and giving people the option to taste have all helped to drive sales of English and Welsh wine at the Harrow.

“We have things open for tasting because it is important to show your customers how passionate you are about the wines,” said Sue. “It gives them that same feeling, that they are part of something special. If you have regular customers, don’t let them always order the same thing. Suggest alternatives and if they normally drink a non-vintage Champagne let them try a vintage English sparkling.”