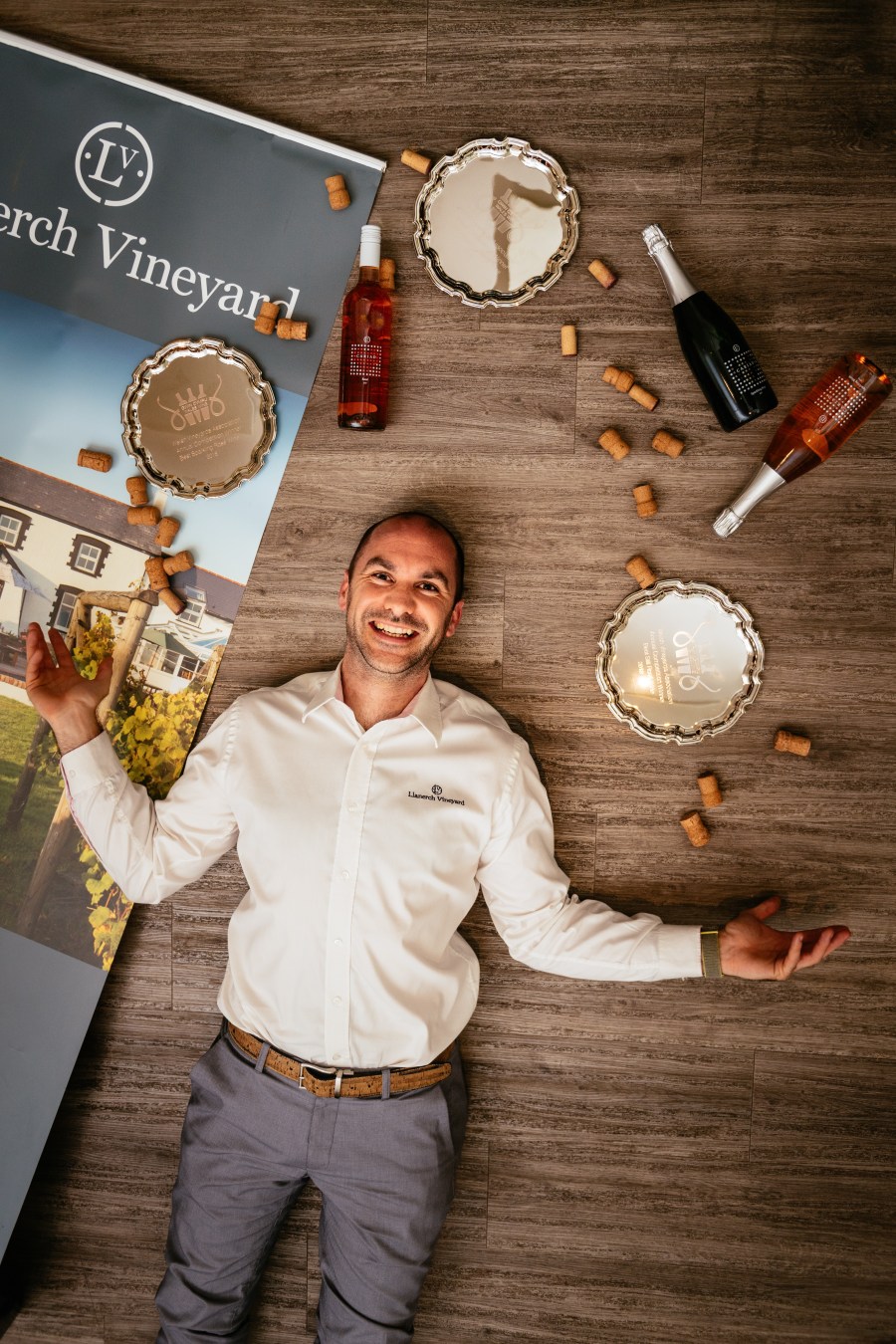 33 wines from seven producers were tasted in this year’s annual Welsh Vineyard Association (WVA) competition, held at Llanerch Vineyard in the Vale of Glamorgan on 6 November 2018.

Overall, 22 wines received awards, including two golds, (both produced from 100% Solaris), 10 silver and 10 bronze. Demonstrating the increasing quality of wines being produced across Wales, this year has not only seen the highest number of golds ever awarded in the competition, but also all the white wines entered were presented with a medal, and it is also the first time one producer has scooped three trophies.

Split into five classes, white, rosé, red, sparkling white and sparkling rosé, the wines were scored out of 20 by the esteemed judging panel of Linda Johnson-Bell, Sue Tolson and Dylan Rowlands. Average scores were then taken with 14-15.9 marks equating to bronze, 16-17.9 to silver and 18-20 to gold. One wine was then chosen as the overall award winner in each class, with the overall winning wine, Llaethliw’s Dry White, 2017, going on to receive the Thomas Davies Memorial Trophy.

“It has been a tough year for our vineyard with an unpredicted spell of hail in May, so to finish off with this award is excellent,” said Jac Evens, at Llaethliw Vineyard, which is situated at the foothills of the Cambrian Mountains in Neuaddlwyd, Aberaeron, on the west coast of Wales. “It is the first time we have received a gold for one of our wines. Thinking back to the 2017 vintage, we only produced a small quantity, around two tonnes, due to a frost but clearly this had a positive effect on quality. It is also great to see that the competition’s two gold medal winning wines were Solaris, both made at Halfpenny Green winery.”

“I am very proud of this year’s results,” said Robb Merchant, chairman of the Welsh Vineyards Association. “While the number of wines entered was down, due to the result of smaller harvests in 2016 and 2017, the results shown reflect the focus each vineyard places on growing quality grapes to enable the winemaker to make the quality Welsh wines. The still white class saw 11 wines entered and all received medals demonstrating how the bar is again rising for Welsh Wine.”

The awards were presented at the WVA annual dinner, which was well attended by the Welsh vineyards, their guests and with some high-profile guests, including Lord Dafydd Ellis-Thomas AM Minister for Tourism, Culture and Sport, as well as members of the Food and Drink board for Wales, Drinks Cluster managers who have supported the Welsh Vineyard Association throughout 2018.

The Welsh Vineyard association would like to thank Three Choirs Vineyards, Halfpenny Green Vineyard, Smarts and Hadley Group for their support this year.