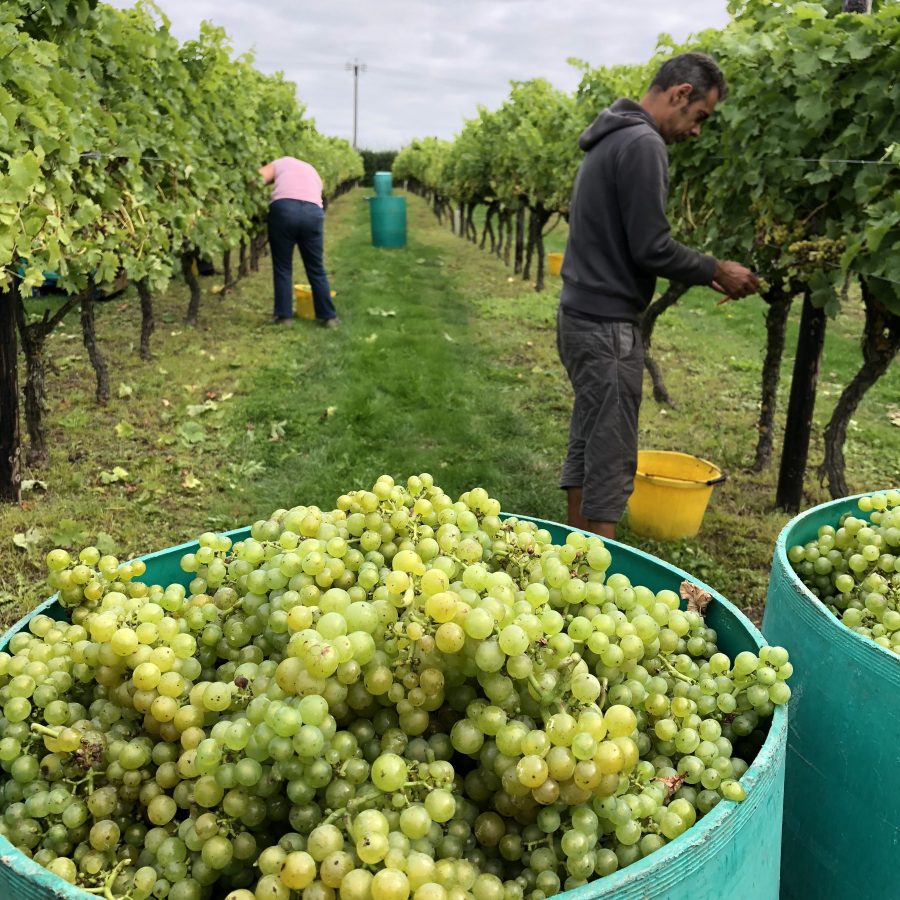 According to viticulturalist Stephen Skelton MW, the last time the UK harvest started this early was in 1982. Having also begun on 28 August, this year officially becomes the joint earliest harvest on record.

“We started picking one month earlier than usual,” said second-generation grower Julian Barnes, owner of Biddenden Vineyards. “With the stunning weather over the last couple of months, the grapes have come on extremely well. The crop is amazing and while the downpour we had late August has had an effect, with signs of disease starting to move, overall the fruit is looking in excellent condition with heavy cropping throughout.”

Established 49 years ago by Julian’s parents, Biddenden now has 23-acres under vine, of which over half is Ortega. Harvest at the family-run estate will extend over approximately eight weeks as the team of local pickers works through 11 different varieties, including Bacchus, Dornfelder, Gamay, Pinot noir, Reichensteiner, Scheurebe and Schönburger.

As one of the only vineyards in the UK growing Gamay, Biddenden has in previous good years (2003, 2004 and 2011) used the variety for a single varietal still red wine. Having cut 65% off the Gamay vines not long after flowering this year, to work with just one bunch per cane, and looking at the season so far, Julian believes another single varietal wine is probably on the cards.

“We have bunches of Gamay out there which if you were French you would be glad to have hold of,” said Julian. “We don’t know what the weather is going to do and at the end of the day it’s agriculture and there is no entitlement to it. From an industry point of view as well it will be interesting to see what wines appear next year and whether those focusing on sparkling will take the early season as a chance to try and produce more still Chardonnays and Pinot noirs. It will be interesting to see whether they go for the money or laying it down.”

While there is still a long way to go until everything is safely in the winery and substantial comments can be made about the 2018 vintage, there is undoubtedly a lot of fruit around and a clear air of optimism among growers.

“We’ve waited 30 years for this vintage which I have no doubt will be a benchmark for years to come,” said Bob Lindo at Camel Valley in Cornwall. “There is huge potential and it’s a joy to work through.”

There is also a positive outlook for this year’s vintage among Welsh producers and Robb Merchant, owner of White Castle Vineyard and chairman of the Welsh Vineyards Association is anticipating his largest harvest since his first vintage in 2011.

“We’re expecting to start harvesting some of our early-ripening varieties on 9 September, two weeks earlier than last year and a month earlier than average,” said Robb. “The grapes are looking very clean and we’re confident that the quality will be excellent. I’ve spoken to many Welsh vineyard owners over the last few days who are all reporting earlier harvest dates and large crops.”