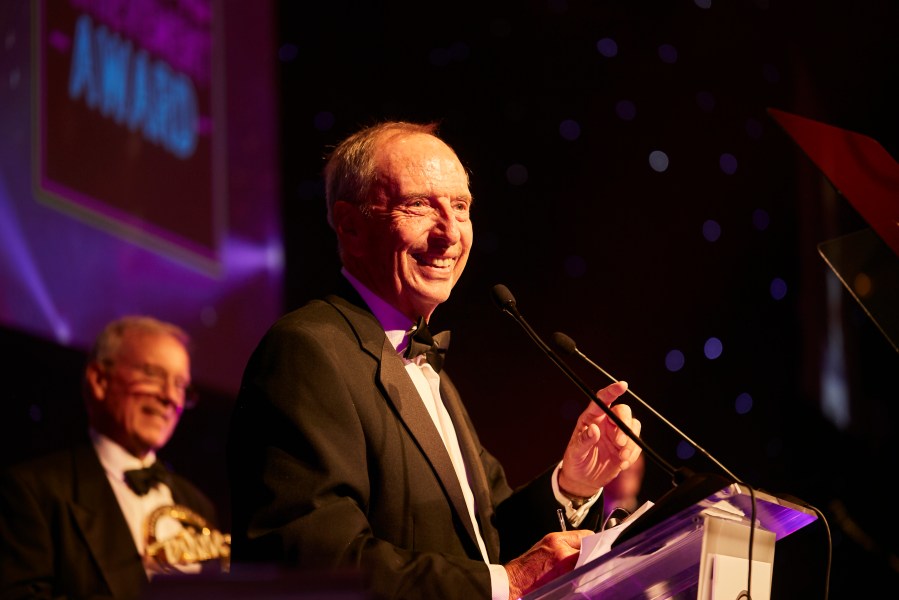 Monday 9 July 2018 proved to be a landmark evening for English sparkling wine as Cherie Spriggs became the first recipient of the International Wine Challenge’s (IWC) sparkling winemaker of the year award not to hail from Champagne.

The Nyetimber winemaker is also the first female producer to collect the accolade which was presented at London’s Grosvenor House Hotel as part of the IWC’s 36th annual awards dinner, widely referred to as the ‘Oscars of the wine world’.

Cherie joined Nyetimber, along with her husband Brad Greatrix, in 2007 after studying at the Wine Research Center in Vancouver and at Adelaide University. She has been nominated twice in the past three years for the award and being highly respected in the industry the IWC “felt it fitting” that she won the award this year.

“I am overwhelmingly flattered to receive this award,” said Cherie Spriggs, Nyetimber’s head winemaker. “This win is for everyone that works at Nyetimber, who day after day provide inspiration as well as endless passion, drive and commitment to exceed expectations, all in the pursuit of perfection. This award is not only a great achievement for Nyetimber, but also gives an indication of the direction this industry is headed in. What is being achieved today here in England, by English wine producers, is significant as it has never been done before outside of Champagne.”

Alongside Cherie, Bob Lindo, founder of Cornwall’s Camel Valley, was recognised for his work and contribution to the UK wine industry being awarded a special IWC lifetime achievement award. And how fitting that the ex-RAF pilot should collect his award on the same day the RAF celebrated its 100-year anniversary with a demonstration over London.

Having planted 8,000 vines in 1989 with his wife Annie, Bob pointed out that the vineyard was very much an equal partnership from the beginning and declared the accolade a ‘joint lifetime award’. In his speech, Bob looked back on the ‘enormous’ impact the International Wine Challenge has had on the reputation of both Camel Valley and English wine.

“It is a great honour to receive this amazing award,” said Bob. “Thank you, on behalf of all the Lindo family and also on behalf of all English growers and winemakers. 30 years ago, this would have been unthinkable, but we had a simple mantra: make the best wine you can, win awards and tell people. I won my first, and the UK’s first, IWC gold medal for sparkling wine in 2005 with the 2001 Camel Valley Cornwall Brut. I was so pleased, I flew to Bordeaux to collect it and, to this day, the gold sticker remains stuck to my bed post. My hope for the future is that English vineyards continue to compete on quality not on price.”

The IWC Cellar Door of the Year 2018 award, in partnership with Visit England and sponsored by London Wine Fair, went to High Clandon. The estate was founded in 2004 by Sibylla and Bruce Tindale and judges stated that the experience from start to finish was excellent with a well-structured tour, interesting commentary from the hosts as well as an up close and personal look at the vines followed by a tasting.

“All in all, it’s been another great year for England,” said Charles Metcalfe, co-chair at the International Wine Challenge. “We are already excited to see what next year brings and are thrilled to support the flourishing wine industry here on home turf. Our huge congratulations must also of course be extended to Cherie Spriggs at Nyetimber and Bob and the team at Camel Valley. Two pillars of homegrown talent we are thrilled to celebrate.”