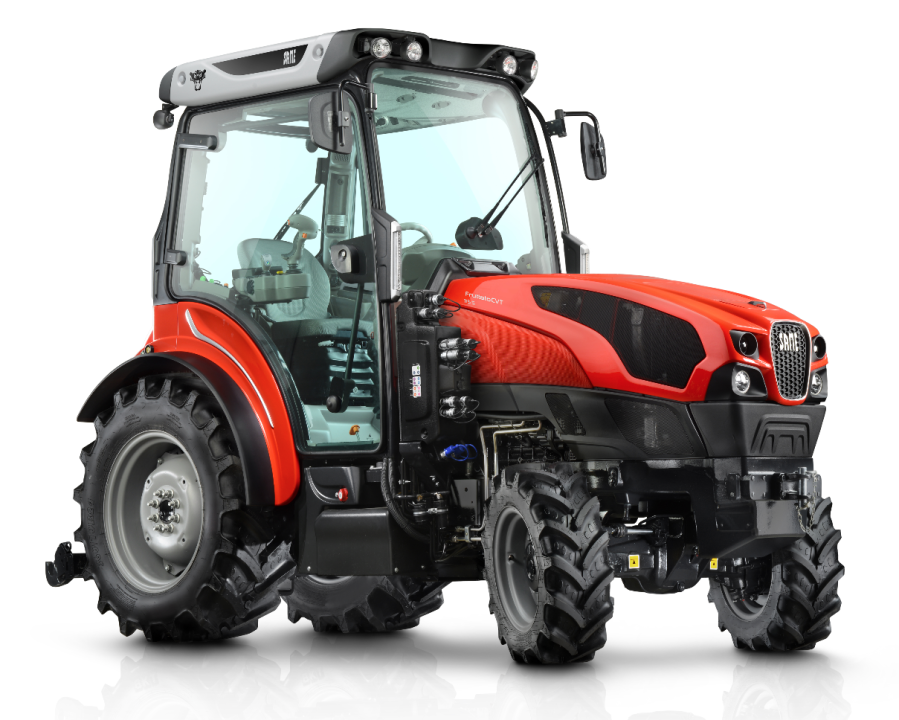 During a trip to Germany in the 1980s, Mr McAlpine’s then hop farm manager had spotted an unusual trailed sprayer which was powered by a Volkswagen Beetle engine and was penetrating the hops in a way which had never been seen before in the UK. After returning to Forstal Farm in Lamberhurst, Kent, he told Mr McAlpine that it was essential they purchase one, and so the first Holder sprayer was imported.

Word quickly spread around the neighbouring hop farmers, who soon began to approach Mr McAlpine, asking if he could import and sell more of these revolutionary sprayers. At the same time as this small business began to operate from Forstal Farm, H A Tractors who were the Holder tractor dealership at the time closed down and, being in the right place at the right time, Mr McAlpine took the opportunity to develop and expand his machinery sales, and Lamberhurst Equipment was born.

The business was soon moved to Priory Farm in Lamberhurst, where it remains today, with an old cattle shed being converted to provide much needed workshop space, machinery and parts storage facilities, offices and a retail area for customers.

Over the years, Lamberhurst Equipment continued to flourish and in 1997 when Kenneth decided it was time to retire, he provided two of his employees with the chance to continue supplying farmers, fruit growers, foresters, and vineyards across Kent with specialist tractors and machinery.

“I had been working at Lamberhurst Equipment for just over a decade and Nigel Osborne, my now business partner, had been with us for five years,” said Andy Fuller, director of Lamberhurst Engineering. “I remember Mr McAlpine sat us both down, announced he wanted to retire, and asked if we would like to take over his supplier and customer base. It was a once in a life time opportunity that we could not miss and so Lamberhurst Engineering was established. Because a lot of people just called the company “Lamberhurst” anyway, no one really noticed the subtle name change and trading continued, uninterrupted.”

Before their time at Lamberhurst, Andy and Nigel had both worked at Heath Engineering Works in Horsmonden and with over 50 years’ combined experience in the specialist machinery trade the duo have successfully gained a reputation as one of the most respectable dealers to the UK viticulture sector.

Fast forwarding to the present day, Lamberhurst Engineering is still a registered dealer for the Holder range and continues to work with many of Mr McAlpine’s original suppliers, however as vineyards’ needs have evolved over the decades, Andy and Nigel have carefully sought out new manufacturers to better suit today’s budgets and requirements.

“Over the years we have seen drastic change in the UK vineyard sector and also in the technology now available to growers,” said Andy. “We work with some of the industry’s biggest producers who are employing skilled vineyard managers from established wine regions, such as Australia and New Zealand who are used to seeing big pieces of machinery working in the vineyards and they are not afraid to invest in the right equipment.”

When it comes to choosing the right tractor for the vineyard, budget can often dictate where to start. Lamberhurst Engineering still supply Holder, however, these are often seen as the “Mercedes Benz” of the tractor world with deep pockets required.

As suppliers to the arboricultural sector, Andy started working with Ferrari tractors around 18 years ago, because its range of low horsepower tractors are so compact they can easily fit on the back of a trailer, which is convenient for foresters moving around multiple sites in a day.

“There are a few Ferraris in vineyards and people have bought them for the novelty of being able to say they ‘own a Ferrari’,” said Andy. “But our main vineyard tractor range is from SAME. Nigel and I have experience of working with them from our Heath Engineering Works days, so there is a lot of history there.”

One of Lamberhurst Engineering’s main SAME customers is Chapel Down, a relationship which is also steeped in heritage as many in the UK viticulture industry will know that Kenneth McAlpine also established Lamberhurst Vineyard, which is today managed by Chapel Down.

“We upgrade and extend our fleet of tractors each year and while we have bought other brands in the past, none are as good as SAME,” said Luke Wolfe, vineyard operations manager at Chapel Down. “They are good value, easy to operate, they have good power and they don’t let you down. They are solid and the build quality is exceptional, which means that we are not spending excessively on service or repairs.”

Earlier in 2018, SAME launched its new Frutteto tractor, the CVT S. Designed to bring man and machine together, the latest SAME technology has been integrated into a machine which is a revolution for the specialised tractor segment.

“Never before has there been such an advanced and generously equipped machine available to the viticulture sector,” said Andy. “Not only is the SAME range able to do everything a vineyard manager would need, but these tractors are also very affordable. Whether you are establishing a vineyard, or just looking for a new vehicle, keeping capital costs to a minimum is always beneficial.”

The new SAME Frutteto CVT S family is powered by FARMotion engines with a new continuously variable transmission for seamless speed control from 0 km/h all the way up to a top speed of 40 km/h, which is now also attainable at low engine speed for fuel efficiency.

“There is no clutch and no gears,” said Andy. “Drivers can simply press the throttle and the engine will automatically match the transmission ratio to the required speed and load. There is also a cruise control function, which sets a desired speed, and the operator has the ability to choose from different engine management modes including Eco, which minimises fuel consumption, and Power, which maximises tractor performance.”

With no gearbox required, SAME has been able to completely flatten the cab floor, meaning that there is more space and operators no longer have to step over a centre block to get in and out.

The newly designed cab has been based on a four-pillar structure to help maximise driver visibility while negotiating round narrow vine rows, and inside features a multifunction MaxCom armrest, which lets the driver control all tractor functions directly from one easy to use joystick that can be adjusted so that it sits right in the operator’s palm.

As standard, the PTO is equipped with a progressive electrohydraulic clutch and offers three different speed modes (540, 540 ECO and 1000 rpm). There is also an Auto PTO function included, which automatically engages and disengages the PTO in relation to the position of the implement hitched to the 3-point linkage.