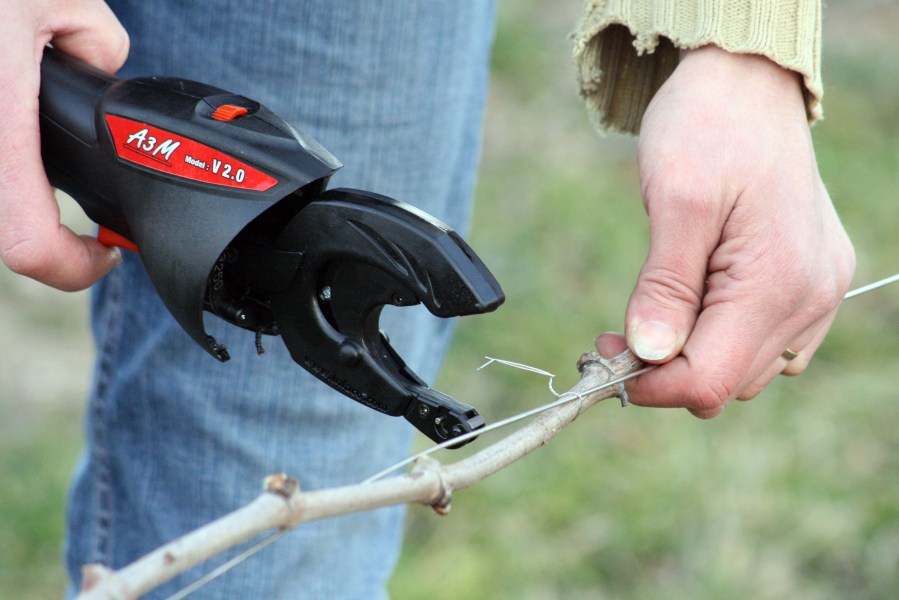 In 1995, the Worsley family launched Agricare to ensure that farmers in Kent would have an easily accessible and readily available supply of general agricultural sundries, consumables, and parts.

While the firm still deals with farmers operating across all sectors, in 2007 the family noticed a need for specialist equipment suppliers in the fruit industry and Agricare became dedicated to the horticulture sector.

“Being located in East Kent there were a lot of fruit growers who approached us for various supplies and equipment,” said Ross Worsley, director at Agricare. “We could see that the fruit industry was thriving and expanding, so we developed a specialist range of machinery under the Kirkland brand.”

As Agricare’s sales and reputation among fruit growers progressed rapidly over the next six years, the family decided that, in order to ensure that each part of the business could effectively cope with customer demand, the logical progression would be for Kirkland range to be established as its own company.

Kirkland, which was profiled in the September 2018 edition of Vineyard Magazine, has since expanded its specialist machinery and equipment offering under the management of Ross’ brother Scott.

“Kirkland splitting off as a separate business in 2013 not only facilitated the expansion of their offering but crucially it allowed the team at Agricare to really hone in and focus on the fruit growing supplies and products which the brand had originally been built upon,” said Ross.

Having successfully created a brand which is trusted, well-known and respected among top, soft and stone fruit growers nationwide, from Scotland to the South East of England, Herefordshire to East Anglia, Agricare is now embarking on a new chapter with the launch of its Vinevale range.

While Agricare initially made inroads into the UK viticulture market in 2013, with the supply and servicing of electronic pruning secateurs, this year has seen a considerable shift towards researching and developing a dedicated vineyard offering.

“After we took on Infaco’s range of Electrocoup pruning shears we started to attract a lot of interest from vineyard managers, especially at shows where we would have the full range on display,” said Ross. “Initially we supplied vineyards with pruning equipment, but over time we could see that there were lots of horticultural products which could benefit the viticulture sector and over the last 12 months we have concentrated on sourcing and introducing new, dedicated vineyard products to the UK market.”

To save vineyards from having to travel to Europe for their products and supplies, the Vinevale range intends to provide growers with access to the latest technologies and best products on their home turf.

“Not only can vineyards now buy locally without having to wait weeks or months for products and parts to be delivered,” said Ross. “But by letting us do all the leg work, finding out about products, sourcing them and stocking them here in Kent, it will also free up their time to concentrate on the growing and the winemaking.”

Compiling a comprehensive Vinevale range has involved a lot of research and, as well as teaming up with suppliers in well-established wine growing regions, the Agricare team are also keen to work with local vineyards to ensure all the products are put to the test before becoming part of the portfolio.

“At Agricare we scour the world to find the right products for all our customers,” said Ross. “The Vinevale collection is no different and we have also been working with several vineyards, such as Simpsons Wine Estate, to get feedback on new products before they’re launched.”

A good example of this is the new vine guard system which is currently awaiting approval. Having always stocked tree guards, Ross set about looking for the perfect protection for newly planted vines. Several vine guard options were sourced from different manufacturers and the team then set about visiting vineyards to gauge opinion and they have now whittled the choice down to one Spanish supplier.

“Before officially launching the vine guards we have a handful of growers testing them out,” said Ross. “These guards are proving to be a good option for protecting and nurturing young vines and so far have received the best comments. Apparently they are already becoming so popular on the continent that they are overtaking sales of Tubex.”