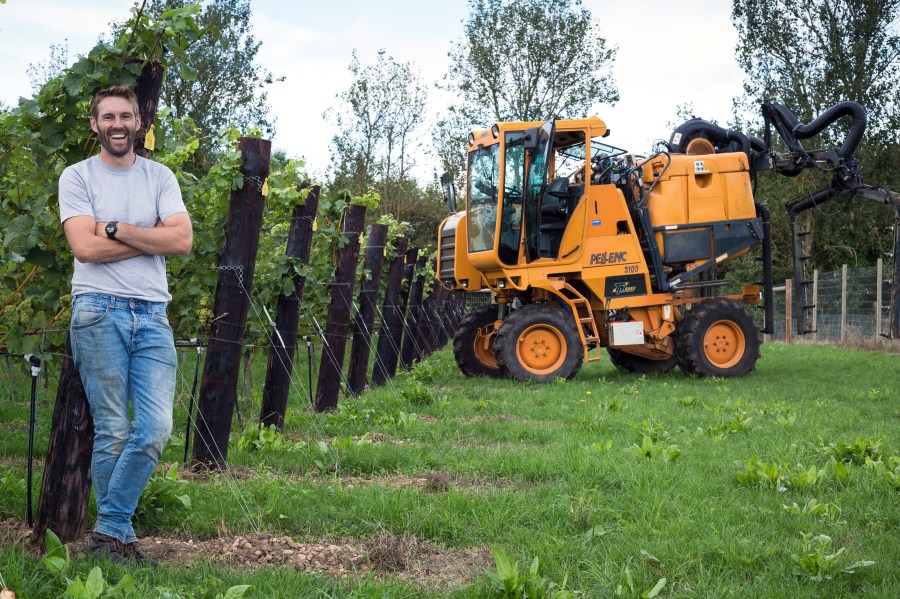 Born and bred into a dairy farming family based in Leeds, Duncan McNeill always knew that he wanted to work in agriculture but struggled to find the right sector for him until moving out to New Zealand in 2000.

“Within three weeks of getting off the plane I was in Central Otago picking grapes and I knew straight away that this was what I wanted to do,” said Duncan McNeill, founder of McNeill Vineyard Management. “I met my wife Nadine in Australia before moving on to study viticulture at the Eastern Institute of Technology at Hawke’s Bay. Nadine is German, so after three years we moved to Germany and I undertook a one-year mini viticulture apprenticeship, which did me a world of good.”

With a wealth of practical experience under his belt, in 2006 Duncan and Nadine moved back to the UK and after circulating his CV, Duncan secured his first English viticulture role at New Hall Vineyard in Purleigh, Essex. After four years, spurred on by the increasing number of vineyards being planted in the UK, Duncan left New Hall to share his viticultural knowledge on a consultancy basis.

Having learnt his trade in established wine growing countries, he was able to thrive as a consultant, providing clients with a fresh set of eyes, practical experience, and the ability to think outside the box to come up with viticultural solutions. However, after just one year he decided that it wasn’t the path for him.

“I quickly realised that I hated not being involved in physically growing the crop,” said Duncan. “When you are working in a vineyard you are really in tune with the seasons and I love that. But by just doing consultancy work I wasn’t actually working on the land and when I didn’t pick a single grape in 2010 I knew I couldn’t carry on.”

Up and coming region

While he still consults for a handful of vineyards, such as Denbies Wine Estate and Chapel Down, and works nationally selling and planting vines and trellising systems through Vines Direct, day-to-day Duncan and his wife Nadine now head up McNeill Vineyard Management, which currently looks after 124-acres of vines, spread across 10 estates all nestled in the up and coming Crouch Valley wine region of Essex.

“It is a leap of faith when you start your own business, I had a three-year-old daughter, a new born baby and we had just bought our first house,” said Duncan. “But I could see the potential of the Crouch Valley region. It is the best place to grow grapes in England and I don’t just say that because I live here. We get high yields but at the same time, our warm and dry climate allows us to get the high sugars too. This year we might get 500ml of rain in total, it really is that dry.”

Although, he initially carried on with his vineyard consultancy work with the Fruit Advisory Services Team, slowly but surely land owners in the district started to recognise how well the other vineyards were performing and year on year McNeill Vineyard Management has been getting more enquiries from new customers.

The success of Duncan’s vineyard management concept largely rests on the fact that the Crouch Valley’s CM3 postcode now boasts the most densely populated area of vines in the UK and consequently this reduced travel between sites and has enabled him to provide his services on a viable level.

“It is only 10 miles between the two furthest vineyards I work with if I was anywhere else in the country I would need to drive too many miles from vineyard to vineyard. I would need to reassess logistics and there would be so much downtime it wouldn’t be practical.”