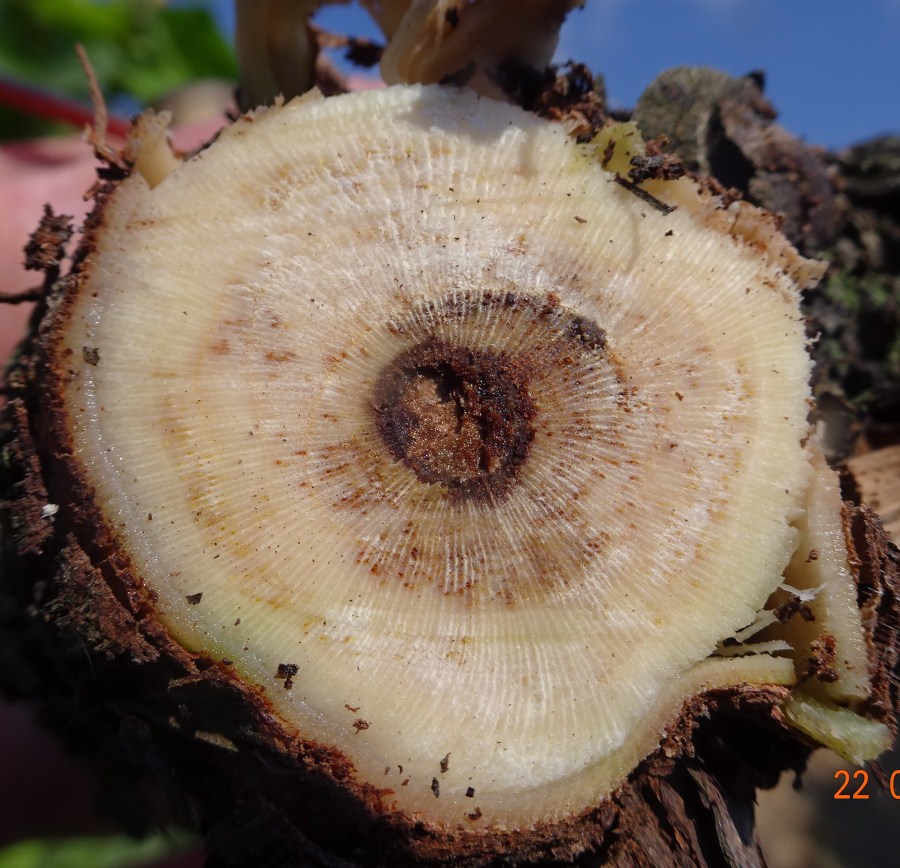 There is a distinct mood of optimism on the Wines of Great Britain (WineGB) website. Last year a million vines were planted, tipped to approach 1.7 million in 2018. Almost three quarters are of the recognised French champagne varieties, foretelling the ambitions to increase English sparkling wine production, and with very ambitious plans for £350 million value in exports by 2040.

Less optimistic is the recognition that average vineyard yields in the UK are low, and very low by international standards for sparkling wine production. Yields are particularly low but also variable due to the climate which is at the cool and wet limit of global grape production. A major contributor to this situation is the likelihood of cool and wet weather during the flowering period, giving poor fruit set and small berries. The benefits of warm, dry conditions in June and July 2018 confirm this.

The UK is free of the most serious pests and diseases of the viticulture world although some like Flavesence Doree are in nearby Europe. Botrytis bunch rot is common, and destructive of yield and quality, encouraged by wet weather near harvest which can be all too frequent.

This column is about a ”newer” group of diseases, which some experts predict is currently having a greater global impact than phylloxera ever did, or might. These are the so-called Grapevine Trunk Diseases or GTD, a group of six or so fungi which are the “silent killers” of grapevines. Death is not so quick as with other diseases, and symptoms are not very evident at least for the fungi present in the UK. A human disease is an appropriate analogy here, making it easier for growers to understand. Many forms of cancer can be present and spreading within humans yet with few symptoms. The standard medical advice is to consult your doctor at the first sign of any symptoms, especially if you are assessed as more susceptible. So it is with GTD infections of UK vineyards, and for susceptible varieties like Pinot noir. Local problems with GTD were introduced in the article ‘How to manage trunk disease’ in the May edition of Vineyard, see page 42.

Where does GTD come from?

The most common source of GTD infection for UK vineyards is from bench-grafted grapevines from nurseries in Europe. Unfortunately sanitation standards in the mother vine plantations and the nursery propagation system do not prevent GTD infection; hopefully this may change if consumers begin to complain or sue. There can also be alternate host plant sources of the fungi in the new vineyard environment including shelter belts and hedgerows. High-grafted plants are more likely to be infected. If possible order hot-water-treated bench grafts supplied by some European nurseries, as there is less risk of GTD infection.

There is now within the UK a source of own-rooted (non-grafted) plants which can be used instead of grafted vines, which are considerably cheaper. Given that most UK vineyards are relatively isolated there is at present a low possibility of spread of phylloxera from a few known occurrences (probably due to phylloxera present on grafted vines from Europe). However this situation may change if the winged form of phylloxera is found in the UK.

Within the first few years some vine deaths occur in new plantings. Their numbers will be increased with poor site preparation and especially wet soil conditions. While some old hands in the industry suggest pulling dead vines up and replacing them with new (but probably infected) vines this approach seems pointless.

Development of GTD and symptoms

Vine deaths may continue to occur in new vineyards and these will be more frequent for a poor site suffering winter cold and or spring frost as well as wet feet. As the vines age the fungi responsible for GTD spread further by infecting pruning wounds. Spores of the fungus are released by wet weather and so pruning in wet weather should be avoided wherever possible. In most of the rest of the world pruning wounds are protected with wound protectants, often a mixture of fungicide and physical barrier. Sadly an effective fungicide, Nativo, has been withdrawn from UK vineyard use in the last few years. This places UK vineyards at a considerable risk from GTD infection, and should be an area of considerable WineGB activity. Is it?

As time progresses, more and more vines become infected through pruning wounds, and this may occur with a new range of symptoms. The fungi Botryosphaeria and Phomopsis are commonly found in UK vineyards. A frequent first symptom is a dead cane showing in spring with no budbreak, on one or both sides of the vine. Symptomatic vines often occur in patches extending up and down the row and sometimes across, especially downwind. Dead vines are an important source of infection to other vines and should be removed and burnt.

Cutting the head and trunk of the vine transversely will usually show staining associated with the fungi. Removing spurs from the head of the vine can show symptoms of light brown staining in circles around the pith.

Obviously with trunk diseases it is desirable to detect the earliest possible symptoms. Make an inspection pre harvest to look for isolated vines with symptoms of nutrient deficiency, such as magnesium or nitrogen. When present for a single vine it can indicate GTD affecting nutrient distribution rather than as a soil induced efficiency. I have recently noticed a more obvious symptom, evident from pre veraison onwards, and especially if leaf removal is practiced. That is low bunch number per vine, and small bunches, often associated with poor bud break. This unexplained reduction in yield may be a first symptom of GTD, and certainly trunk and spur staining is evident on these vines.

The first line of defence is pruning wound protection, which should be commenced from the first year onwards. Infection can also occur in de-suckering wounds so this operation should not be carried out during wet weather. Pruning debris is also a source of infection. This should be ideally burned on the spot as is done in some French vineyards, also offering a little warmth to pruners. Avoid leaving pruning debris on the soil surface; alternatively it may be removed from the vineyard in bales (there is a machine available), or less appropriately turned in by cultivation.

At the first sign of symptoms commence trunk renewal for adjacent vines which are most likely to be infected. Check some of these vines for staining in the head and trunk. When the staining is restricted to the head or the top part of the trunk then the vine can be saved by trunk renewal. This involves cutting the trunk low during winter pruning and training suckers from each side of the vine to form new trunk and fruiting canes.

Perhaps the vines are still fruiting and then one or two suckers may be trained to grow new trunks and fruiting canes for the future. After one or two years the old trunk and head is removed and the vine can resume full production with a new healthy trunk or two. Normally suckers are protected in vine guards from herbicides.

Not worried about trunk disease?

If you’re not worried then I think you are foolish. Based on overseas and UK experience vine deaths can become significant after 10 years or so of age, affecting the economic viability of the vineyard. I strongly suggest the line of action presented here of early detection of the disease and adoption of control measures.