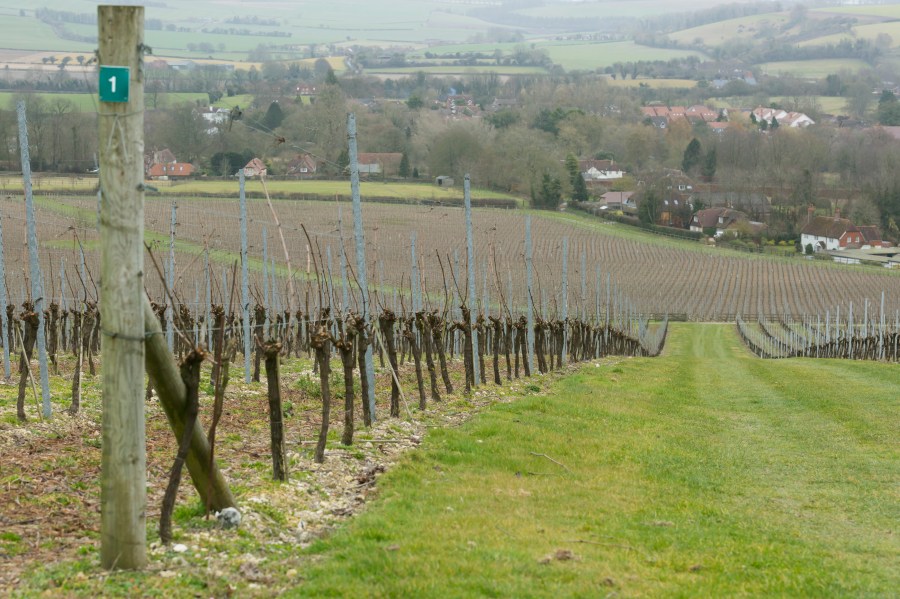 In 2011 Malcolm Isaac invited Corinne Seely to become head winemaker at his vineyard in the village of Exton, which he had purchased in 2009 following the sale of Vitacress Salads.

“It was like reading books for years and suddenly being offered the opportunity to write your own; I was so excited,” said Corinne Seely. “But, I said to Malcolm, I am still a French winemaker and I cannot believe that England has the ability to produce vintage wines every year. I wanted to be able to create a consistent taste and to develop a brand, so we set about building a winery which would not only have tanks for vinification but also facilities to keep the wines in reserve.”

With Malcolm’s full support, Corinne set about transforming an old shed into her winery and, doing what would normally be done over one year in just six months, everything was in place for the first day of harvest on 11 October 2011.

Choosing to focus on the production of non-vintage wines, Corinne set about building a library of reserve wines and while the construction of the winery may have been rushed, the release of the range certainly wasn’t, with Exton Park only making its debut in 2015.

“It was a huge investment and big gamble because at that time people in England were not talking about non-vintage and it looked mad,” said Corinne. “When we released our Brut Reserve, Rosé and Blanc de Noirs and the Rosé won 17 international medals, including a trophy for the best sparkling rosé we knew we were heading in the right direction.”

A triumphant entrance onto the English sparkling wine scene paved the way for further expansion of the winery and in 2016 Corinne commissioned several vats, uniquely designed to match the output from the vineyard’s various parcels.

“Part of the success of Exton Park comes from that fact that Fred Langdale, our vineyard manger, and I work very closely,” said Corinne. “After a few years we knew, more or less, how many grapes would be produced in the different sections of the vineyard and so the vats have different volume compartments which corelate to the vineyard.”

Lots of small vats might be a more costly approach, but Corinne is convinced that the ability to appreciate each plot leads to a much happier winemaker and advises that anyone looking to set up a winery would be wise to think about tanks.

Benefiting from the option to keep everything separate, when it comes to blending Corinne is able to work with around 40 different wines to ensure that the final composition which reaches the consumer is both a true expression of Exton Park and is also consistent year on year.

In a bid to always have a large library of wines to call upon, the winery is currently being expanded by one third which will allow the team to keep at least one third of every harvest, in reserve for at least four years.

To read the full article, turn to our March online edition.