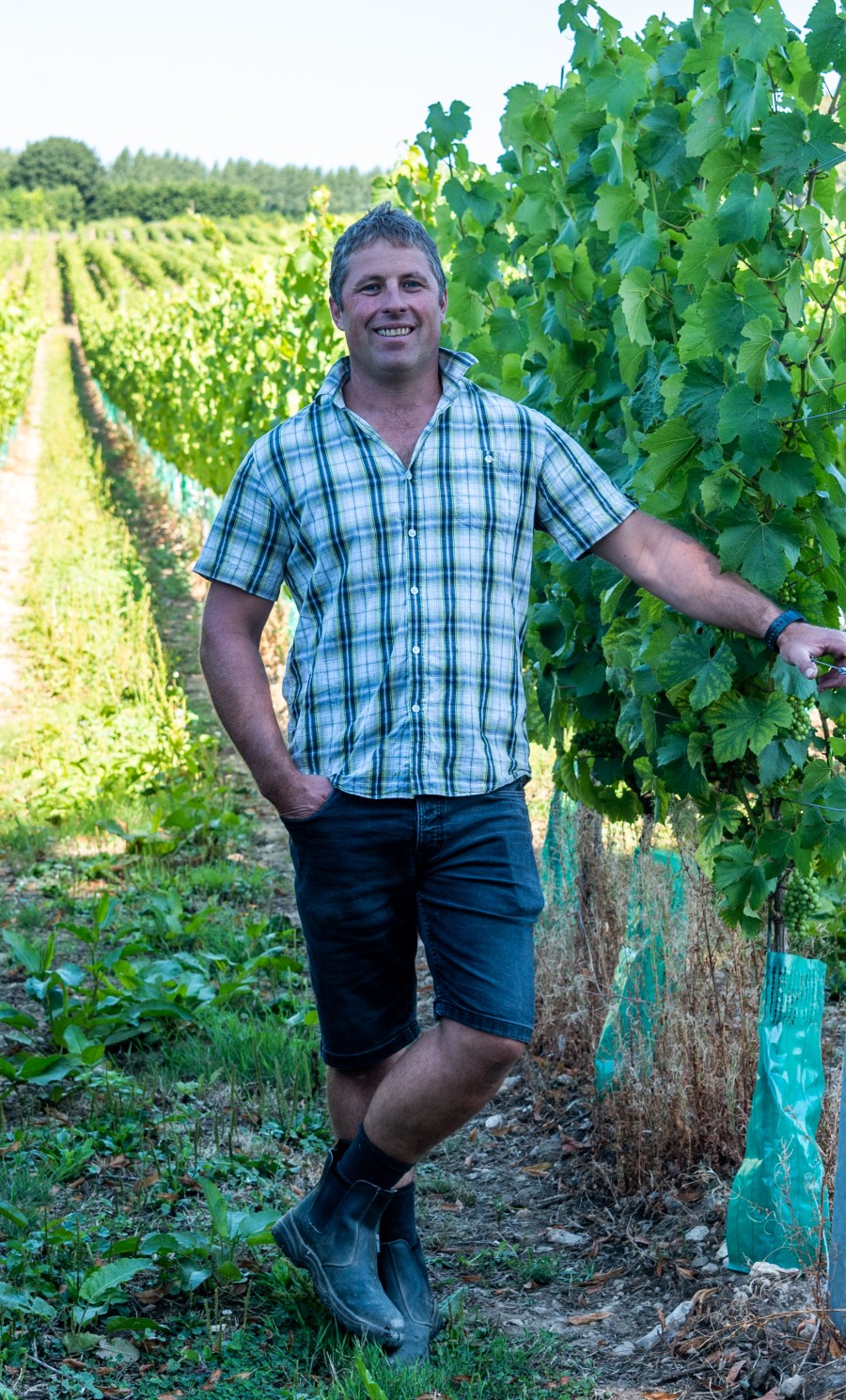 How did you end up in UK viticulture?

When my friend Cameron Roucher left Hawkes Bay, New Zealand, to help set up Rathfinny Estate I became fascinated by the burgeoning UK wine industry and decided that I needed to be part of the action. Despite being happily employed as vineyard manager at Babich Wines in Hawkes Bay, when a chance to establish a vineyard in Mereworth, Kent was presented to me I couldn’t let the opportunity pass. I packed up my young family and headed to the other side of the world. Owner Susannah and her husband had bought the neighbouring orchard and after consultation were advised on planting a vineyard. I could not have asked for a more supportive and friendly couple to work with.

The land had been an orchard for over 80 years, testament to its ability to ripen fruit. Consultant Stephen Skelton could see the potential and was enlisted to survey the site and purchase the vines, prior to my arrival. The slope is perfectly orientated slightly east of due south. The soil is very free draining, being a fine clay loam with a significantly high ratio of broken Kentish ragstone. It is incredibly hard and has proved brutal on cultivation and mowing implements, but crucial in adding spring and summer heat radiation. The existing mature shelter belts helped in young vine establishment and increased heat accumulation during flowering. 22 ha was planted in spring 2016, which has increased to 25 ha of equal proportions of Chardonnay, Pinot noir and Pinot meunier being sold as a sparkling base under contract to Chapel Down. A further five ha, made up of Pinot gris, Pinot blanc and Bacchus, has been planted up the slope and will be sold under our own label post 2020.

How does the UK compare to New Zealand?

I’m surprised how similar the growing seasons have been compared with certain regions in New Zealand. I can’t see that irrigation will ever play a role in UK viticulture. Occasional late spring frosts will be inevitable but practises will adapt symbiotically. Good canopy management is vital especially when larger commercial crops are exposed to pre-harvest rain events.

How would you describe viticulture in the UK?

I am impressed how experienced and learned UK viticulture is, but it’s always beneficial to push the boundaries too. Trial and error is always more productive than tried and tested and this seems to be the ethos emerging from Plumpton College and NIAB EMR which is reassuring. Friendship in the viticultural community is invaluable and the recent WineGB pruning competition brought a good cross section of vineyard staff together.

What is your most memorable moment from 2018?

Harvest was a dream; still hard work of course but what a smooth run. So smooth that most of the wineries needed a pause half way through to free up fermenters. This scenario meant a portion of our meunier over ripened the sparkling base parameters and was instead made into a still red single varietal meunier by Hush Heath Winery, highlighting the ability for the UK in an exceptional season to ripen varieties that at the moment are flying under the radar.

As Spring is finally here, what are your hopes for the season ahead?

Perfect early season growing conditions last year will have set fruitful buds with robust bunch structures for this coming season. Obviously there is more than one hurdle to jump before we can gauge the outcome but if the weather is on our side we will be in line for another cracker of a vintage.

How was pruning this year?

Our vines are only relatively young and my main focus is making sure we establish the vine head at the perfect height below the fruiting wire for long term management. To achieve vine balance and uniformity I have chosen single cane pruning for now. Single cane pruning lessons the risk of blind budding as the cane is exposed to different light intensities during its growth from the fruiting wire to the top of the canopy.

How do you monitor and approach soil health?

My ideal is to allow the weed spray strip to naturally grass back over by winter. Bare soil overwinter doesn’t allow the soil any chance to repopulate the beneficial bacteria and fungi to keep the soil profile active. Late winter, early spring weed spraying can offer a degree of frost protection in conjunction with a low mown inter-row, it all helps but I am happy to live with under vine weeds heading into harvest especially on sloping ground where winter rain will erode bare soil.

If you weren’t working in viticulture what would you be doing?

My wife would tell you anything that didn’t involve me obsessing over the weather. I have been behind wires since graduating in 1992, so I don’t know any better, however I really enjoy the industry. It gets under your skin and I am always learning. Moving hemispheres has sure kept complacency in check.

Do you have any unusual vineyard pests and how do you deal with them?

We began trapping for Light Brown Apple Moth in 2017 for interest sake and discovered a huge population. Although monitored again by Trapview in 2018 the same population spike was not observed, in fact hardly any were caught, perhaps because of the beast from the east, but they are one to watch as they can cause significant damage at harvest.

Out in the vineyard which is your favourite variety to work with and why?

So far in the UK, probably Pinot noir as it is the most aesthetically pleasing when it’s all tucked, trimmed and leaf plucked, and all coloured up. My trouble then is I can’t stop eating them.

What is the best piece of vineyard machinery you have invested in?

This might be a bit controversial, but without doubt my trusted weed sprayer. It got our vines well established and productive by year three. Weed competition is a young vine’s nemesis. I am a firm advocate for sustainability, and I recognise the importance of reducing chemicals however, two well timed glyphosate rounds per annum to control early season weed growth uses far less fossil fuel and reduces cultivated soil erosion issues early in the season. Get the timing right and you can park the weed sprayer up and manage your under-vine weeds relatively easily after that which also saves a lot of money.

As a contract grower, how do you get your grapes to market?

Having the majority of the vineyard signed up with a long-term contract offsets the risk. Of course, the spot market is more lucrative and would be a better option for smaller land owners, but when you are producing a significant volume having a good relationship with a reputable, well healed wine company is mutually beneficial.

What is the biggest challenge of being a contract grower?

The same argument worldwide – contract growers need a sustainable income to cover all growing costs and maintain a profit. As land prices increase, the profit loss gap is squeezed. Contract growers are key to increasing a wine company’s volume and market share, but must remain a viable business option for investors.

What do you think is the biggest issue facing the UK viticulture industry?

Vineyard labour is a hot topic, especially during harvest. With the rate of development, perhaps the industry needs to rethink some of its ideology and introduce a percentage of machine harvested fruit based on the price point of the final product.

Improved vineyard design and more informed choice of rootstocks and clones, added with a pinch of global warming, has seen an increase in the average yield per hectare in the UK. A few cold years might realign the averages but on the whole the UK viticulture industry is looking like it can keep its head well above water most years and thrive in exceptional years. There is a real buzz about the industry and the consumers are starting to bang on the front door; I feel the UK wine industry has really hit the ground running.

The All Blacks will still be ranked number one in world Rugby!