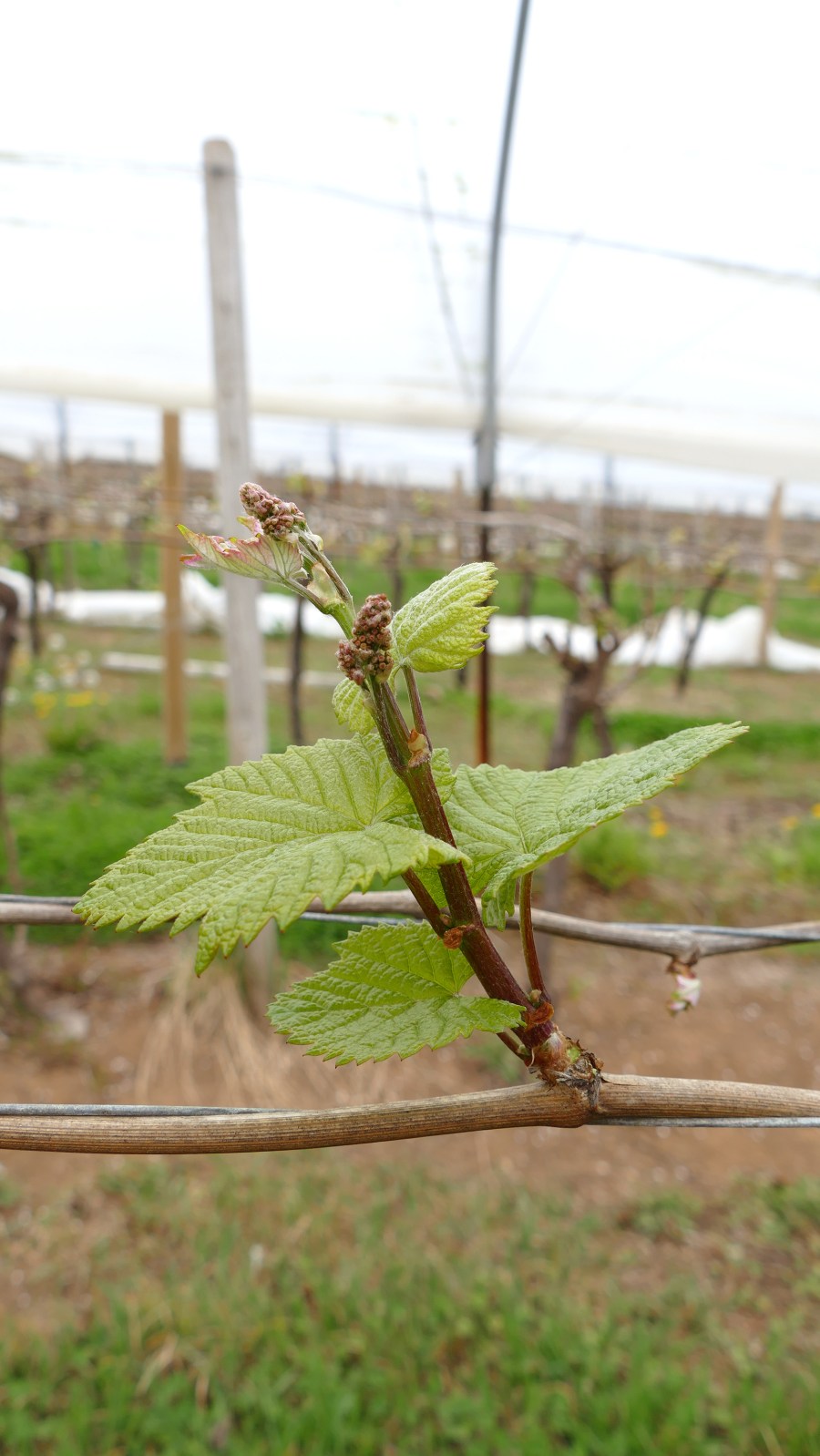 The degree of frost damage in vines is dependent on growth stage, the duration of temperatures below zero, and to some degree, following day-time temperatures. Site selection is a taken as read, and growers are familiar with mechanised frost mitigation measures, such as frost fans, bougies and heated fruiting wire.

Management techniques, such as: keeping grass short; opening gaps in hedges allowing cold air to move away rather than build up; and delaying cultivations to herbicide strips while keeping this area weed free to encourage radiant heat from the bare soil surface, help reduce damage.

Retaining sacrificial canes is a widespread practice, less commonly used is laying down extra cane length with a view to later bud selection as a means of managing both canopy density and crop load, carried out after frost risk has passed.

Spray based products have proved difficult to verify effectiveness, but there is a marginal advantage from copper which, theoretically, acts by reducing prevalence of ice nucleating bacteria. More promising are seaweed extract products such as Maxicrop or Kelpak, which increase the concentration of solutes in and between the cells, fractionally reducing their freezing point. Bio-stimulants such as Cultigrow CBL or Megafol maximise natural resilience, reducing damage.

April and May is planting season for vines and weed control can be difficult. Once vines are established, products such as glyphosate can be applied or the area under the vine can be mechanically hoed. These are not sensible options in early establishment years, unless grow tubes are used. Grow tubes work but have some issues such as weed competition within the tube, spray application difficulties and potentially causing the vine to overheat by not allowing heat dissipation. In year two they increase frost risk by promoting earlier bud break, preventing air movement so damage is worse for plants inside the tubes. Hutchinsons undertook field evaluation trials of a biodegradable mulch in 2018 and had a successful outcome; the membrane remained intact and plants established well. The film, looks like polythene but is starch based, is just starting to decompose naturally.

The major benefits include:

Visual – growers can see how well establishment is progressing

Growers need to employ some method of grazing prevention against rabbits, hares and deer.