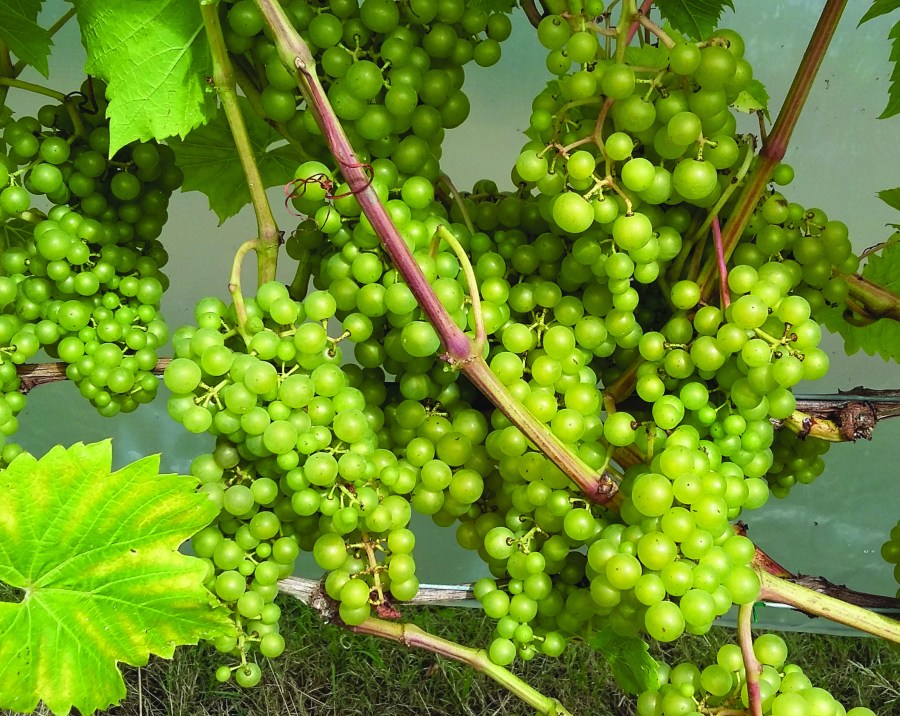 The value of cloches.

Cloches are not new. They are simple forms of glasshouses (or greenhouses), which have been used in Europe since the 17th Century. The “Golden Era of Greenhouses” was in England during the Victorian period, as the wealthy upper class and aspiring botanists competed in their manufacture. The original cloches for individual plants were large bell-shaped glass jars used as portable miniature greenhouses, and they may still be purchased in some garden centres. From 1945 cloches were used in the UK for outdoor vineyards, with three panes of glass, resting on the soil and wooden frames to protect the lower part of the vines (Grapes under cloches, E. Hyams, Faber 1952).

In the 1960s wider sheets of polythene became available, leading to the ubiquitous polytunnel replacing glasshouses, and these are now widely used in UK agriculture. Now in the 2010s polythene film has been adapted to vineyard cloches replacing glass, being cheaper, more versatile and less prone to damage. Cloches are substantially cheaper than polytunnels for UK vineyards as the existing trellis is used for support and less plastic is required.

Peter Strauss of Capatex Ltd and I have been experimenting with vineyard cloches since 2013. Early prototypes connected plastic film to monofilament wires using plastic clips, and covered the fruit zone primarily; more recently the film width has been increased to cover most leaves, and has been modified to be easy to install and drop down. For the moment cloche use is limited in the UK, but they may be considered a new tool to increase vineyard profitability.

The difficult climate is the issue

The UK climate may be considered marginal for viticulture; it is generally too cold and too wet, and some sites may be wind exposed. The poor climate causes low yield, a primary cause of low profitability, with a long-term average yield of 3.3 t/ha (1.3 t/ac), comparing unfavourably with Champagne over 10 t/ ha (4t/ha). The break-even yield is considered around 3.8 t/ha (1.5 t/ac) (UKVA, Fruit Grower 2016). Local experience and international research have pinpointed aspects of the climate which cause yield losses at several stages of the growth cycle. Frost can be a hazard against which cloches offer no protection: low daily spring temperatures can reduce numbers and branching of emerging bunches which can be improved by the increased warmth of cloches. Weather effects at flowering are most important, especially low temperature, below 15°C, overcast skies, and rain. Pollen growth and fertilisation are impaired, resulting in fewer and smaller berries. Good flowering conditions as occurred for some vineyards in 2017 are unfortunately not common. During fruit ripening Botrytis bunch rot is encouraged by rain and can cause yield and quality loss. Further, ripening is inhibited by too-cool day temperatures of late summer leading to harvest delay until even colder months.

Cloches can help overcome a difficult climate and our measurements have shown that temperatures inside the cloche can increase by 5°C when the sun is shining, and average 1.3°C warmer over 4 ½ months. Wind protection can be a significant factor on some sites. Bunches of grapes and most foliage are kept dry from rain. We have shown over several years of experiments with cloches in Cornwall that yields are increased and maturity advanced, provided that yields do not exceed around 15t/ha. Yield increases of 4 to 22 t/ha for Rondo, Bacchus and Seyval blanc were recorded in 2017. Further we have found less need for fungicide sprays as the cloches protect leaves and fruit from rainfall. This was unexpected, but can be supported by recent Chinese research showing that rain protection was more effective than fungicide spraying. Similar effects were found in France and New Zealand.

Pros and cons of cloche use in your vineyard

Use of cloches involves more costs, these are primarily of installation and annual costs for labour. The costs of installation including labour and materials can be amortised over five years, the nominal life of the plastic film. The cloche is run out in the vineyard and attached to end and intermediate posts. The upper attachment is to a foliage wire near the post top, and the lower is around fruiting wire height, on both sides of the trellis. The cloche films are clipped together at the top to avoid rain ingress. In exposed situations, wind load on outside rows can be substantial, and may require an upwind wind break and or strengthening of trellis posts. Annual costs are primarily for “drop down” of the cloche to access the canopy and for spraying. Cloches should be applied before bud-break to maximise early bunch and shoot development, and there may be need for pre-flowering shoot thinning. Spraying against Botrytis at flowering is essential, and also for any needed shoot thinning and leaf removal. The next dropdown we suggest is at bunch closure, again for Botrytis and other fungicide spraying, and maybe more canopy manipulation.

The cloches are normally dropped for harvest, and following leaf fall the cloches may be wrapped into protective black sleeves and suspended from the posts, where they can be unwrapped and lifted into position before next season bud-break.

Advantages of the cloche are improvements in yield and earlier maturity which normally translates into improved wine quality. There is also an economic benefit of savings in product, labour and machinery costs with reduced spraying, though this is smaller than the yield benefit. The combination of yield improvement and spray savings can be calculated, and depend largely on yield increase, the variety and market value. Our early costings show only a modest yield increase is necessary to cover the costs of cloche use; depending on variety they are in the range 3.5 to 5 t/ha, typically much less than the yield increase demonstrated.

Many growers are reluctant to consider, but I ask why bother thinking this at all? I doubt you ever consider cloches for all the vineyard, no matter how small or large it may be. If you have a profitability problem, think instead of trying cloches on problem areas, as for example some Pinot noir blocks with low yields. Try a few rows, and learn about the system in your vineyard, like how you can manage extra labour requirements, and what level of yield advantage you will find. Think of the cloches as a sort of vineyard insurance which you can apply to part of your vineyard. Let your experience and judgement, based on performance in your vineyard, determine how much of your vineyard you might put under cloches. A report summarising research to date is available on application from the author. 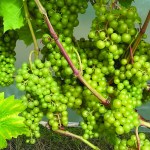 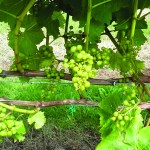 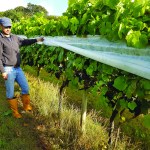