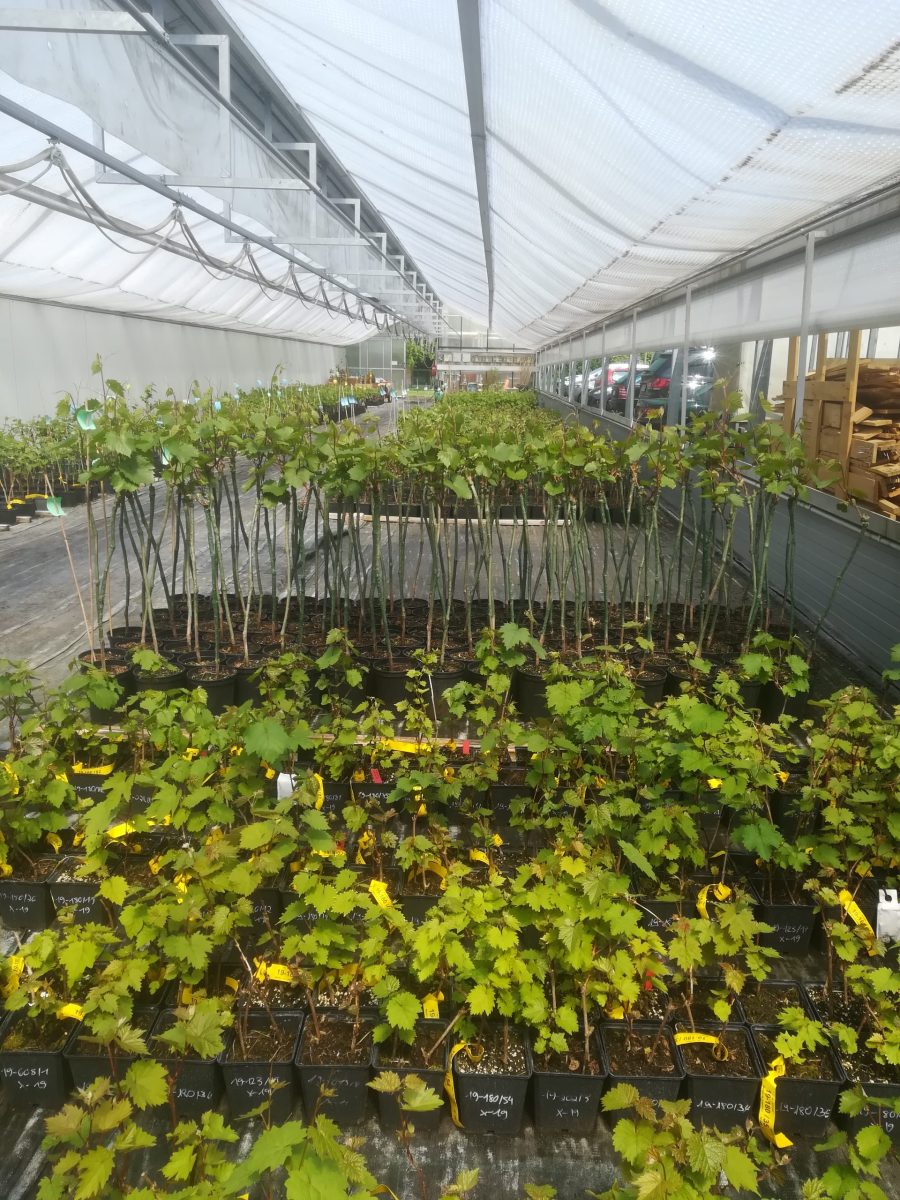 In the third of his series of a ‘A Day in the life of a Viticulturist’ series, Sam Doncaster at Rebschule Freytag, in the Pfalz region discusses vineyard establishment.

Looking back towards the UK, puts a spotlight on a generally young industry that has held a strong bias towards effective, efficient vineyard establishment services.

No doubt there comes a time when people can give more consideration to some rather universal issues like periodic labour shortages, aspects of soil management and perhaps ‘what’s next… what to plant further?’

The mature vineyard industry of Europe has faced these issues, and for many of years. The results being, in simple terms, to mechanise, to reduce chemical inputs, to give more thought to the results from vine breeding.

Germans are great engineers and are ever creative in making new machines and devices, to assist in minimising the effort of vineyard management.

There has also been less of an adherence to the traditional, as compared to some other places.

A strong feeling around environmental issues has ensured an increasingly large proportion of vineyards are either fully certified as organic (or similar) or at the very least people use organic thinking and methods as common practice.

Whilst there are concerns, valid too, for an excess of soil ’tillage’, (however you might interpret that,) many people will at sometime ‘turn the soil over’.

This is most often seen directly under the vines, where it can be an effective alternative to the use of herbicide.

There are periodic ‘inter-row’ forms of cultivation that can be managed to offer differing contributions to soil management. For example, minimising the competition for available soil solution, ie removing the weeds prior to flowering, by discing or ploughing the soil. This carries the benefit of giving an increase in fruit set; weeds being shockers for competing for valuable soil solution at this time.

These above activities do not have to be brutal in their actions, where a simple plough can ‘lift and roll’ just the surface few inches. This effectively ‘folds in’ a green manure that can be broken down by the ever present soil eco-systems, leaving no direct path to the surface for the moisture to escape through capillary lift.

A couple of months later and after a disc harrow passage, a further cover crop can be planted whilst the soil is well warm, and an over wintering range of plants can be established. Many tractors now carry a range of bits of kit that can do several different jobs, but all in the one passage.

If done well, all of the above assists in building up a soils organic matter and microbial activities.

It is common to see wire holding clips on occasional posts. These hold the wires further out and thus ensure a high proportion of shoot growth will grow up between them. Then there comes a broader range of time when the wires need lifting and clipping onto the post, which can be a good help in juggling the issues stemming from labour shortages. As do the stem cleaning devices fitted to tractors.

But not all stems need so much cleaning these days, or at least not down low, in that difficult to reach area. This being on account of some quite considerable interest in establishing vineyards with high stem vines. These come direct from the nursery, where the graft union is just below the expected head height. While there is an extra expense in using these vines, it has been found that there are savings to be made, and aspects of labour management can be eased as well. With an increasing amount of inter-row cover crops often impeding lower down ventilation, these vines benefit from having their growth well above ground level.

The nursery mechanical bud removal from the rootstock should also ensure cleaner stems requiring less attention in years ahead.

The trunks are generally straighter as well, and this is a very important factor in any future mechanisation around the vines at a later date for example under vine ploughing.

Naturally later in the season using a machine harvester to pick the grapes gives substantial benefits. Yes, it can be said that aspects of the ‘beating’ can give the grapes differing characteristics to that found from hand harvesting and whole cluster pressing. However with experience, like all ‘tools’, they can be utilised at times or on occasions, or handled in such a manner, that they give genuine benefit. You simply have to learn how to get the best out of them and change some winery thoughts and practices…perhaps.

I recently tried a ‘Blanc de Noir’ as made from free run juice that was separated on the harvester, ie it had two tanks for the berries and the juice. The wine maker was enthused by this development, and I felt rightly so it was a good wine. (A still table wine.)

I do get to taste a range of wines that are new to me. Nurseries are at the forefront of rather futuristic viticultural developments, whilst seeking out new clones and possibly working with vine breeders. Not all new vines have been bred for their possible fungal resistance, though this is a large part of the effort.

There are a range of attributes to consider. We have in our nursery office a range of wines that have come back to us from previous vine sales.

One such wine holds a ’56’ on its label, indicating an earlier ripening variety that was grown at the latitude of 56. Recently we despatched vines to Finland, and pallets of vines go to Sweden these days. Last week I was offered a glass of something German grown, so low in acid that it was simply bland.

Yet even before the thought formulated in my head, someone across the table said “I wonder what this would be like if it was taken to a cooler climate, ripened later, and held a more bracing ‘zip’ of acidity”.

Obviously this is the next step in running field trials for varieties like this.

Interestingly the wine tasted well ripened, but had a very low alcohol content.

This opens up the possibility of a cool climate variety that tastes acceptable, whilst might have an even lower sugar accumulation, and thus make a lower alcohol wine? There is a place in the market for a wine like that, (and I do not mean as made by winery manipulation.)

Naturally enough, it is the unusually low acid varieties that lend themselves best to ‘skin macerated’ styles of wine making, and thus in this case, an acceptable orange wine might well be possible.

This variety is a white, but we are trialling a range of exceptionally early ripening resistant reds, plus a tangential line of Riesling crossings.

In future years what might be interesting are present thoughts around developing late bud burst varieties. These could be so late as to avoid springtime frost and budburst issues, yet grow quickly and ripen early.

With more global warming issues yet to come, one thing is probable, there will be an increase in springtime frost issues.

Much of what I have touched on above can be found in short ‘YouTube’ video’s. Admittedly in a range of languages other than English, but you might find sub-titled editions. Better than that, get on over here for a short break.

Meet some people whilst attending a village wine festival, or a research group wine tasting. There is much to be learnt from people who have done it all before…