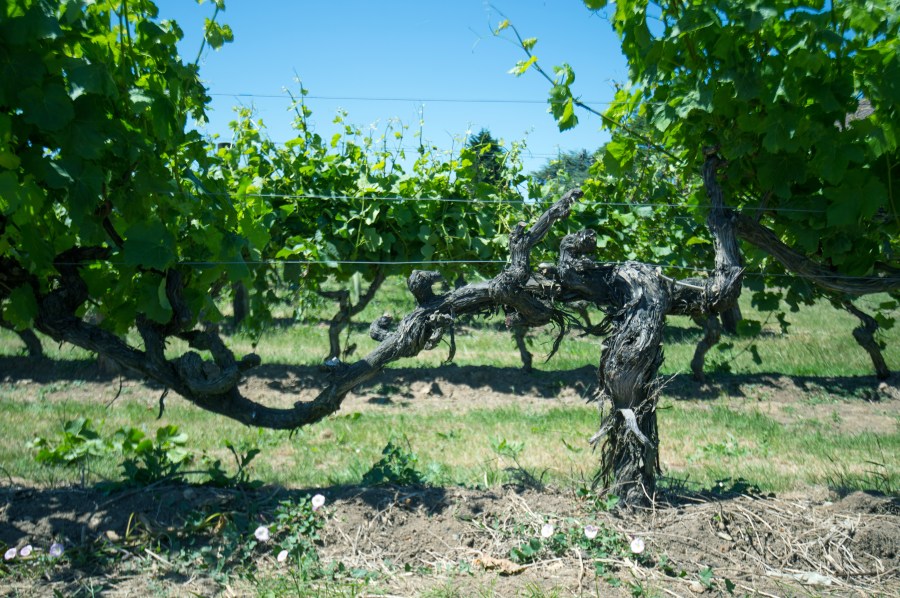 Today the thought of a farmer allocating a plot of his arable or fruit land to trial a small vineyard is not uncommon and with growing wineries constantly on the search for more, quality fruit, several producers have even struck up long-term contract arrangements and partnerships to help farmers diversify into the sector.

In the 1960s, planting a vineyard anywhere in the UK was extremely uncommon and certainly an eyebrow raiser. Thankfully this didn’t discourage the brave, and many of today’s great vineyards started out with farmers dabbling in diversification into this seemingly more lucrative, ‘romantic’ and challenging crop in the early years.

One such estate was New Hall Vineyard, located in Purleigh, a small village nestled in the Crouch Valley region of Essex. The vineyard, which is set to celebrate its 50th anniversary next year, began its life after arable farmer Bill Greenwood spotted some vines in a barn at a farm sale. While they were not officially in the auction he managed to purchase the 850 Reichensteiner vines for 23p each and in autumn 1969 New Hall was planted.

“New Hall Farm was purchased in 1962,” said Piers Greenwood, Bill’s son and previous vineyard manager and winemaker at New Hall. “In 1967 dad read in the parish records that there was a vineyard in Purleigh dating back to the doomsday book. Then, after reading a Farmer’s Weekly article about small French vineyards who produced four tonnes of grapes per acre and sold them for an average of £400 per tonne, he thought it was a better return than wheat and wanted to give it a try. Typical dad never told anyone what he was doing in case he was making a big mistake.”

The experiment certainly paid off. Through the trial and error process, the vines grew well and over the years New Hall has enjoyed a rich history of development, which can be seen throughout the timeline spread across this feature.