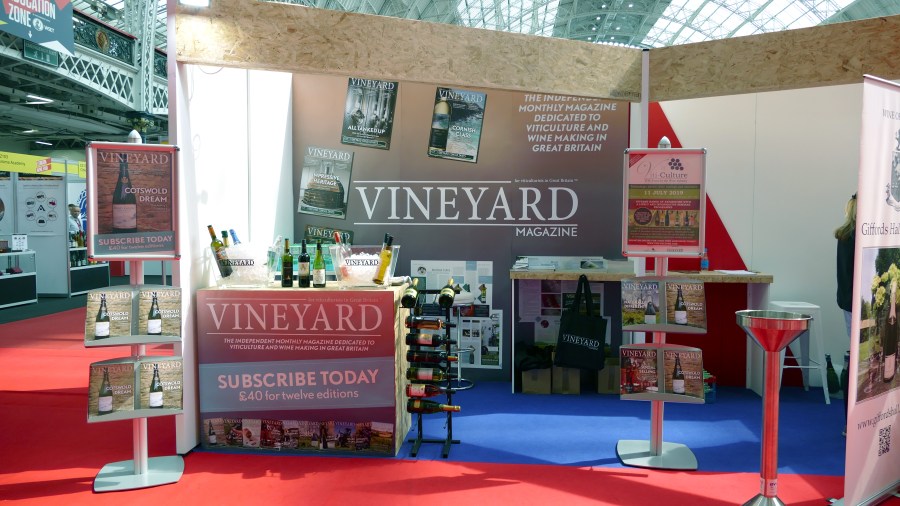 Having implemented a strategy to focus on delivering a high-quality audience, the organisers of the 39th London Wine Fair, held at Olympia, London on 20, 21 and 22 May 2019, were expecting to see a decreased number of visitors this year.

With some sections of the trade being charged an admission fee for the first time, 13,260 visitors attended the 2019 fair, compared to 14,250 in 2018. While this indicates a 7% decrease on last year, there was a noticeable increase in the calibre of visitors, with exhibitors saying that conversations had at the show were far more productive than in previous years. Over the three-day event, Monday proved to be the busiest, with 6,165 visitors through the door.

“2019 was all about attracting a high-quality audience which built on last year’s strategy of delivering on higher numbers of visitors and a refreshed show,” said Hannah Tovey, head of London Wine Fair. “Our massive visitor increase last year (17% up on 2017) meant that we could more than withstand a fall in numbers this year. Implementing the charging strategy for some visitors also meant we expected a slight drop this year, something which our exhibitors were on board with. All the exhibitors I spoke to over the three days saw a better quality of visitor at their stand, with a smaller audience actually being better for doing meaningful business.”

“We feel that the show is in an extremely healthy position in the lead up to next year’s 40th anniversary. 2020 will be all about delivering a very special edition of the London Wine Fair; the anniversary will be a fantastic opportunity to celebrate the very best of the UK drinks industry and we very much look forward to sharing our plans over the coming months,” said Hannah.

Over 500 exhibitors took stands at the show, including Vineyard magazine, who were located in the Drinks Britannia zone for the second year. The team, who were joined on the stand by Dunleavy and Exton Park, once again relished the opportunity to introduce a collection of fabulous English and Welsh wines to the industry, who were clearly impressed with the diversity and quality on offer.

As well as catching up with many of our current readers (thank you to all who came to say hello) we were also able to put the magazine in front of a wider audience of independent merchants, big buyers, sommeliers, trade professionals and wine students.

For those couldn’t make it to the show, Vineyard caught up with the English and Welsh producers showcasing their wares in the Drinks Britannia zone, as well as some others dotted around the other areas of the fair.

To read the full article, see the online flipbook for the June 2019 edition.