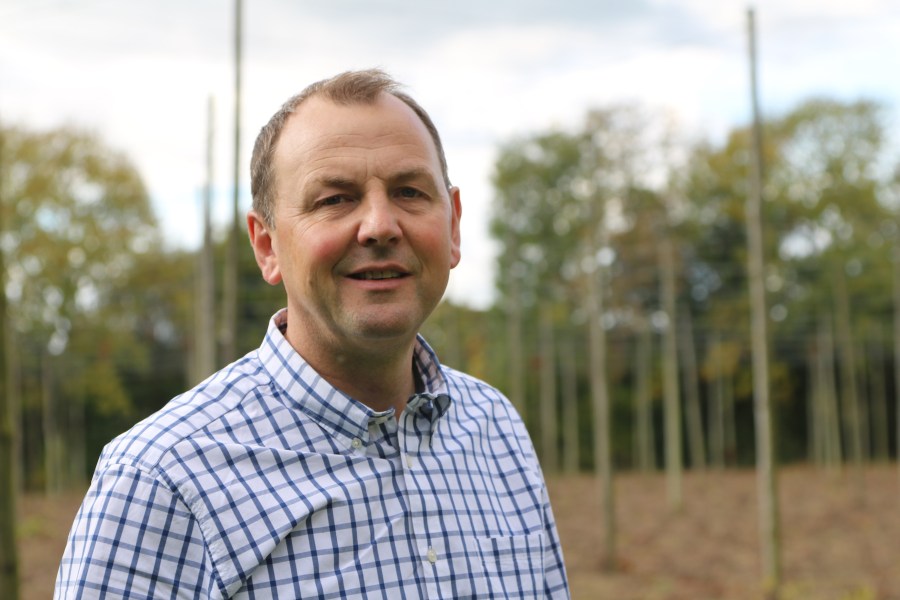 I attended the ‘vineyard managers forum’ recently, which is organised by the South East Vineyards Association (SEVA). We meet regularly at different venues and have informal discussions on the topics currently affecting vineyards.

This forum was hosted by Kristin Syltevik at Oxney Organic Estate in Kent and East Sussex, which may well be the largest organic vineyard in the UK.

Although 2018 looks like it will be a late season the UK weather system can never be relied on to do what is expected hence, given the experiences of 2017, frost protection was high on the agenda. There are simple remedial methods such as clearing vegetation near water courses and at the bottom of the slopes so creating a clear path for cold air drainage, keeping the grass short, weed free strips, frost candles, sacrifice canes and late tying down. Then there is the second tier of methods that some swear by and some swear at, such as fires, frost busters, static fans, foliar feeds and polymer based spray coatings. Lastly the more esoteric such as installing an electric trace heater tape along the fruiting wire: although 10 watts per metre does not sound like much, it soon adds up and most vineyards would need to hire a large generator to protect their crop.

Xylella is a bacterium which causes disease in a wide range of host plants including grapevine, where it is more commonly known as Pierce’s Disease. It is in a group of pests and diseases that the UK Vineyard industry is always horizon scanning for because it has become established in Southern Europe. Infected plants can experience a non-symptomatic phase, which limits the effectiveness of plant inspection and quarantine measures. Plant to plant transfer is via sucking pests, and the symptoms in vines are leaf marginal necrosis, leaf blade drop with petioles still attached to stem, and/or a severe leaf scorch.  It is thought to be less of a threat in regions that experience cold winters, so if (or when?) it arrives in the UK it may be less virulent than in warmer regions, which gives some grounds for optimism, though vigilance is clearly justified.

Finally Spotted Wing Drosophila; no meeting of vine growers would now be complete without a mention. In my capacity as Chairman of the AHDB Top Fruit Panel it is reassuring to know that a lot of research is being carried out by the AHDB on the study and management of this pest, a topic I am sure we will return to in more detail nearer the time.