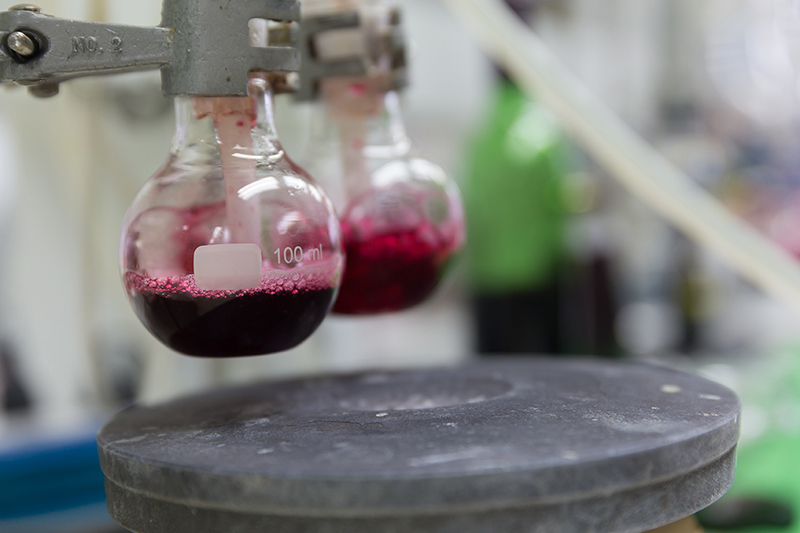 There are Implications of TPO for wine post-bottling development. It appears clear that, from a quantitative point of view, TPO is a major component of the pool. The question arises therefore as to whether above average TPO levels can significantly affect wine shelf-life.

The influence of HSO management was investigated in a series of studies carried out by the Geisenheim Research Institute in partnership with Nomacorc. The experimental design adopted is shown in Figure 3. Wines were bottled with different HSO values by different degree of CO2 flushing of the headspace.

The Headspace volume of 6mL represents typical industry settings for cylindrical closures. However, as 375 mL bottles were used in this study, the levels of oxygen contained in these headspaces (expressed in mg/L wine) would be 50% lower if
750 mL bottles were used. When HSO values are calculated for 750mL bottles, final values of 0.2, 1.45, and 2.9 mg/L wine are obtained for the three inerting levels. It can be concluded that the range of HS oxygen concentrations in this study is similar to that found in other studies. Therefore, although obtained in an experimental setup, the observations of this study provide meaningful indications regarding bottling management in large-scale winemaking.

Free SO2 evolution was followed over time during bottle aging (375 mL bottles were used for this study). Results for the three HSO levels studied are shown in Figure 1.

Initial HSO (and therefore TPO) had a great influence on the decline of SO2 in the first fpur months. HSO values of 5.7 mg/L resulted in a loss of free SO2 of 32 mg/L (> 50% of the initial value) in this timeframe, while in the case 0.4 mg/L HSO only 15 mg/L were lost. Interestingly, free SO2 loss between four and fourteen months of bottle storage was comprised between 6 mg/L and 8 mg/L, corresponding to about ¼ of the free SO2 lost in the first four months under conditions of high HSO at bottling. This indicates that TPO at bottling plays a primary role in the evolution of free SO2 in the first months after bottling, highlighting the importance of TPO components, such as HSO in this case, in wines for rapid consumption. The direct connection between initial HSO and loss of SO2 suggest that TPO management could be of primary importance to increase the shelf-life of low-SO2 wines which are highly sought by today’s consumers, including organic and biodynamic wines.

However, the importance of TPO is not restricted to short term scenarios, as variations in TPO can result in changes in wine aroma profiles that will manifest after longer bottling periods. Sensory analysis carried out on the wines after 24 months of bottle storage at 14°C is shown in Figure 2. Wines with the lowest and highest HSO levels were found to be different in the intensity of the ‘developed’ character, with wines bottled with lower HSO having lower developed notes and higher overall impression. Differences in the ‘reduction’ attribute were negligible

When it comes to wine post-bottling development, closure oxygen permeability (OTR) is not the only factor affecting the evolution of wine in the bottle. TPO (total package oxygen), namely the sum of dissolved (DO) and headspace (HSO) oxygen present at bottling can play a major role. Too high TPO, often resulting from excessive oxygen pickup during bottling operations, is associated with premature loss of SO2, and uncontrolled TPO variations can determine significant bottle to bottle variation. Monitoring of TPO is crucial to reduce unpredictable variations during bottle storage, and could provide a powerful means to reduce SO2 doses at bottling.