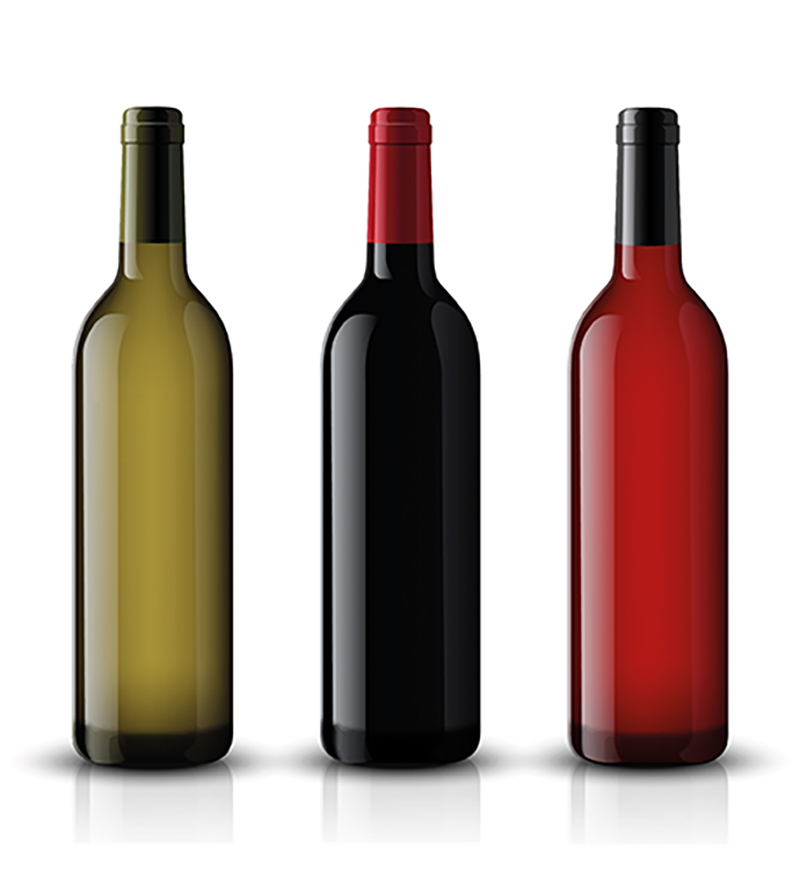 There is a huge selection of glass packaging available to winemakers and brand owners and options seem vast, wide and endless.

The differing quality and lack of supply of glass bottles on the market throughout 2019 taught a lot of people that consistency of supply and glass quality is an important consideration for winemaking.

Making a choice of what your brand will be bottled in and how it is represented is really important to both the winemaker and brand owner. Sustainable packaging is more and more important to consumers and in turn wine producers and having lightweight glass while maintaining performance for both still and sparkling is important.

UV protection is also important and there have been some headways in incorporating UV protection into flint/clear glass bottles to maintain the visual appeal for Rosé and white wine. Both quality and branding are important features to the glass packaging wanting the wine to taste its best through sensory perception and actual quality of the wine. It’s important the value of the wine is maintained especially considering all the effort and cost to produce.

In the article I will cover the UV protection different glass colours offer, the physical and chemical properties of glass as well as a new glass forming technique that maintains both structural integrity but allows for lightweight bottles for both sparkling and still wine.

Glass is obtained by melting a mixture of raw materials. The three main components in the process are:

• Silica, which is the vitrifying element (it melts at very high temperatures);

• Calcium (calcium carbonate), which is the stabilizing element (it improves the chemical resistance of the glass).

Other ingredients are added to these three components in order to obtain certain properties:

• Magnesium, that lowers the speed and temperature of the devitrification and thus enables the working of the material at better temperature conditions;

• Aluminium oxide, which lowers the coefficient of thermal expansion, increases the viscosity levels at processing temperatures and improves resistance to water and thermal shocks.

Other additives (nitrates, sulphates) are introduced in order to eliminate gas bubbles and improve the homogeneity of the vitreous paste, as well as colouring or decolouring agents. It is worth underlining that the decolouring of glass is not generally a chemical reaction but the result of a physical process based on the superimposing of complementary colours. With the production of flint glass (clear glass), despite the use of carefully selected raw materials, some impurities continue to be present (such as iron oxide or very small particles of chrome that give a yellow-green colour to the batch).

For this reason, appropriate amounts of other ingredients are added, such as selenium (pink) and/or cobalt (blue) to obtain the typical “colourless-transparent” aspect of glass. Other frequently added colouring agents are chrome (green), pyrite and graphite (dark yellow), copper (red).

Because of its distinctive features, glass can be considered both as a solid (because of its hardness, the ability to maintain its shape, etc.) and as a liquid (because of its isotropy, disordered structure, etc.), and it is therefore some-times described as a “high viscosity liquid”.

Between its extreme fluidity during the refining phase and the solid state of the finished product, there is the so-called “working range”.

• Hardness: this is increased by calcium and boron. Only diamond can scratch glass;

• Density: this varies according to the type of glass. On average it is 2.5 kg/dm3;

• Fragility: this well-known characteristic is partly a result of its viscosity, which may cause internal stresses during the cooling phase; these can be partially eliminated using a particularly careful annealing process;

• Resistance to compression: 40 kg/mm2. This makes it possible to use glass in the construction industry;

• Conductivity of electricity: glass is a very bad conductor of electricity in its solid state (the glass used as an electrical insulator is obtained by using specific variations in its composition, since the presence of alkali must be minimised in order to eliminate the surface conductivity, created by the saline solutions that form between the dampness of the external layer and the sodium silicates – the white effect).

Prior to 1970, most glass beverage containers were manufactured by the blow and blow (BB) process. However, it became apparent that to achieve the goal of reduced glass weight, innovations in the forming process were needed for greater control of glass distribution. This led to the innovation of the narrow neck press and blow (NNPB) process. This technology was used to manufacture nonrefillable bottles at reduced glass weights, while continuing to meet conventional minimum thickness requirements. This was achieved through the ability of the plunger to actively position glass, creating more uniform thickness distributions for a given glass weight. Today, NNPB technology is widely used in the production of non-refillable beverage bottles throughout the worldwide glass container industry. In recent years, the industry has begun to consider the potential use of NNPB technology for refillable beverage containers, which had been historically formed using the BB process. The interest in the NNPB process is the same as the established use for non-refillable bottles – to reduce weight by taking advantage of improved glass thickness distributions inherent in the NNPB process.

However, refillable bottles present distinct challenges due to reduced glass surface strengths that are associated with repeated use. Therefore, the current study was undertaken to evaluate the viability of using bottles that have been manufactured by the NNPB process in the refillable marketplace. This study utilised computer stress analyses to evaluate refillable bottles made by the NNPB process compared to the same bottles made using BB technology. In this initial study, internal pressure and vertical load results will be discussed. Impact considerations will be reported in a subsequent presentation. Four different beer bottle sizes and designs (330ml, 500ml, 650ml and 750ml) were evaluated. The internal pressure and vertical load stress indices of each design were obtained through finite element analysis (FEA), utilising an Autodesk mechanical simulation programme.

In a recent study, both identical minimum thicknesses and identical average thicknesses for NNPB and BB processes were analysed for internal pressure and vertical load stresses through finite element analysis and concluded that:

• When minimum thicknesses were maintained at the same value, bottle weight could be reduced approximately 14% through the use of the NNPB process. This weight reduction can be achieved with manageable increases in the stress index.

• When the average thicknesses are held at the same value, both the internal pressure and the vertical load performance can be significantly improved through the use of the NNPB process, while the bottle weight remains unchanged. Based on these results, NNPB would appear to be a viable candidate for refillable bottle production. However, additional work to include the effects of NNPB production on impact resistance is planned using the same approaches that were utilised in this study. These results will be reported in the future.