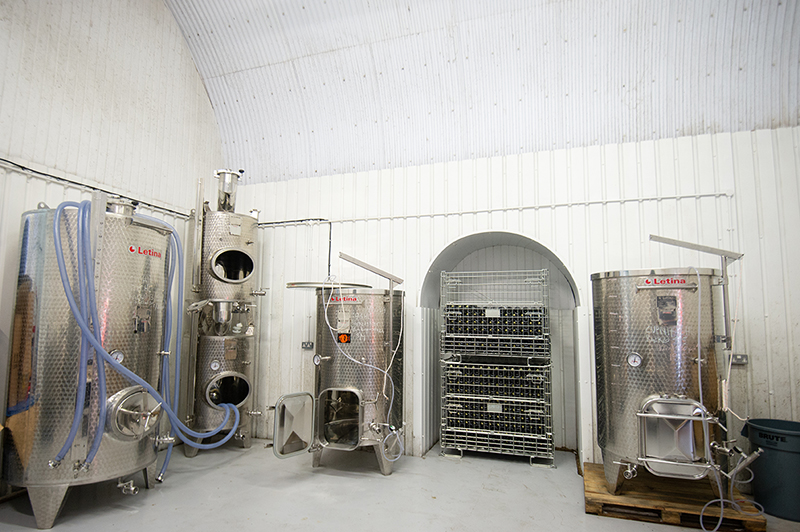 The coming of age of the English and Welsh wine industry.

Evidence of winemaking in the UK can be traced back to Roman times, in the form of wine cups and fermentation vessels from 1 BC. Yet, it wasn’t until the middle ages when the commercialising of vineyards occurred with the planting of Painshill Place in Surrey.

Unfortunately, the vineyard was scrapped due to, you guessed it, unfavourable climatic conditions, struggling yields and varied quality; something we can all relate to in the modern day. This is hardly the revolution we have come to know, but it was the start.

From the mid/late twentieth century our grape revolution was reignited, aside from a 14-year gap where there was a decrease in vineyard area as the lost souls at the time became disenfranchised by the British weather. To the believers, they knew this was our renaissance, our age of enlightenment, our time.

There is no doubt that global warming over the past hundred years has sent our weather into a frenzy; warming southern England by over 1.5°C in the past 65 years according to Met Office data. The rest of the world is on fire and having strong weather shifts.  The English and Welsh viticultural areas are benefiting from it.

This is of course not brilliant, but it has allowed vines to grow in more favourable conditions giving rise to a thriving agricultural community. This has led to more custom crushing in the last five years, alongside estate-made wine. On average during that time, 6.9 million bottles were produced. A long way from the quarter of a million bottles assumed to have been produced over 40 years ago. Despite the same variable climate, inconsistent yields and grape quality, people are still flocking to the UK, planting and looking closely at how our industry is progressing and evolving.

As our niche market gives birth to further revelations, new budding brands are reaching the market beyond their local consumer base, something that proved difficult previously. Social media is helping to propel popularity, among those savvy enough to exploit it. More exposure, in theory, maximises sales to help regulate the increased production.

New technology is on par with the sophistication of Japanese toilets, which by the way, if you have never used one, will change your life! These exciting times have paved the way to the micro-negoc, urban wineries, custom crushes and hybrid wineries, which have changed the face and notion of what is British wine.

A bit like the phoenix rising from the ashes? Ok, maybe not, but one cannot argue with the fact that in the past decade English and Welsh wines have grown in popularity and demand. Rising stars such as Dan Ham of Offbeat Wines (ex-Langham and Westwell Wines) have been successful in helping to alter the face, of conventional winemaking and sparkling wine.

This is thanks to a number of different factors, one of which was mentioned previously. However there is no doubt that the injection of investment has played a major role. Our little industry has attracted outside investment both domestically and internationally leading to more vines in the ground and state of the art wineries being built. Further reaching recruitment has proved successful in attracting a highly skilled labour force, both home grown and internationally. Winemakers and viticulturists are coming from all corners of the earth to gain cool climate experience in our little nook of the planet.

All this has added to our current state of positive growth, and while all this is encouraging, it is difficult to determine where our industry will go beyond. I would like to think that it will continue and the future will be secure, but I am not sure. I am of the opinion that the current rate of growth currently is unhealthy and untested. In an earlier piece in Vineyard magazine, I mentioned the 1 million vines going in annually over the past couple of years and the concern of wine flooding the market in a few short years. This is a real threat. I don’t think the current infrastructure will be able to handle the flood. I am going out on a limb here, but if smaller producers aren’t prepared to wade through the waters, they may be in for a shocking surprise. Bigger and more established companies may have developed strategies around such issues, but it will be a question can they survive the impending price wars or the influx of competition?

Closing on a positive note, in the past five decades the British wine industry has seen pioneers such as Breaky Bottom, Camel Valley, Carr-Taylor and more recently Chapel Down and Nyetimber paving the way. Their earlier commitment has helped blossom our industry into stardom and propel our wines into fine dining restaurants, pubs, shops and more recently the export markets. Those of us who have joined the struggle in more recent times have benefitted from the elbow grease and perseverance of the trend setters. Our industry has progressed immensely in the past decade, growing to one of the most exciting vine growing regions in the world. We should all give ourselves a pat on the back!