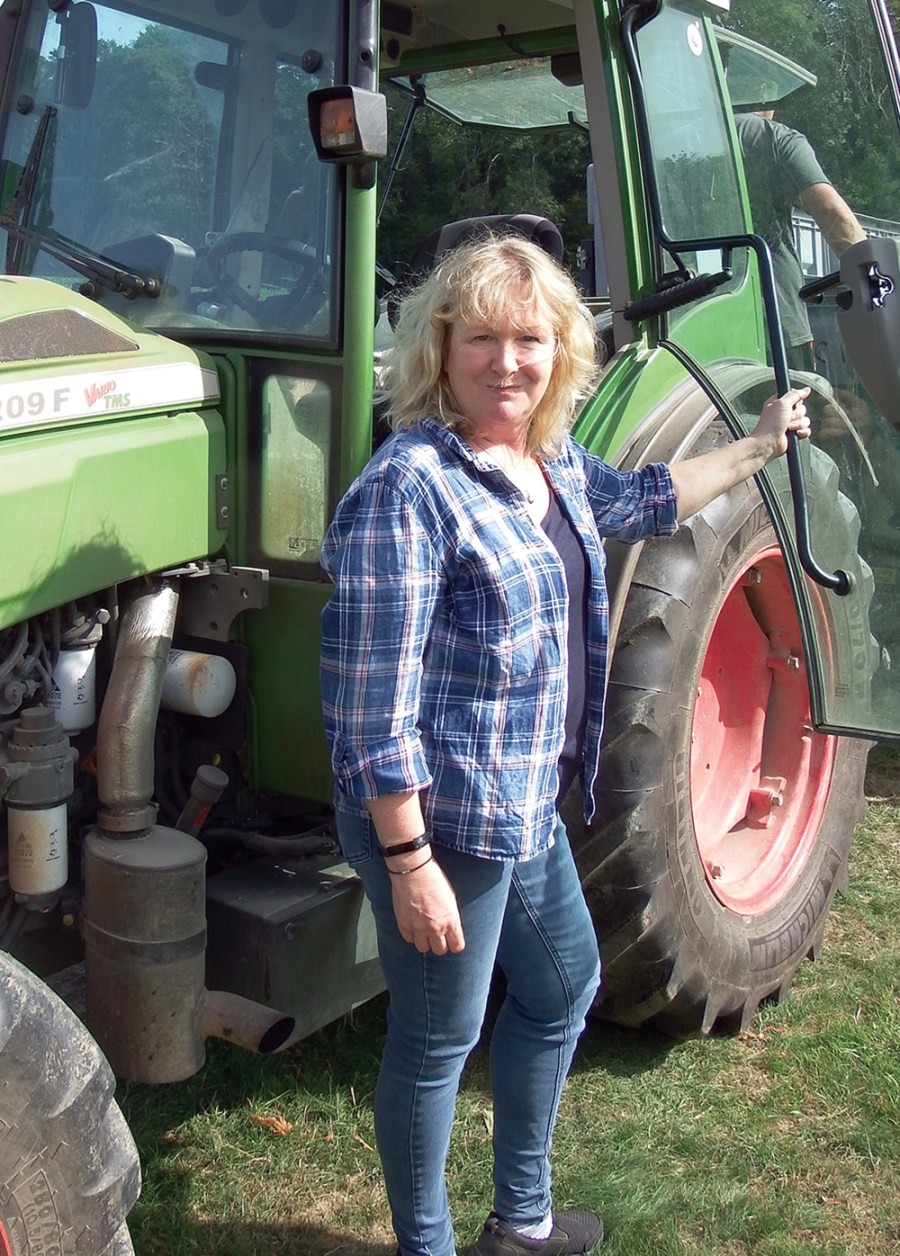 Few people in the UK have as much experience in producing wine, writing about the industry and teaching as Jo Cowderoy – and Vineyard is delighted to report that she’s agreed to take on another challenge.

Jo, probably one of the best-known and well-connected names in the industry, has agreed to be the new editor of Vineyard and will be responsible for the magazine from the December issue onwards. While she really needs little introduction, Malcolm Triggs interviewed her for this edition.

There can’t be many couples who have served their wedding guests sparkling wine they made themselves, particularly back in 1988, but that was the treat on offer at Jo and David Cowderoy’s reception.

“We used them as guinea pigs,” Jo laughed.  “But they all seemed to enjoy it and so we launched the wine commercially the next year.”

The sound of that first cork popping at the wedding breakfast announced the start of a long and distinguished career in the wine industry for both Jo and husband David.

Jo had been studying for a degree in agriculture at the University of London’s Wye College in Kent in 1984 when she “met a boy whose dad had planted a vineyard twenty years earlier”.

The ‘boyfriend’ was David and the vineyard was Rock Lodge in Scaynes Hill, West Sussex, where Jo went as a student to help the vine grower who was to become her father-in-law four years later.

David went to Australia to study oenology and viticulture while Jo finished her studies and began a career in agricultural journalism, writing at one stage for the then Milk Marketing Board. When David returned, they were married, serving one of the first sparkling wines made in England – made by Rock Lodge – and launching it the following year.

After helping to develop Rock Lodge with his father, Norman, David went on to set up Chapel Down Wines, where he was wine maker until the end of 1999. Chapel Down is now a well-known name in the industry, while Rock Lodge is managed by Plumpton College. David also worked as a ‘flying winemaker’ and then as a ‘group winemaker’ for several large importers, often achieving three vintages in a year.

Jo meanwhile developed her career in journalism and looked after the couple’s three young children before they moved to France in 2004 and made wine at Chateau La Bouscade in the Minervois region.

“We did everything,” Jo recalled. “We managed vines, made the wine and handled the exports and all the sales and marketing. It was great fun, a fantastic experience both for us and for the children and a special place to live.”

Jo and David built up the vineyard’s reputation, sold their wine internationally, mainly to the US, Japan, Canada, Britain and Europe, and won far too many awards to list here.

The family spent six years establishing a firm reputation as skilled winemakers in France, but by 2010 “the UK was getting interesting and we wanted to come back here to play a part in the rapid growth in English wine,” Jo recalled.

Jo began working at Plumpton College, where she taught soil science, botany and biology of the grapevine but, importantly, also set up and ran the WineSkills training course. This DEFRA and EU-funded initiative was hugely successful in its mission to upskill the UK wine industry during the five years for which it was funded.

Her time at Plumpton included taking students on study tours to glamorous wine regions including Champagne, Bordeaux, Burgundy and the Languedoc, trips which broadened her experience as well as giving her plenty of students-overseas stories she refuses to share!

After leaving Plumpton in 2015 she joined wine industry body the UK Vineyards Association, which in 2017 merged with English Wine Producers to become Wines of Great Britain – better known as WineGB, where she is currently that august body’s operations manager and editor of its in-house magazine.

“WineGB is central to the industry I love and I have thoroughly enjoyed my time here, but editing Vineyard is a new opportunity that I can’t wait to make the most of,” she commented. “I’m really excited at taking on a job that combines my background in journalism and my knowledge of the industry.”

Jo also achieved the Wine & Spirit Education Trust (WSET) Diploma in 2016 and has judged some competitions. “As well as editing the magazine I am looking forward to working closely with Sarah Calcutt and the Kent County Showground on making next year’s Vineyard Show a fantastic event,” she added.