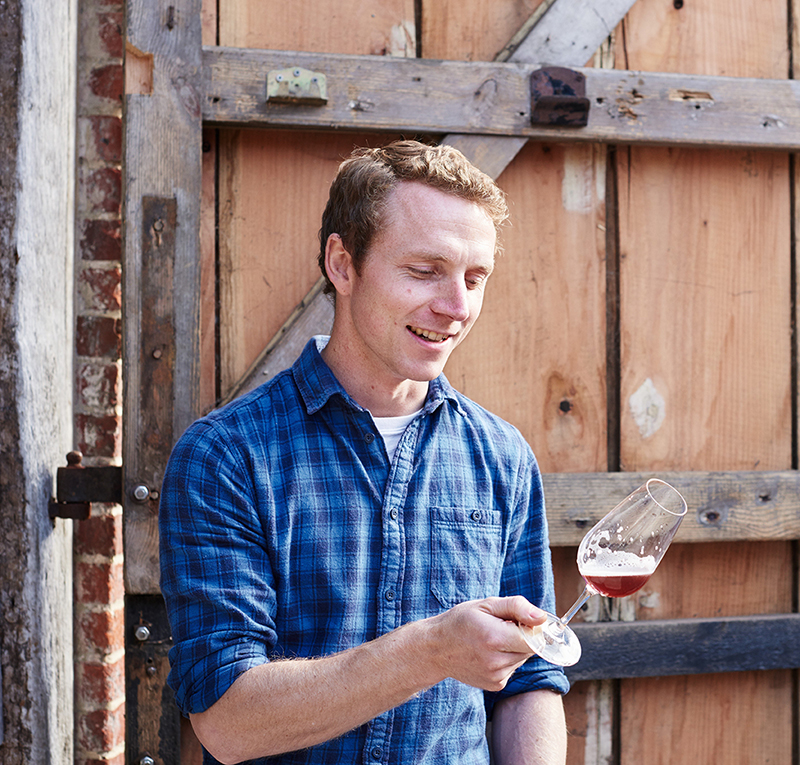 Daniel Ham has recently stepped down as head winemaker at Langham Estate, Dorset to focus on his own natural wine project.

After ten years in the English wine industry and having amassed an array of national and international awards, Daniel has decided to establish his own small sustainable winery on a biodynamic vineyard in Wiltshire.

After graduating from Plumpton College with the top student award, Daniel went on to become winemaker at Ridgeview Wine Estate, Sussex, and in 2015 moved to Langham Estate, Dorset as head winemaker and director. During his time at Langham he imported an Italian amphora and began producing natural wines under the Offbeat Wines label.

“In recent years, my interest has veered more and more towards sustainable winegrowing,” said Daniel. “I strongly believe that reducing inputs and promoting biodiversity both in the vineyard and winery is not only better for the natural environment but produces more characterful and terroir focused wines. Having worked and visited many wine regions around the world, I am often shocked at how far behind the English wine industry is in this regard. For example, by 2025 Champagne has set a target to be herbicide free and reduce its carbon footprint by 25%.”

The opportunity to pursue his own project is largely due to a “chance encounter” with Hugo Stewart, co-founder of the biodynamic Les Clos Perdus in South West France. After many years of sustainable wine production in France, Hugo decided to establish a biodynamic vineyard on his family farm in Downton, Wiltshire.

“I instantly felt an affiliation with Hugo’s approach to farming and that’s when the idea of establishing a winery at the farm began to take shape,” said Daniel. “One of the most exciting aspects of the new project is to offer contract clients an unconventional winemaking service, whereby we can produce alternative wine styles such as pet nat, col fondo or skin contact wines. There are many older vineyards in the UK that are planted with unfashionable disease-resistant hybrid varieties. These vines often produce excellent quality fruit with very little chemical intervention but the ability to successfully market the resulting wines sometimes requires thinking outside the box.”

The new winery, located on the edge of Salisbury, will house an extremely rare, square traditional Coquard basket press which is being brought in from Champagne. To make the building as environmentally friendly as possible, the floor has been partially sunk into the surrounding chalk to provide natural temperature control and electricity will be generated from a bank of solar panels on the roof. In turn, this renewable energy will be used to power the entire winery, including an electric forklift.

Production in the new facility will be limited to around 30,000 bottles a year with around 10,000 falling under the Offbeat label and the remainder made under contract for other growers. Offbeat’s debut wine sold out within a matter of weeks in 2019, with three new wines due for release in early summer 2020.