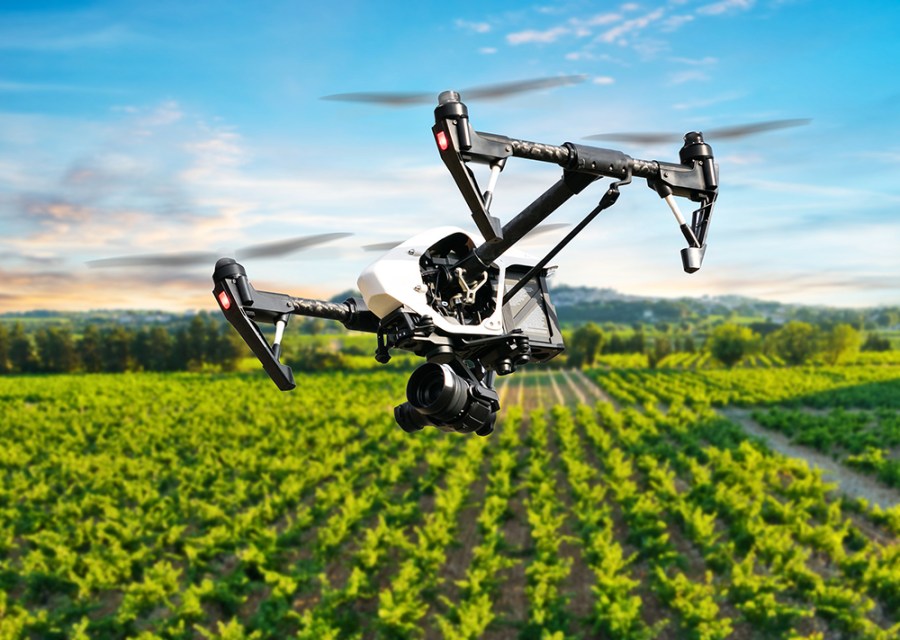 2019: A year of viticultural progress.

It certainly was an exciting year for UK viticulture. 2019 saw an increase in the uptake and implementation of a number of new technologies and practical advances in the way we manage vineyards. As the average hectarage of vineyards increases, management costs are becoming ever more important to control and economy of scale begins to play a more crucial role in how vineyards need to be managed.

Mechanisation has been a big part of UK viticulture since the beginning, however, factors outside our control have resulted in a universal increase and adoption of mechanisation over labour, especially on sites greater than five hectares. The cost of labour has increased over the last few years and will continue to rise in the new year with National Minimum Wage increases planned for April, while the uncertainty of Brexit has put pressure on the future availability of our labour market.

The most expensive vineyard operations are pruning and harvest, which traditionally have always been done by hand. The mechanisation of pruning is always going to be difficult as the majority of vines are trained on a single or double cane replacement culture system. However, the adoption of pre-pruners can reduce labour costs substantially by eliminating and/or reducing the timely operation of pulling out. Larger vineyards have recognised the cost savings and as a result there has been a noticeable uptake in their use.

There have been attempts at mechanical harvesting in the past, but most of it was on an experimental basis. 2019 saw somewhere in the region of 40 to 50 hectares harvested by machine, and for the first time, with two separate operators having a go. This looks to become more common place in the future as still varietals are planted more and more. There is some argument that the sparkling producers could benefit economically if they focused on portions of mechanically harvested Chardonnay with little loss to quality, but the sparkling Pinots will never be suitable via this method; however, this is not the place for that debate!

We have even seen a shift from one form of mechanisation to another caused by factors outside our control. The controversy surrounding herbicides and their potential loss of approval has forced many vineyards to explore and adopt mechanised approaches to weeding that include simple methods such as mechanical control, discs and ducks’ foot to more complicated under vine cultivators; all in favour of the herbicide sprayer. For some, herbicide exclusions have satisfied our greener conscience and a shift towards mechanised weeding has been realised in most vineyards. However, herbicides require only three to four applications per year, while mechanical weeding is less efficient and generally can require at least one or two more applications, increasing our carbon footprint.

There has been a significant advance in the adoption of precision viticulture technologies. Particularly with companies such as Sector Mentor who now work with over 20 vineyards in the UK. The team have developed a management tool app that allows you to efficiently record vine health, soil biology, biodiversity, yield prediction, yield tracking, ripeness monitoring and general vine observations. The advantages this technology provides is that it allows the vineyard manager to track the vineyards’ progress in a timely manner and develop historical information from which to make better informed decisions. Proper historical data can provide a better understanding of the vineyard and reveal its true potential. Better informed decisions will ultimately create efficiency and improve vineyard economics.

There are a number of technologies, such as the use of drones (unmanned aerial vehicle), which are entering their final development phases and will be available in the very near future. With rapid enhancements in camera technology, various UK-based drone companies are looking for new sectors to fly into. After a swift flight over your vineyard with a Multispectral Imaging camera, AI software is able to analyse the footage and look for anomalies. Although common practice in other farming sectors, (especially salads and arable) the ‘techies’ are still learning what to look for in vineyards. Drones are currently able to perform ‘precision agriculture surveys’ such as identifying pests and weeds, determining crop densities and monitoring moisture levels in the soil. While they’re yet to out-compete good ol’ boots on the ground, the AI technology is learning at a rapid rate.

Other advances, such as the increased accuracy and affordability of GPS, (Global Positioning Systems) has meant that its application to viticulture has become increasingly dependent. GPS has been used for a decade in vineyard establishment and in some mechanisation, such as sprayers, for flow rate efficiency. When you apply the advances in technologies including Sector Mentor, drones, multispectral imaging and now GPS; full mechanisation is not far off. Imagine fertilising only the deficient soils where the vines need it, spraying fungicides on only the vulnerable vines and harvesting only the ripest grapes. This kind of precision and efficiency will control costs and ensure that future vineyards maintain economic viability.