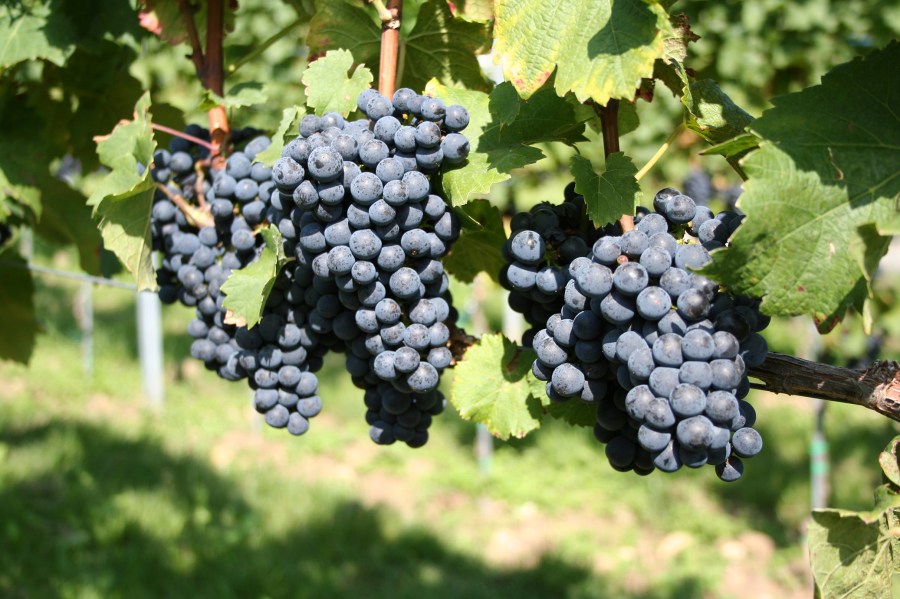 PIWI is a German abbreviation for Pilzwiderstandsfähig – which essentially means fungal resistant. These grape varieties have been bred and selected to have a high resistance to fungal diseases, so reducing the cost of inputs. Vineyard finds out why these innovative grape varieties have an important future in UK wine production.

PIWI varieties are interspecific hybrids and the result of crossings between Vitis vinifera and other species of the genus Vitis. The aim of the breeding programmes, which can take up to 30 years, is to develop new grape varieties that meet future challenges in the vineyard – such as lowering the impact on the environment by reducing spray use and vineyard operations. PIWI wines are already widespread in Germany and becoming increasingly popular in other countries, including the UK. PIWI International is a working group to promote these resistant grape varieties with a focus on the ecological, economical – and trendsetting – aspects of sustainable wine production.

Sam Doncaster is a British-born viticulturist who spends much of his time working on breeding programmes and field selections in Germany and Switzerland, with Freytag Nurseries and Pepinieriste Viticole Borioli. Sam has also conducted both Canadian and New Zealand PIWI field trials, and as a winemaker, has made wine from these varieties in commercial quantities.

“There are so many reasons why UK wine producers should be considering PIWI vine varieties,” commented Sam. “Firstly, there are a range of red varieties with an intensity of flavour for either stand-alone varietal wines, or as blending components. Secondly, PIWI varieties make economic sense as they have higher yields than most cool climate V. vinifera – in Germany I have seen 20 t/ha with some varieties, so in the UK, 12 to 15 t/ha may well be achievable – along with lower inputs and costs of production. But, most importantly are the considerations around chemical use, with its detrimental effect on soil biology, as well as residues, social and environmental responsibility, and legal issues. In my view it is important to plan and plant for the future. In addition, there may also be marketing advantages – with wine drinkers interested in ‘what is new’ and ‘what is different’. I don’t think the names put people off, as most of the names like Sauvignac sound sufficiently authentic and are not difficult to pronounce – and we are all familiar with words such as Cabernet and Blanc. So, in fact PIWIs make good business sense,” commented Sam.

“PIWI sparkling wines are increasing – with wickedly high yields, early picking dates, high acid with an unobtrusive flavour – they are so appropriate for this style of production.

Duncan McNeill, viticulture consultant based in East Anglia, is seeing more and more demand for PIWI varieties both from vineyards for new planting as well as from wineries – particularly the boutique ones wanting to buy PIWIs to make single varietal wines. “I have two PIWI varieties in my own South Bank vineyard in Essex, covering a third of the area, but I wish I had planted the whole 11 acres with PIWIs – I know I could have sold all the grapes. I have Pinotin, a red, and Sauvignac, a white. I think Sauvignac is such an exciting variety, it has good acidity and gets really good phenolic ripeness by leaving it on the vine for a while – which you can do because of its excellent disease resistance, and open bunches. It can easily get to 95 to 100°Oe! It is resistant to Downy mildew and does not need a copper spray. However, it does need to be sprayed with sulphur twice a year, around flowering, and this is on advice of the breeder Valentin Blattner in Switzerland, in order to help it retain a good resistance to Powdery mildew. There must be an increasing demand as the nursery Freytag cannot keep up with orders – and I know that PIWI varieties are now making up a larger proportion of their overall production,” commented Duncan.

“The cost of production with PIWIs is massively reduced, as inputs are lower, there is less tractor driving, and as many of the varieties have an upright growth habit, so the cost of wire lifting is cut. In fact, the vine breeder, Valentin Blattner, in his own Swiss vineyard grows on a high wire, and he does not use a tractor – he has sheep all year round to eat the greenery. There is a vineyard in the UK about to use this high wire and sheep system – this could be a real alternative to VSP for PIWIs,” added Duncan.

“Without a doubt I think PIWIs are important for the future of viticulture in the UK,” commented Duncan. “There is a different type of consumer now, they are interested in new varieties and new winemaking techniques. I have tried some great Pet Nat made from PIWI varieties in Germany, and these varieties are also great for low intervention and natural wines. We have had hybrids in the past, but this new generation of varieties offer both easy viticulture and good wine quality,” he added.

“At Bee Tree vineyard we are trialling three PIWI grape varieties; Caberet Noir, Cabernet Blanc, and Sauvignac. These have been sourced from the Freytag Nursery in Germany, where Volker Freytag has done a lot of work in their development. The hope is to have varieties that are more resistant to fungal diseases and require fewer applications of fungicides,” commented James Dodson, co-owner of Vine-Works UK and Bee Tree Vineyard in Sussex.

“There is a demand for more environmentally friendly approaches to viticulture, and as these varietals are more robust, they are potentially suited for our extremely challenging conditions in the UK. Yields from Caberet Noir and Sauvignac have been encouraging, and there has been a marked success in fungal resistance when compared to the classic varieties,” James added.

Guillaume Lagger is a Swiss national and oenologist who planted two hectares of PIWI varieties in Hampshire earlier this year. “I want to grow organically and think it is a nonsense to try and grow classic varieties organically as they need a lot of spraying. I am interested in varieties that have resistance and are low intervention, so that I can reduce all inputs in both the vineyard and winery,” explained Guillaume.

“I have 12 PIWI varieties which I sourced directly from Switzerland after seeing the vineyards and tasting both the grapes and the wines. The whites are Solaris, Sauvignac, Souvignier Gris, Muscaris, Sauvignon Sohyiere, and the table grape Muscat. The reds are Pinotin, Cabernet Noir, Cabernet Jura, Divico, Cal 1 – 28 and Muscat Bleu a table grape.

“I do anticipate that the marketing could be a challenge, but we don’t have to put the varieties on the labels, we have the advantage that we will be mostly hand selling through our cellar door – so people can taste first and find out the name of the grape later avoiding any negative preconceptions,” Guillaume added.

Sergio Verrillo of Blackbook Winery, and urban winery in Battersea, London, made a Cabernet Noir in 2018. “The wine had great reviews and sold well – in restaurants, direct to the public and we also exported about 20% to Finland. The style is reminiscence of a good Loire Cabernet Franc and it was our best-selling wine in the first half of 2020 – before all the lockdowns,” said Sergio.

“I think people may be less likely to buy a wine made with a variety that they have not heard of, but the wine was either hand sold here, or tasted in restaurants by the glass, which helps. If fact, we would get sales enquiries from people who had tried the wine in a restaurant and wanted to buy more. We have now sold out and I would definitely like to make more, but the grapes are currently so difficult to source, however I am pleased to be hearing of more plantings of Cabernet Noir and other PIWI varieties,” added Sergio.

“We now live in times where it is beyond question as to whether or not the UK should do some work in the direction of variety selection,” commented Sam. “This is for chemical spray issues – but also for business, for a healthier future. It is also for the individual act of creativity by trialling new varieties and naming them, registering those names to be associated with the UK – and to simply and technically lift our game and make better wines because the vines are more in keeping with the climate,” commented Sam.

Footnote: Cabernet Noir and Caberet Noir are the same variety and seem to be known by both terms.