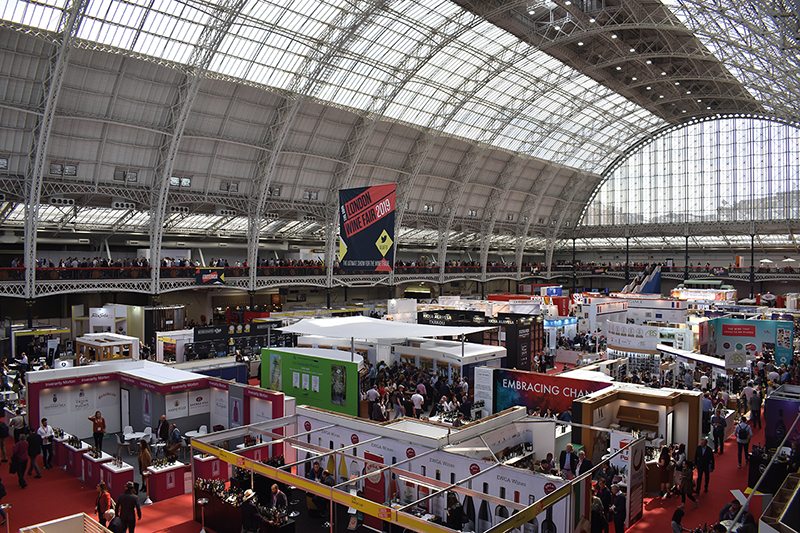 There has been enthusiastic support from English and Welsh producers to exhibiting at this year’s London Wine Fair.

The announcement last month that WineGB was returning to the London Wine Fair received a very positive response from the UK wine trade press and on social media. Several producers are now signed up to exhibit including Simpsons Wine Estate, Exton Park and Giffords Hall. Welsh vineyards will be returning as part of the Welsh drinks stand, and the ever-popular presence of Nyetimber’s double decker bus will once again feature prominently within the Fair. WineGB and many of the UK producers, including Vineyard magazine will occupy the Drinks Britannia area in Olympia. Last year’s visitor analytics revealed that trade visitor online searches by country saw English and Welsh wines come in sixth position, above both Spain and Australia.

Hannah Tovey, event director London Wine Fair commented: “Wine GB and LWF share a mutual understanding that its members will benefit from having visibility at the UK’s biggest and most important wine trade event. There is, simply put, no better opportunity to meet UK buyers across the on-trade and off-trade spectrum, on such a relevant platform.

“We are delighted that we already have a handful of WineGB members taking advantage of this new, bespoke opportunity and we look forward to hearing from the rest of them. Here’s to a fabulous and diverse showcase of our home-grown talent, from producers big and small.”

Any producers interested in exhibiting at the London Wine Fair, please contact Alex Booth, head of UK sales on a.booth@hgluk.com or call
0207 973 4668