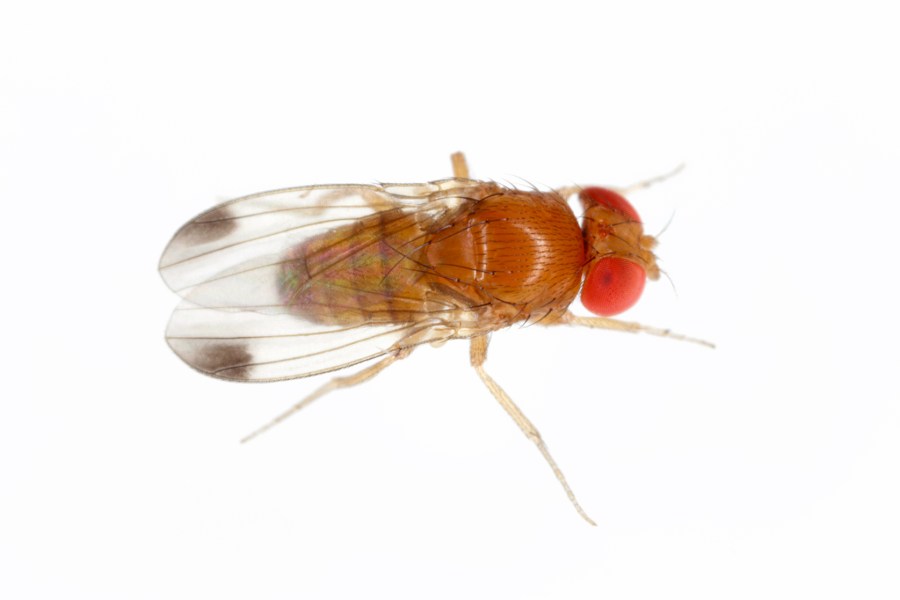 Spotted Wing Drosophila (SWD) can pose a serious threat to grape quality in the run up to harvest so growers must manage the risks now and throughout the year, as Hutchinsons agronomists Rob Saunders and Chris Cooper explain.

SWD may not currently be a widespread problem in every vineyard every season, but as the UK’s climate gradually gets warmer this invasive pest could well become a more established threat across a wide geographic area.

Chemical options remain extremely limited, and although CRD has once again granted a 120-day Emergency Authorisation for the cyantraniliprole-based insecticide Exirel 10SE on wine grapes this season, growers must look to integrated controls based around precision monitoring to effectively manage risks longer-term.

Adult flies are attracted to both ripe and under-ripe fruit to lay their eggs, with red grapes generally being most attractive, although white grapes can also be at risk for a relatively short period towards the end of the season when Brix levels reach 15 or above.

Ripening bunches damaged by SWD are more likely to develop botrytis and sour rot, plus the Acetobacter bacterium that causes fruit to rot can create further problems in the early stages of wine production.

At this time of year, good crop hygiene is therefore one of the most important ways of discouraging adult SWD from coming into the crop area, so all ripe, overripe, damaged and diseased grapes should be removed as quickly as possible.

Temperature is critical to the development and mortality of SWD, as females are active from around 10°C, with development and activity peaking at 27°C. Small populations can multiply very quickly given the pest’s capacity to complete its life cycle in just 7-14 days, resulting in up to 13 generations per year.

Numbers generally peak in autumn and early winter due to an abundance of food sources, but as this availability declines, adults disperse into hedgerows and woodland for food and protection over winter. SWD are weak flyers, so generally move on the wind.

Precise monitoring of vines throughout the season, and of background populations at other times of the year, is therefore key to managing the risks, especially as chemical approvals become more problematic. All growers should take responsibility for monitoring and managing their own local population.

The general recommendation is for DrosoTrap and Drosal® Pro monitoring to start in March and continue through to November, however there is a strong case for year-round monitoring, especially as attractants are likely to be more appealing when other food sources are less abundant.

Homemade attractants based on cider vinegar or home-brews of yeast, sugar and jam, for example, can be cheap options, but they are unlikely to offer the same selectivity as materials formulated specifically for attracting SWD. When presented with a trap containing many different species, it can be difficult and time-consuming to identify which are SWD, so any cost savings may be short-lived.

There are many products on the market, but leading supplier, Andermatt, has recently launched a new formulation of its DrosaLure® attractant – ‘DrosaLure® 2.0’, which they have shown has consistently caught more SWD than the old formulation in soft fruit trials, and will be more effective than homemade materials. It also says the new formulation offers better product stability which means it remains attractive to SWD for longer, requiring less frequent replacement.

The firm also offers another product (Combi-protec®) that it says increases adult SWD feeding, which, when sprayed immediately before an insecticide for SWD control, increases insecticide uptake. This achieves faster mortality over a straight insecticide treatment and without the reduction in dose level required by the adjuvant regulations. Trials have shown Combi-protec® can be used to allow repeat low-dose spinosad applications for SWD control, potentially using less spinosad over the season. Discussions are ongoing with CRD to legalise this position.

It builds on previous research which found that SWD avoided laying eggs in or around fruit previously exposed to another fly species, Drosophila melanogaster. The aim is to identify the chemicals responsible for this avoidance behaviour and use them to produce a naturally-derived product to protect crops.