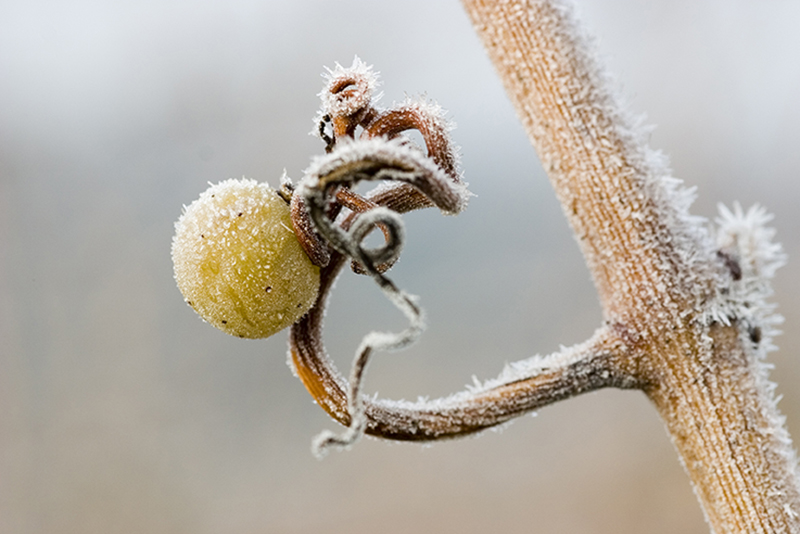 Spring frosts can be very damaging to vineyards, but it is possible to reduce the risks with careful planning, as Hutchinsons’ Chris Cooper and Rob Saunders explain.

Recent winters may have become milder and less severe, but late frosts still pose a significant risk to vineyards.

Yield can be lost through damage to primary bunch inflorescences, giving uneven grape maturity where a proportion of the crop arises from primary buds and the rest from secondary or tertiary buds. Tertiary and secondary bunches add cost as they generally need hard thinning later in the year to enhance ripening potential for a timely harvest.

Vines are at greatest risk of frost damage from mid-April to mid-May as inflorescences emerge, before setting fruit in June/July.

Of the fan systems, SIS-type vertical displacement fans offer varying success. They are positioned where cold air pools and expel air from the top of the unit, to keep air moving and are generally quieter than horizontal-axis, diesel-powered, tower fans and don’t require the constant driving of frost busters.

On sloping sites, the most economical method is to leave a decent sized headland, create openings in hedges/undergrowth at the bottom of slopes, particularly if there is a water flow, and let cold air drain away naturally.

Bougies can be sited and lit during risk periods, though practicalities limit the areas that can be managed. It may be worth notifying the local fire brigade and neighbours of their use to avoid unnecessary call-outs.

Ice crystals initially form around impurities, and one of the most common in nature is the ice-nucleating bacteria found on green vegetation and woody material. Six bacteria are known to catalyse frost formation; the most common in vineyards being Pseudomonas syringae.

It is thought that a small copper application, such as Headland Copper (copper oxychloride), to vulnerable shoots before the main frost risk period can reduce the presence of ice-nucleating bacteria, thereby reducing the likelihood of frost forming.

Improving the concentration of sugars and salts (solutes) in and around buds reduces frost risk by lowering the freezing point of the solution within those cells.

Biostimulant feeds, such as Maxicrop, Kelpak or Megafol, are all useful in achieving this aim especially with the addition of Wetcit. Equally, if frost damage has occurred, they can help plants repair damaged tissue and/or stimulate replacement bud growth.

Late pruning delays bud break slightly, so leave the most frost-prone areas until last. Leaving sacrificial canes, or laying down extra cane length during pruning, are other options, as is delaying tying down canes so bud contact with wires is reduced.

Retaining more buds than vines can support gives some flexibility in case buds are lost to frost. If little or no damage occurs, go back to prune or rub-out excess buds and/or complete tying down once frost risk has passed to manage canopy density, airflow and crop load.

The cost of any intervention must be weighed against the probability and likely extent of crop loss, labour availability and vine growth stage.